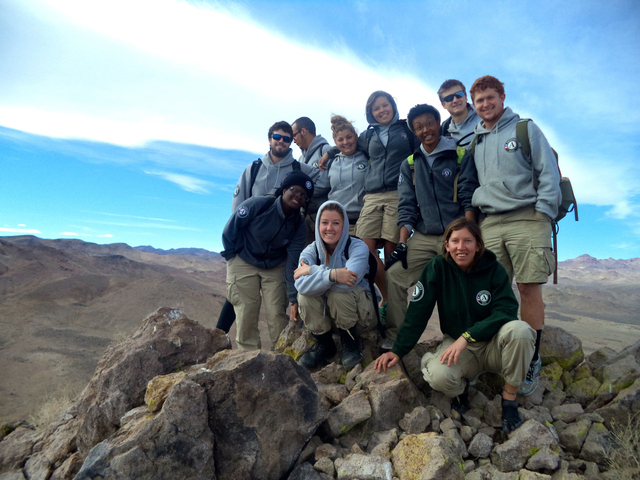 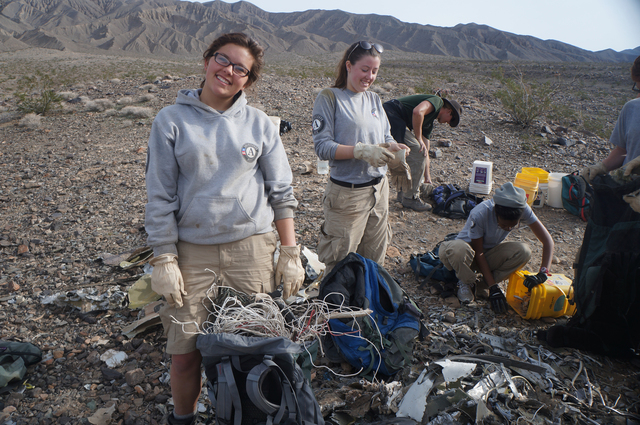 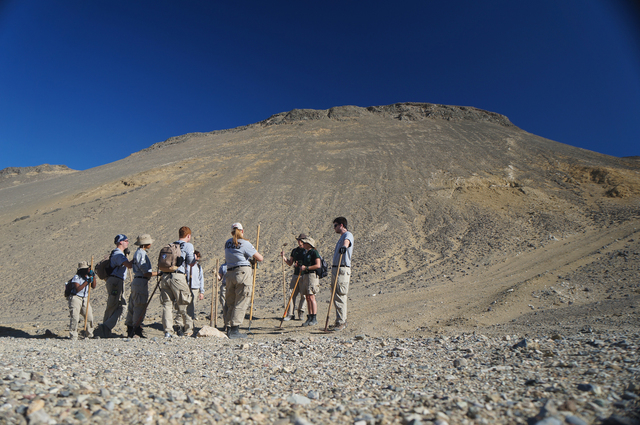 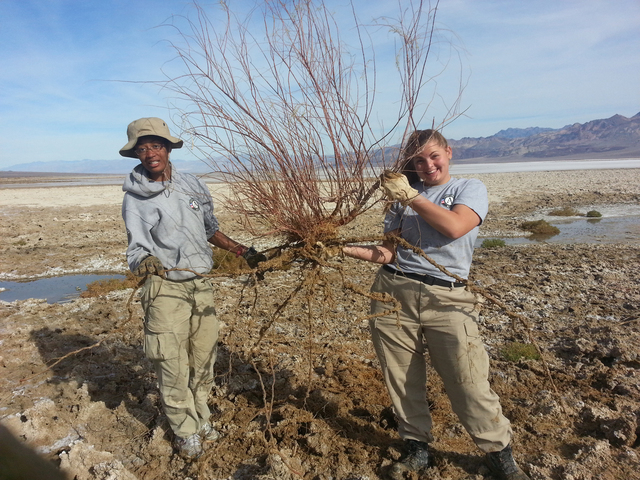 Everyone is looking for volunteer help these days and the government is no different. The AmeriCorps National Civilian Community Corps (NCCC) engage young Americans in a full-time, 10-month commitment to service each year.

Right now, a group of 10 volunteers just completed what it refers to as a “spike” in Death Valley with the National Park Service (NPS). The seven-week project ended Feb. 25. The project goal was to help clean up and restore Death Valley to its natural state, which members said, “involved recovering plane crash wreckage, clearing trails and removing plants not indigenous to the areas where they were growing. Team member Molly Koenig said, “The park’s low budget often leaves it understaffed and unable to complete the ongoing list of projects.”

The team stayed in campgrounds in Death Valley but utilize whatever other facilities are available in other areas where they volunteer. Team member Lauren McCaslin said, “Our living facilities vary. We can offer services to organizations as well — but the accommodations must be separate — male and female.”

McCaslin just turned 19 on Feb. 22, and has been a volunteer with AmeriCorps since October 2013. She has a history of volunteer work in her home community in Wisconsin and has worked with youth groups, her church and her school.

Her reason for joining? “When I got out of high school, I didn’t know what to choose for a career or what college to attend. I decided to take a break and do some traveling and see how other businesses work.”

“It took me about a year to get signed on with AmeriCorps,” McCaslin said. “You apply online. It’s like filling out a resume.”

She went through at least one telephone interview before being accepted to serve with Silver 5, which is based from her “campus” in Sacramento, Calif.

“I had about a month of training before my first travel assignment.” She said there was a delay for her first “spike” from the government shut-down in October.

AmeriCorps NCCC members serve for a 10-month commitment in teams of eight to 12 and are assigned to projects throughout the region served by their campus. They are trained in CPR, first aid, public safety and other skills before beginning their first service project. Members are based at one of five regional campuses and travel to complete service projects throughout those regions.

The website www.nationalservice.gov/programs/americorps/americorps-nccc states “AmeriCorps NCCC members address critical needs related to natural and other disasters, infrastructure improvement, environmental stewardship and conservation and urban and rural development.” They may also be called to aid the Federal Emergency Management Agency (FEMA).

The program is administered by the Corporation for National and Community Service (CNCS). CNCS is the federal agency that engages more than five million Americans in service through its AmeriCorps, Senior Corps, Social Innovation Fund, and Volunteer Generation Fund programs, and leads President’s national call to service initiative, “United We Serve.”

If you are affiliated with any serviceable or nonprofit organization and need help with a project, it’s possible the organization can get help from AmeriCorps through sponsorship. Go to the website to file a request, but be sure the organization has enough of a project to require at least 10 volunteers. It also needs to provide accommodations for them.

Sponsoring organizations request the assistance of AmeriCorps NCCC teams by submitting a project application to the regional campus that covers that organization’s state. In Pahrump’s case, Sacramento is the closest campus. The campuses provide assistance in completing the application, developing a work plan, and preparing the project sponsor for the arrival of the AmeriCorps NCCC team.

Two years ago, when NyE Communities Coalition had started a Youth WERKS culinary program with a cafe open to the public, part of the objective was to incorporate a garden into the program and use the produce in the menu.

Several members of AmeriCorps pitched in to help Home Depot with the project.

McCaslin said, “In order to graduate the program, members have to serve 80 hours of independent service that doesn’t involve the team. She said when the required 10 months of service and the independent hours are completed, the team member is awarded a Pell grant of $5,500 towards college tuition. “You can sign up for as many 10-month stints of volunteering that you want, but you can only collect the Pell grant twice.”

Drawn from the successful models of the Civilian Conservation Corps of the 1930s and the U.S. military, AmeriCorps NCCC is built on the belief that civic responsibility is an inherent duty of all citizens and that national service programs work effectively with local communities to address pressing needs.

AmeriCorps NCCC is open to all U.S. citizens, nationals or lawful permanent resident aliens between 18 and 24 years old, and members serve full time during a period not to exceed 12 months.

They are given a living allowance of approximately $4,000 for 10 months, housing, meals, limited medical benefits, up to $400 a month for childcare if eligible and member uniforms — on top of eligiblility for the education award.

Another group, Team Silver 2, is currently working with the Bureau of Land Management (BLM) until March 21. This team of eight NCCC members will be working with the BLM at four project sites. They began their service Jan.15 in Barstow, Calif., where they focused on restoration activities, including painting, landscaping, and carving new trails at the Desert Discovery Center.

The team just finished serving in Shoshone where “they worked with Amargosa Conservancy completing trail work on the Amargosa River Trail, the China Date Ranch and Shoshone Village Trail.”

To enlist the help of AmeriCorps or apply to join the organization, go to www.nationalservice.gov/programs/americorps/americorps-nccc.