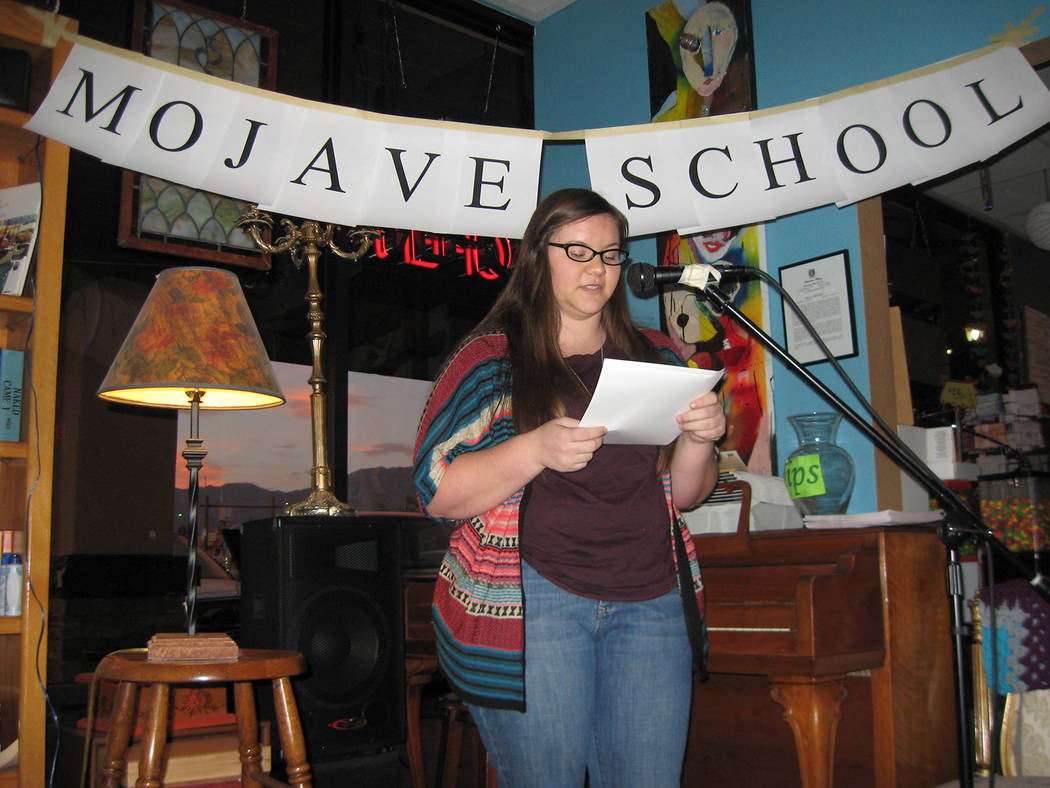 Photo provided to the Pahrump Valley Times An unidentified student is shown doing a reading after the first Mojave School workshop in 2013. The focus of the workshop, said Claire Vaye Watkins — winner of the 2012 Story Prize, the Silver Pen Award from the Nevada Writers Hall of Fame, and other national awards — is telling stories, not following rules. 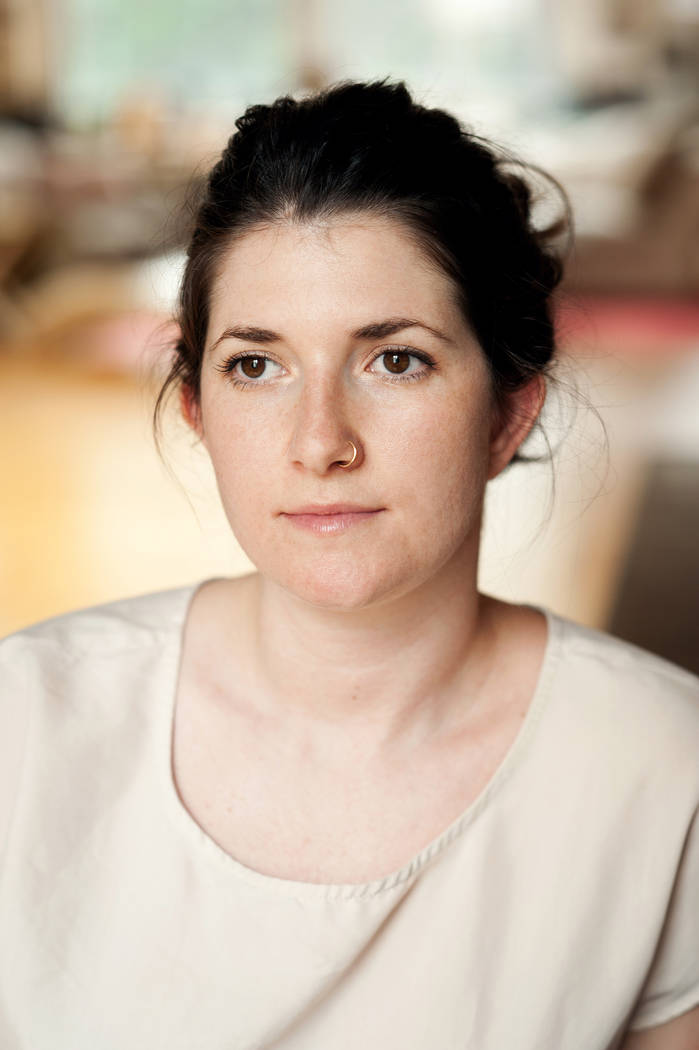 Photo provided to the Pahrump Valley Times Author Claire Vaye Watkins is shown in this photo. Watkins received her undergraduate degree from the University of Nevada, Reno and her Master of Fine Arts from Ohio State University and still became a literary celebrity with the launching of her book “Battleborn” in 2012.

Any young person between the ages of 13 and 18 who can show up with a pen or pencil in hand is welcome to study creative writing with critically acclaimed authors Claire Vaye Watkins and Derek Palacio at Pahrump’s Mojave School this summer.

The weeklong workshop runs from June 19-23 and registration is free.

The focus of the workshop, said Watkins — winner of the 2012 Story Prize, the Silver Pen Award from the Nevada Writers Hall of Fame and other national awards — is telling stories, not following rules.

“For us, at the Mojave School, it’s about the creation and the joy, how empowering it can be to tell a story. Teenagers have a very intense experience of the world and it can be powerful just to vent that.”

“As a young person,” she said. “I thought if I wanted to be a writer I’d have to move to New York City and that would have been a kind of death.”

Instead, Watkins got her undergraduate degree from the University of Nevada, Reno and her Master of Fine Arts from Ohio State University and still became a literary celebrity with the launching of her book “Battleborn” in 2012.

“Battleborn” is a short story collection written close to the raw bones of human experience in the Nevada and sometimes California deserts. It was called by the New York Times “a stunning amalgam of historical documentation, essay and fiction.”

“I think the desert is a place we don’t hear enough from. I would love to see more stories from that place, just remind people that that place matters,” Watkins said.

This is one of her motivations for teaching the Mojave School.

“I want the kids to understand that just because they grew up off the beaten path doesn’t mean they don’t have valuable stories. Any young person who has a burning desire to tell stories, I don’t want that flame to go out on my watch. The stories might be painful or confusing, but they matter.”

To keep those flames burning, the Mojave School plans a week packed with field trips and literary experimentation.

The students will visit China Ranch for a nature hike with owner Brian Brown, who, when he was Watkins’ teacher many years ago, was the first person to inspire her belief that there were stories to be found in the desert she called home.

“He showed me things I hadn’t seen before,” she said.

They may also visit the University of Nevada, Las Vegas. On the last day of the workshop, the students will have dinner in the Las Vegas arts district and do a reading of their work at the Writer’s Block, an independent, interactive bookstore.

The school is open to anyone, from young writers who may already have published in some form, to those who have no experience with creative writing and “everyone in between.”

During the upcoming June class time, from 9 a.m. until noon Monday through Thursday at the NyE Communities Coalition, “We will try on different types of styles, try imitations, try to be omnivorous in our reading,” Watkins said. “We will also get into some technical stuff. We’re thinking of it as a lab for a bunch of different [writing] experiments.”

Students will write freehand, not with computers, and the school provides notebooks. Watkins and Palacio will also provide free transportation to the field trips and even to and from the school if needed.

The Mojave School is for the most part funded by the personal income of Watkins and Palacio (who were married in 2014). Watkins is the author of “Battleborn” and a more recent novel “Gold Fame Citrus.”

Palacio is the author of “How to Shake the Other Man” and “The Mortifications,” a New York Times Best Book of 2016. Both are freelance contributors to literary and editorial publications, in addition to holding full-time university teaching positions.

So “when we get a little unexpected income, it goes in the Mojave fund,” Watkins said.

This year, the fund covers transportation for the students and dinner on Friday.

With support from the University of Michigan’s Helen Zell Writers’ Program, the Mojave School will include writer Rebecca Fortes as a coordinator and assistant teacher.

Since its founding in 2013, the school has worked with an average of about 12 students per season.

While the goal is to inspire and encourage new storytelling, Watkins said that she has learned from it, too.

“These teenagers taught me a lot about not being so precious about my work. They’re a little more process-oriented, not thinking about the outcome. The reward for the work is the work—to get it right, to encapsulate that feeling in a story in just the right way, is beautiful. It reminds me of my own priorities and the privilege and joy of making art.”

And coming home to the Mojave every year is essential to Watkins, who spent her early childhood in Tecopa and her adolescence in Pahrump. She no longer has family living in the area, but she visits the place where her parents’ ashes are scattered and spends time in the desert listening for stories.

“Going back helps me to remember things, which helps me tell better stories. I never feel quite myself in other places. I know myself when I’m there, and the place knows me.”

Ultimately, “art helps us understand who we are and how we can make the world a little bit better,” Watkins said, “and it begins with telling stories.”

Robin Flinchum is a freelance writer and editor living in Tecopa.