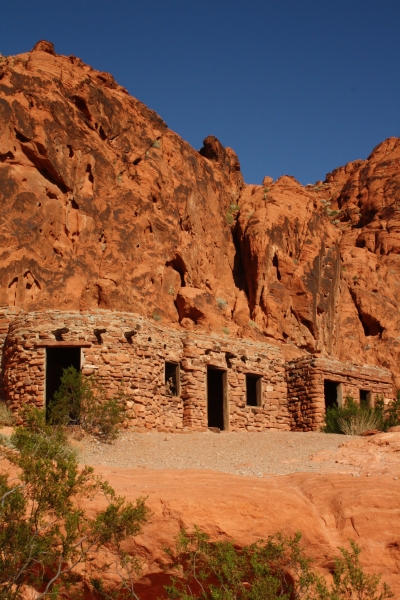 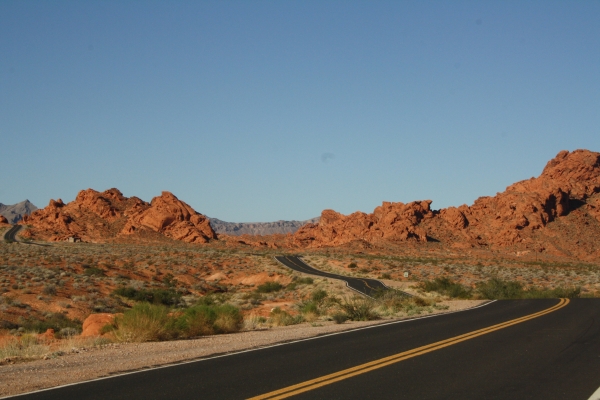 It’s pretty hard to go wrong with an excursion to Valley of Fire State Park.

And while many of its attractions lie just off main roads and are accessible to those who can’t walk far, or don’t wish too, it also offers a plethora of foot trails, some suitable for beginning hikers and others challenging to veterans.

At about 42,000 acres, Valley of Fire is Nevada’s largest state park. It’s also the oldest, established in 1935. The park’s colorful landscape is primarily made up of red sandstone, sculpted into graceful and dramatic shapes by millions of years’ uplifting, faulting and erosion. Human history here in the park dates back to 300 B.C. with people called the Basket Makers.

Although it’s at the end of the park farthest from the main highway, the best place to begin a visit here is at the visitor center. Here you can pick up a map and brochure and take a look around at the interpretive displays on the geology, ecology and history of the park.

From the visitor center, a logical next stop would be at Mouse’s Tank; its parking area is just one mile up the road. An easy hike, only a three-quarter-mile round trip, takes you up a sandy wash, past hundreds of petroglyphs, to the tank itself. This natural tinaja was named for a fugitive Paiute who lived in this area in the 1890s. Mouse’s knowledge of this natural water hole, in an exceedingly dry landscape, enabled him to evade authorities for some time.

Follow this same road to the end, or about 5 ½ miles from the visitor center and you arrive at the White Domes Trailhead. This hike is usually done as a 1.25-mile loop. There are some interesting formations along the way, including a great slot canyon. There is also evidence of the film industry shooting some footage here.

The first part of the loop is like walking on a sandy beach but after just five minutes or so the walking becomes easier as you descend into a large, flat, open area. Here you will find the remains of a movie set built in 1965, for “The Professionals,” a hit Western movie starring Burt Lancaster, Lee Marvin and Jack Palance. After visiting the old set, continue south on the trail and then head right in the large open wash, and you will see the entrance to the slot canyon. Follow through this and go right up a small rise to continue your loop back to the trailhead.

Other places that shouldn’t be missed include Atlatl Rock, where visitors can climb stairs and see some very unusual petroglyphs, including representing the ancient spear-throwing weapon called an atlatl.

The Cabins were built by the federal Civilian Conservation Corps (CCC) just after the park was established, and remain rather well-preserved ruins, worth a visit for their historic interest. Made of native sandstone, they were charmingly primitive and were appreciated by travelers in an era when they didn’t expect luxury in overnight accommodations. When the park first opened, about 9,000 visitors came, while now more than 200,000 visitors come yearly.

Don’t forget to bring a picnic lunch, or at least snacks, as the park offers no services. But it does offer some very nice picnic facilities at Atlatl Rock, Seven Sisters, the Cabins and White Domes, all of which have shaded areas with restrooms.