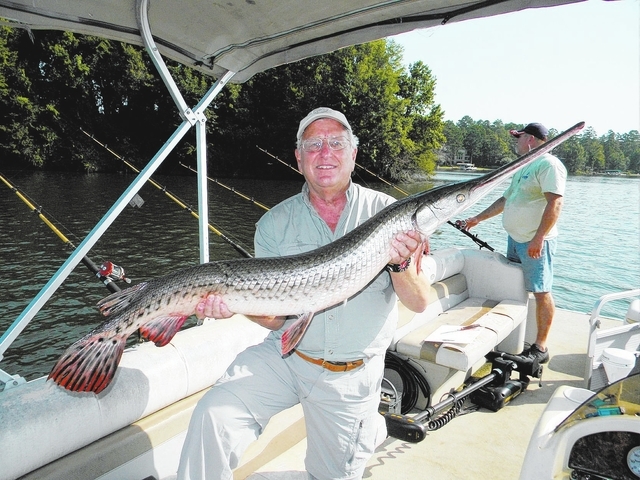 This story is an excerpt from “Sportsman’s Quest-the Book.”

At the recent Safari Club International (SCI) Convention in Reno, I met up once again with my African outfitter friend, Ken DuPlessis and made a new acquaintance, Fred Boyer, who had recently hunted Cape Buffalo in Mozambique with Ken. And quite a hunt it was.

Some of you may have heard of Fred; he is one of the leading American wildlife sculptors. He has received many national and international awards, which means from a practical standpoint, I’ll never be able to afford one of his original works. He’s good.

Fred is also an avid hunter and sportsman. That’s where this story begins. He received a call from Ken, whom he had hunted with previously, and was made aware of an exceptional hunting opportunity for African cape buffalo. It was in an area of northern Mozambique which hadn’t been hunted for the past quarter of a century. It lay on the Lugenda River just south of the Tanzanian border.

They would also be among the first European/American tourists to enter the isolated area in recent memory of the people living there. Fred’s wife joined the boys on this trip and the locals found her fair skin, blond hair and confidant American independent nature somewhat unique. For many of the younger locals, this was their first encounter with a “white woman” who acted as her husband’s equal. Their attitude changed after she skillfully stalked and shot a 14 ½ foot crocodile. She then became the village’s heroine.

The hunters found their camp comfortable, the food and wine excellent, but the region had no fresh water, so they bathed in the ocean and brought in all the necessary drinking and cooking water. This was during the dry time of the year (September – October) when the temperatures would reach 120 degrees during the midday. Animals, including elephants, would come into their camp at night seeking any water the hunting party left available from the day’s activities. This was not your typical tourist excursion.

Hunting occurred by driving on the hundred miles of hand-built road (trail), which was regularly made fresh by dragging it clear of tracks with brush pulled behind a large Mercedes Hanomag truck.

During the morning and evening hunts the hunters would look for fresh tracks crossing the cleared area and follow them on foot if they found something promising. They did find tracks of fourteen or fifteen cape buffalo; some were significant for their large size, and they were off.

The herd was found after several hours of tracking, but was spooked by elephants, which seemed to enjoy chasing the buffalo. The hunters followed and several more hours later came upon the herd once again. One old fellow stood out among the rest. He was off to the side and was what locals call an “ol dugga boy.” He was larger and older than the others and stood with what seemed an attitude of intolerant superiority. This attitude has caused some authors to refer to him as “Black Death,” or “having a look that stares straight through you.” Both are apt descriptions.

Fred was ready; his guide instructed, “Shoot just above the grass height.” as the buffalo’s heart is low in its chest. At seventy yards Fred laid his sights low on the buf’s shoulder and carefully touched off a 375 H&H magnum solid from his Sako rifle. “A good hit,” said the guide, “but one will rarely do it.”

As the buffalo ran, it made the characteristic circling maneuver to put itself into an ambush position.

Soon the trackers found a single speck of blood on a blade of grass, always an amazing feat, and followed the spoor. An hour later they came upon what they call a pan, we would call it a clearing, and all were sure the buffalo was nearby.

As they walked closer, three abreast, they discovered the buffalo had once again circled around to their rear, and it suddenly charged.

Fred’s shot broke the charging animal’s back and then again, a frontal shot which dropped it in its tracks near the hunter’s feet.

This ended with what Ken, the old Professional Hunter (PH), called “A typical Hunt, with all the elements.” They spotted tracks, followed, stalked, had the buffalo circle to charge and finally dropped it in full charge. Just another day at the office for an old PH and an adventure to remember for Fred Boyer, my new friend. I’ll look forward to having these gentlemen perhaps cover me on my next African safari. Come join us.

If you can’t make it to Africa, join us at next year’s SCI Convention or at the Grand Slam Club/OVIS Convention February 18th – 21st in Las Vegas (see below).

It’s THAT time of the year again! Conventions and banquets abound. There is something for everyone who enjoys the great hunting and fishing traditions. I know I will be attending as many of these as I can. It is a great opportunity to meet like-minded people and to learn about some of the newest innovations in the hunting and fishing world. You can also find great travel deals on trips of a life time.

January 14 – 17, 2014 SHOT SHOW at the Sands Expo Center in Las Vegas. As the brochure says this one is – Too Good To Miss – for more information on this event go to www.SHOTSHOW.org.

January 22 – 25, 2014 Reno will play host to Wild Sheep Foundation’s The Sheep Show 2014 Convention and Sporting Expo at the Reno-Sparks Convention Center. This is considered the Premier Mountain Hunting Exposition in the World. Contact www.wildsheepfoundation.org for more information on this event.

January 25, 2014 the Nevada Sportsmen Unlimited will hold their banquet at the Gold Coast Hotel and Casino, doors open at 5:00 pm. There will be guns, ammo, hunting and fishing equipment, and an excellent meal. Bring the whole family, there will be a kid’s raffle also. For tickets call 702-558-2825.

January 29 – February 1, 2014 Grand Slam Club/OVIS Hunter &Outfitter Convention also in Reno, NV they too will have great exhibits, auctions, seminars and raffles. More information can be found at www.wildsheep.org or www.superslam.org.

February 5 – 8, 2014 The Biggest – The Best – The Safari Club International Convention will be held at the Las Vegas Convention Center in Las Vegas, NV. This truly is The Ultimate Hunters’ Market. www.ShowSCI.org or www.SafariClub.org.

Fred Boyer is certainly an accomplished hunter, fisherman and sportsman and he uses his skills as an artist/sculptor to bring his bronze subjects to life.

It begins in the field with lots of photography, sketches and careful physical measurements of his subjects, then it’s into the studio where the art takes place. From Styrofoam and clay to bronze, he turns his creations into more than just reproductions. He’s able to capture their essence and the excitement of the moment.

When one looks at one of his bronzes of guides or wranglers leading pack mules, a fisherman with a big one on the end of the fly line or an African game animal in what PH Ken calls a ‘”typical situation,” the thought comes to mind, “I’ve been there, done or seen that.”

Fred has been a school teacher in Alaska, where he also guided, and a Forest Service smokejumper, but he’s always come back to his love of art. As he says, “I like to depict things as they are, capturing the essence, the feeling, of the animal.”

For examples of his art and more information go to www.fredboyer.com.

Recipe of the Week

I’m not sure of the best way to prepare an old “dugga boy.” If he’s really old and tough it might take a culture other than ours to enjoy its unique qualities. However, if it’s young or if you decide to use a cut of venison or beef, here is a delicious stew directly from the African safari camp. We all have our favorite stews, to be enjoyed on cold winter days, and this is mine.

Rinse and pat buffalo dry; dredge in flour seasoned with salt, black pepper and cayenne pepper; heat oil in large oven proof pan; brown buffalo in oil and remove; add onion to pan, cook until translucent; add garlic and cook until garlic softens; add remaining ingredients except corn starch and reserved ½ cup broth, stirring well to remove any browned bits from the bottom of pan; return buffalo to pan; stir to make sure all ingredients are incorporated; cover and bake in 350º oven for two hours or until meat is tender (two weeks for “ol dugga boys” (?); mix cornstarch and beef broth together; place stew back on stovetop and thicken with broth mixture; serve with a nice green salad and warm crusty bread.