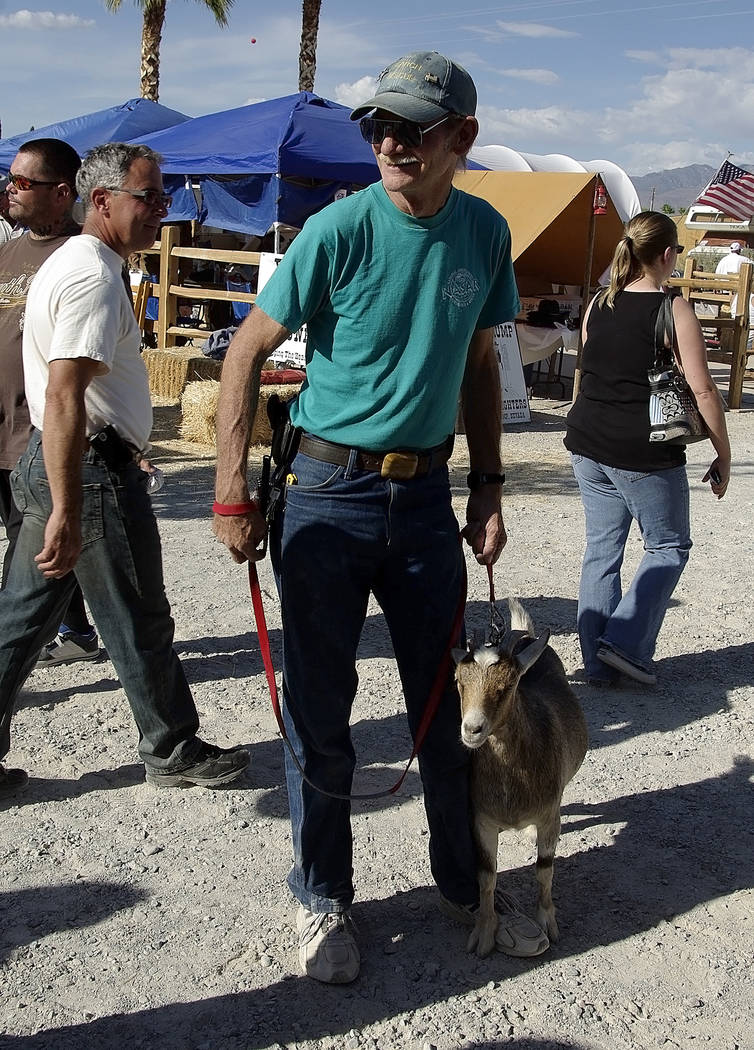 Horace Langford Jr./Pahrump Valley Times - Dr. Walt Cosdon and Bambi at one of the town's many festivals. Bambi the goat loved people, especially the kids and Walt would take her everywhere with him. 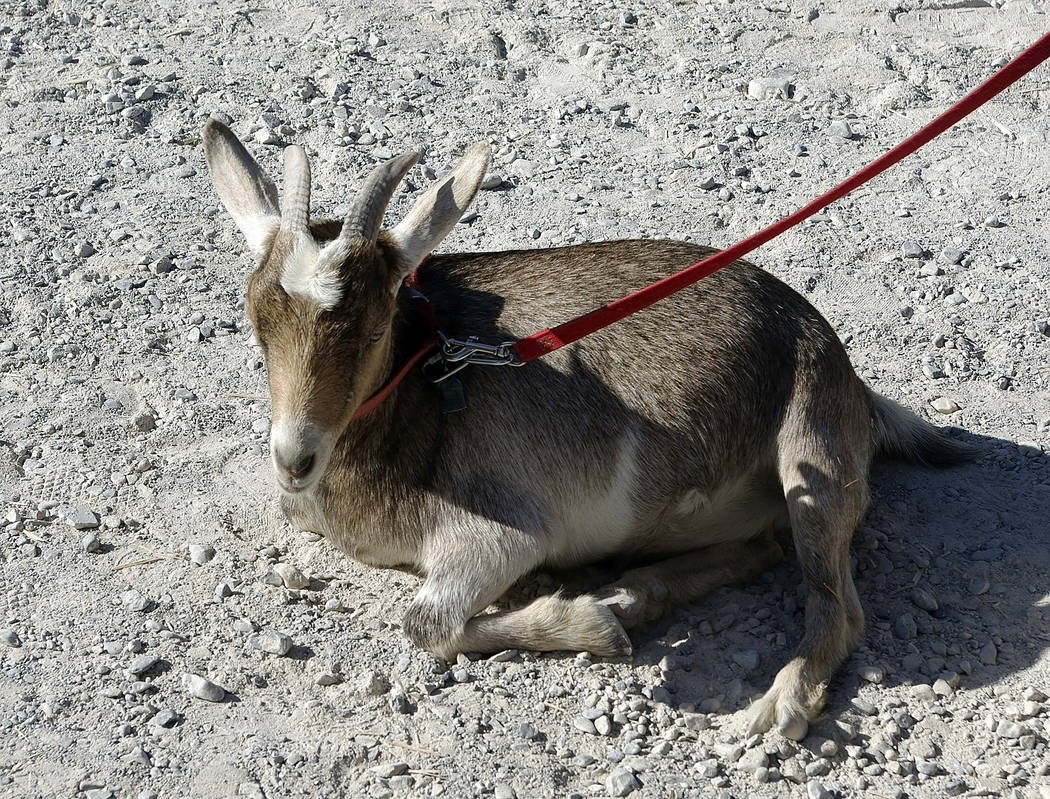 Horace Langford Jr./Pahrump Valley Times - Bambi the goat was with Dr. Walt Cosdon for nine years. She passed away on June 3.

A Pahrump man, known simply as the “goat man,” otherwise known as Dr. Walt Cosdon, has been seen driving around in his pickup truck with Bambi the goat throughout the town for the past nine years.

The two were inseparable until Bambi passed away on June 3.

“You know, a goat is just as smart as a human 2-year-old,” Cosdon said. “My goat was just as loving as a dog.”

He got her in July 2008 when a friend who raised goats had put an ad in the paper about goats and since then had been constant companions.

Cosdon is a retired coroner. He said he last worked with Esmeralda County.

Bambi was part of the family

Cosdon said his goat was no ordinary goat and helped him to replace his family that he lost years ago to a drunk driver.

“She was not a yard animal,” he said. “She lived in my house.We ate together, lived together and she slept near my bed. I would treat her like a companion and she would sleep inside. She also went places with me and was even allowed in some stores. But I would never take her near food.”

He even had a leash for Bambi.

“I put a collar on her and she was comfortable with that,” Cosdon said. “I treated her like a dog. She was an individual unto herself.”

Cosdon is still grieving and really doesn’t know if he is going to get a new goat.

“I will probably get one, but not now,” he said. “She was my family. Like a dog, you give it love and it becomes family.”

He was so broken up about her departure that he took her in to be stuffed.

“I took her to the taxidermist in Henderson,” Cosdon said. “I still want her and I miss her. With the relationship we had, it just seemed obscene to me to bury her. I treated her as my own daughter.”

Mom’s Diner owner Brett Chumley will miss the goat too. He said he welcomed the goat and she was a regular at the diner.

“A lot of people from Front Sight would come down to see her and will miss the goat,” Chumley said. “Walt is a pretty unique individual and as strange as it might seem, I will miss her too. Walt would bring the goat on the weekends to the restaurant and order food for her and then feed her out in the parking lot. He would let the goat get on top of his back and the kids got to pet her and people took photos of her. Now I have to explain to everyone that the goat has passed away.”

The goat man not only made an impact on local businesses, but he and Bambi got around in the mountains surrounding Pahrump.

Even the U.S. Forest Service knew her

Ray Johnson of the U.S. Forest Service said he met Cosdon while trying to find a fire near Wheeler Pass.

“Bambi and Walt were up in the mountains,” Johnson said. “And I was working a fire when all of a sudden I heard on the radio, one of the designated frequencies we have, ‘Come here, the fire is over here.’ Well, I found the fire, and there he was with his goat.”

He added, “I do this presentation to the Forest Service about the unusual things you might encounter around the Mount Charleston area and the goat man made the list.”

Since then, Johnson would see Cosdon around the town. He said he will miss the goat too.