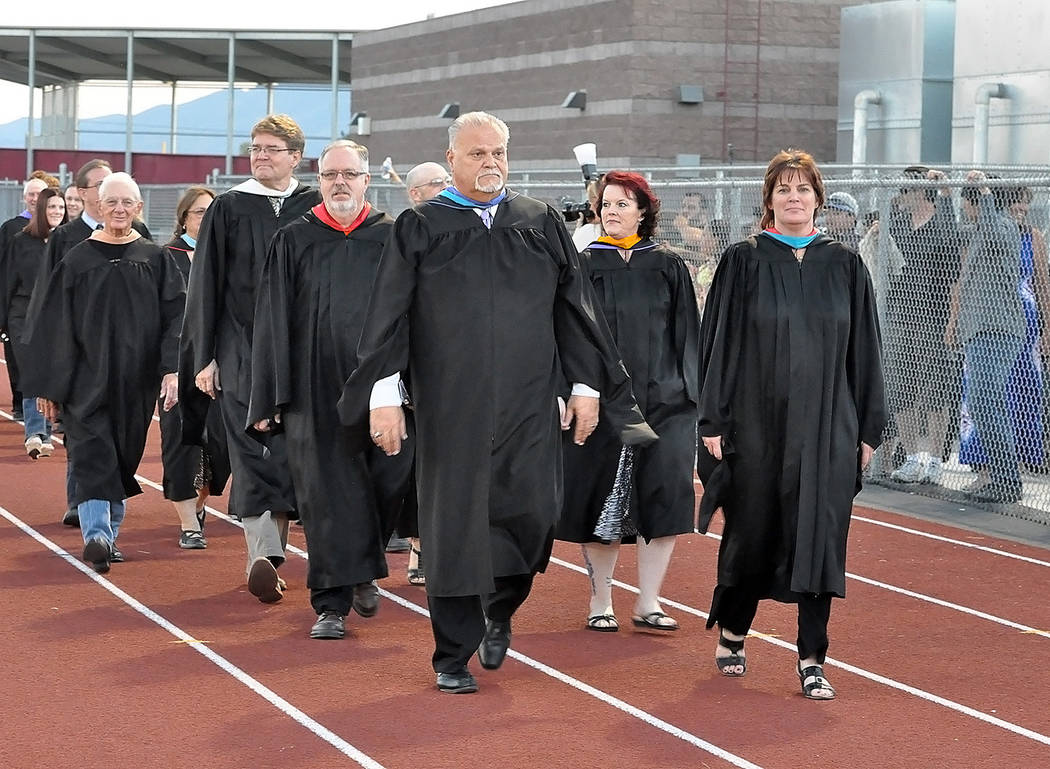 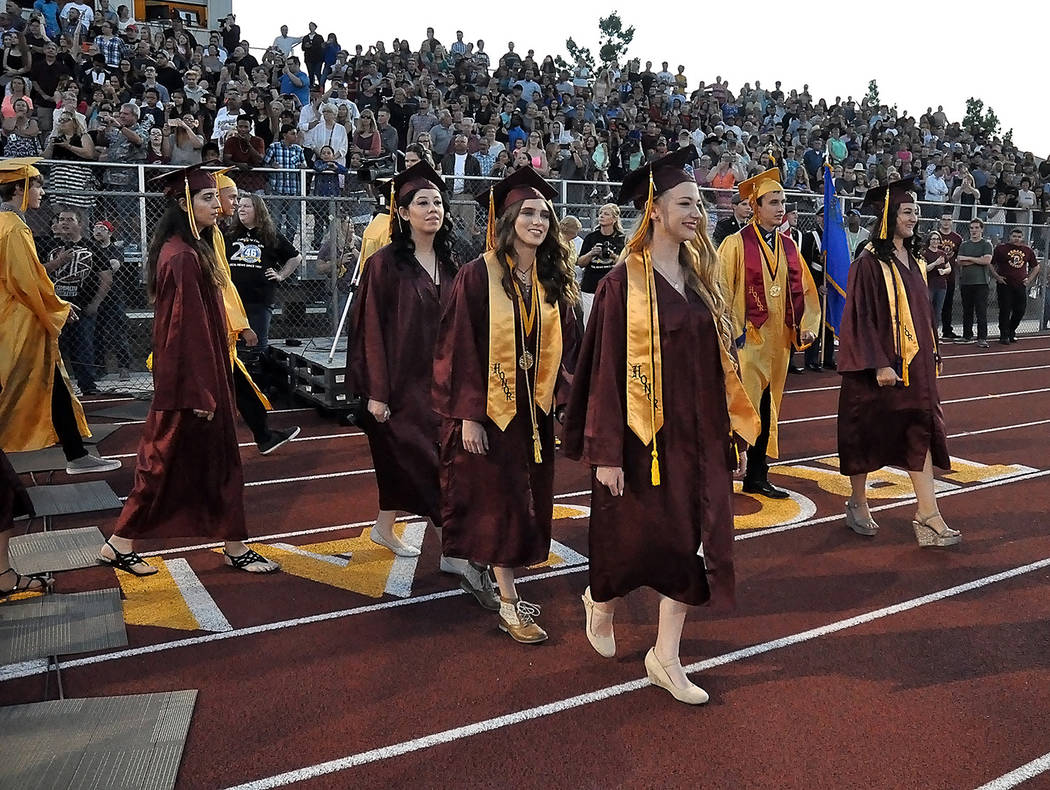 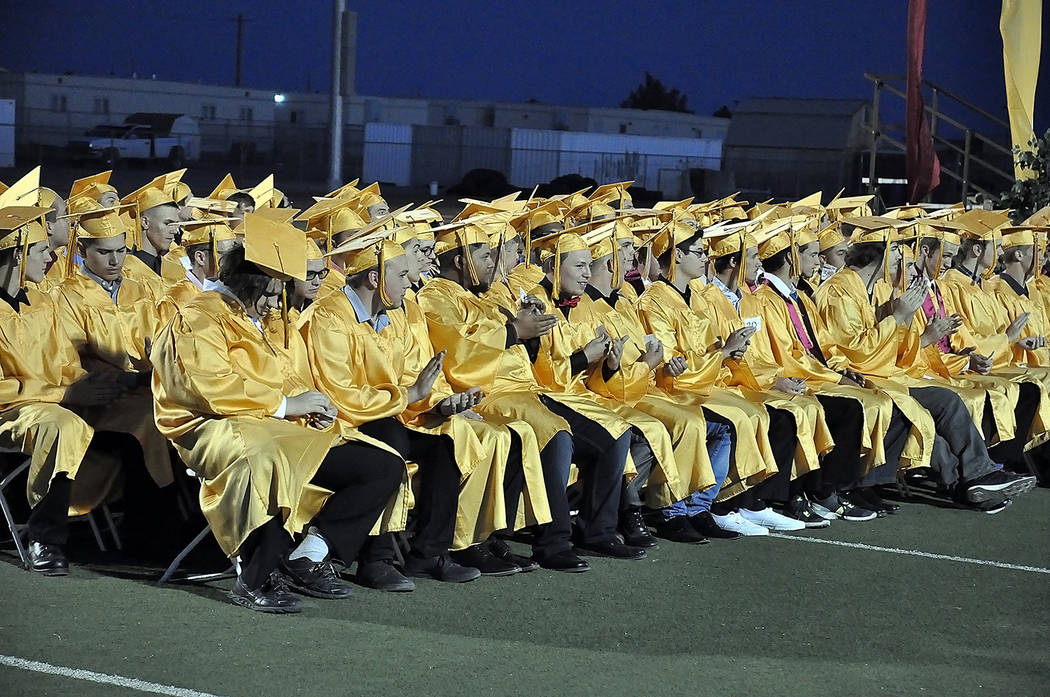 Horace Langford Jr./Pahrump Valley Times A look at at the Pahrump Valley High School Class of 2017 as shown at graduation ceremonies on May 26. 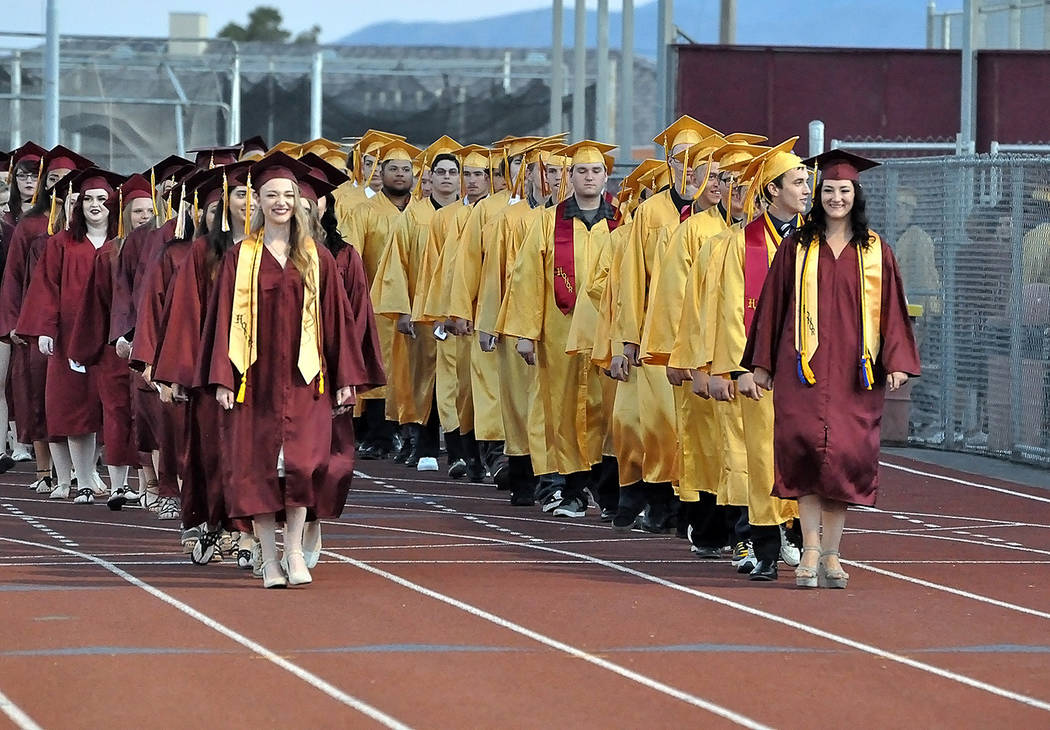 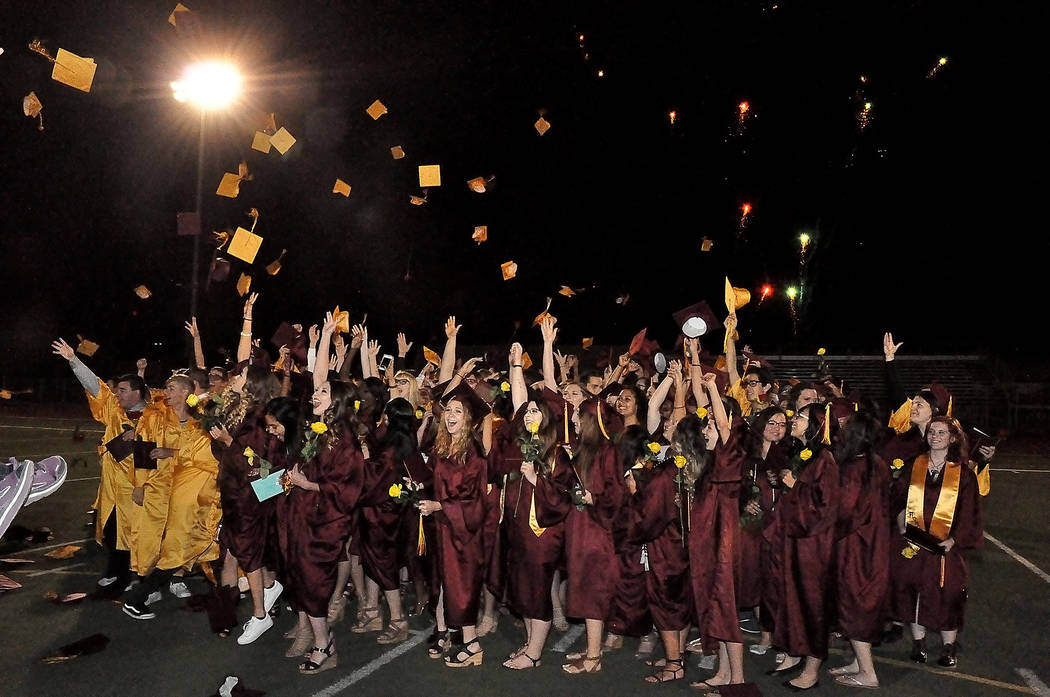 Horace Langford Jr./Pahrump Valley Times Members of the Pahrump Valley High School Class of 2017 celebrate amid fireworks as they graduate on May 26. 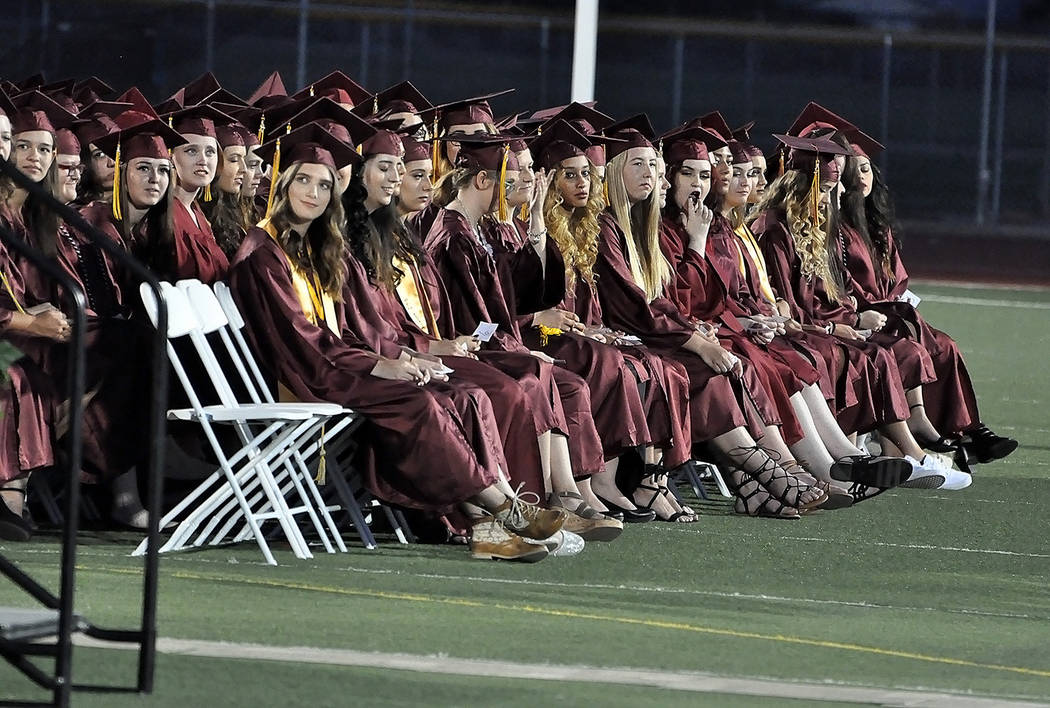 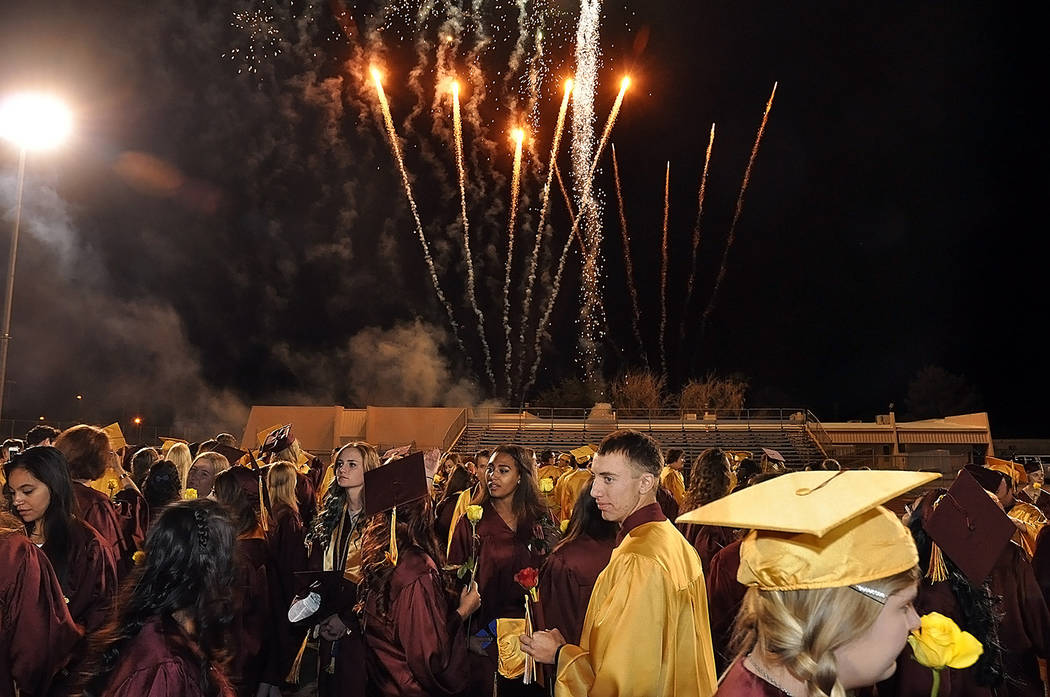 Horace Langford Jr./Pahrump Valley Times Fireworks at the end of the 2017 graduation ceremony at Pahrump Valley High School on May 26.

The 2017 Pahrump Valley High School commencement ceremony was a hit among faculty, students and attendees as the new graduates enter the next phase of their lives.

School Registrar Jennifer Shockley said that the attendance at Friday’s event was the largest she’s seen in a decade.

“We had almost 1,300 seats filled on the football field, and we actually had 231 graduates who made the walk,” she said. “We had a total of 234 graduates, but a couple decided not to participate in the graduation ceremony for various reasons. It was one of our biggest classes from the past 10 years, so that obviously brought more people.”

“Some of the honor students wore cords, while others wore the maroon and gold sashes depending on the particular group or clubs they were involved in throughout the school year,” she said. “The graduation ceremony was just amazing. It turned out perfectly, especially when the fireworks went off at the same time the graduates’ caps went up in the air.”

Principal Chris Brockman echoed Shockley’s assessment of the ceremony, noting it was all a team effort.

“I thought it was a great ceremony and Jennifer Shockley did a super job in setting it up and organizing it along with everybody else involved,” he said. “It’s kind of a group effort with everybody pitching in to do their part. Jennifer does a great job in coordinating the whole thing.”

Brockman took over the high school for Max Buffi in 2014 after being the assistant principal for five years.

“It’s going to be an interesting challenge for me,” he said. “Obviously, I am sad to leave here after many years, but I have met lots of great people here and they do a super job, obviously, from this year’s graduation as you can see.”

Science teacher Garry Mason served as the guest speaker during the ceremony.

Mason imparted words of wisdom regarding change, choice and work to the Class of 2017 during his remarks.

“Tonight is my last time to address you as a group and I’d like to leave you with three last pieces of advice,” he said in part. “Change is something that starts for each and every one of you tonight and change will be a constant in your lives. What your life looks like in the future will be greatly influenced by choices that you make.”

“I encourage my students to make choices that will build their resumes while in high school,” Mason said. “Work hard. Work with attitude, dedication, and a commitment to doing the job to the best of your ability can drive success and move you forward no matter what obstacles you may encounter.”

Following the ceremony, a fireworks display lit up the football field as the graduates tossed their mortar caps high into the air.

The moment was a first for the high school.

“I thought the fireworks were awesome,” Brockman said. “It was something that we have been working on since the beginning of the year, by trying to get all the permits and everything together. It was just a nice finale to a wonderful ceremony.”