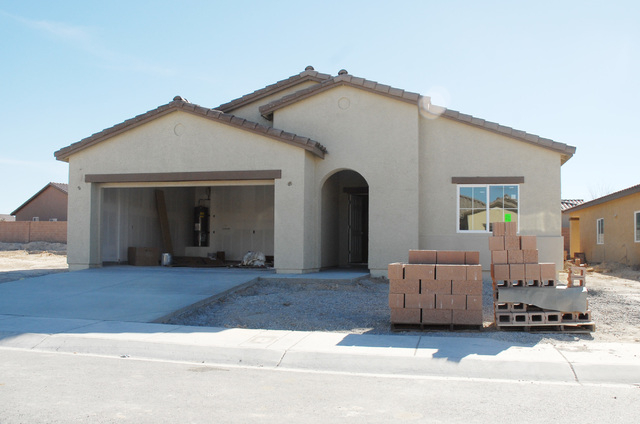 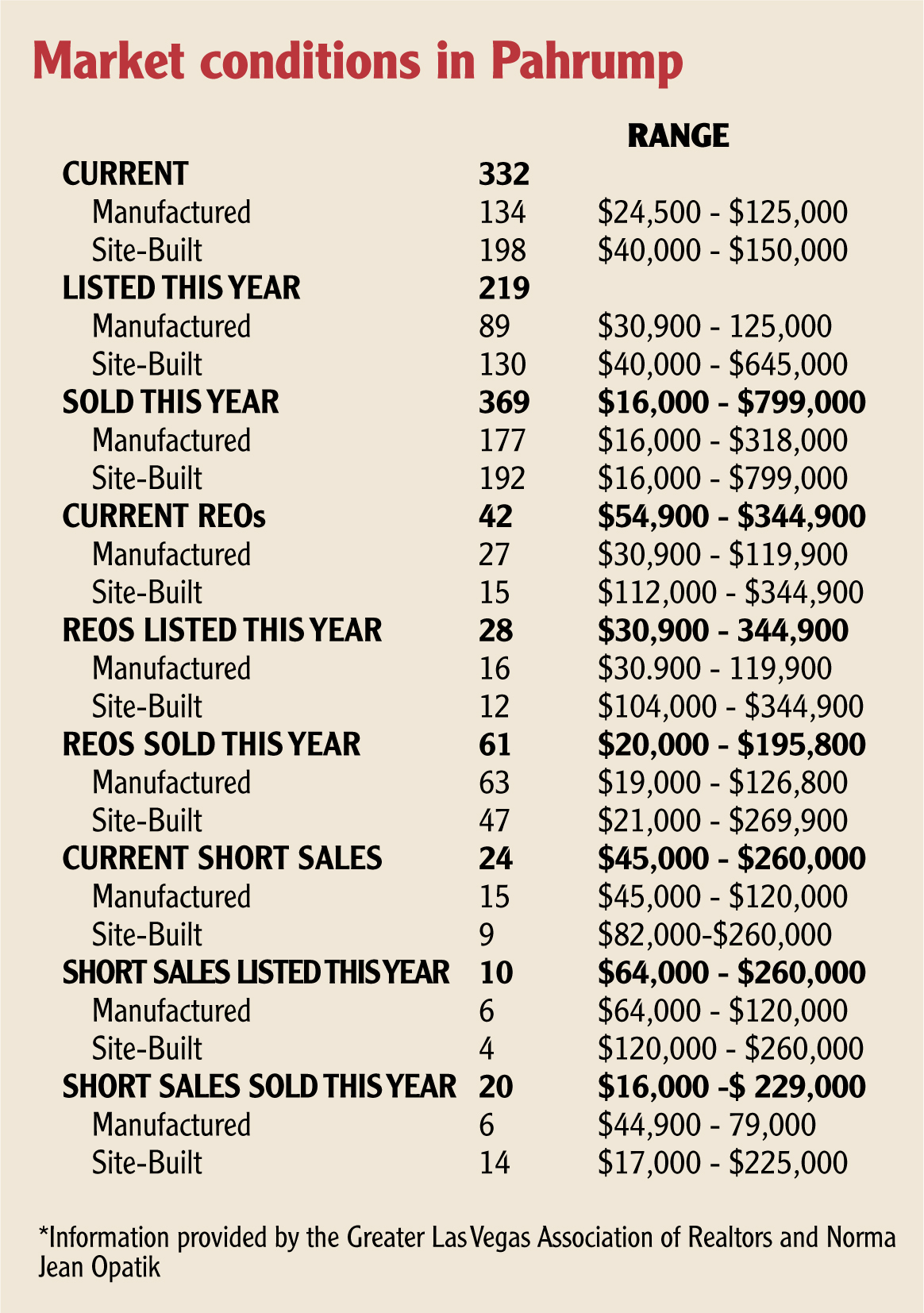 Those who experienced the crash of the 2008 housing market found themselves upside down in their homes. Foreclosures loomed over the financial futures of homeowners and one in every four homes in Pahrump Valley was empty. The population decreased as residents walked away from mortgages. Businesses closed, jobs dwindled and the unemployment figures were number one in the nation.

It’s true, the housing market is looking up, there aren’t quite as many foreclosures, new businesses are opening but there is still the issue of accuracy in numbers.

Newspapers and television attempt to paint a picture of the housing market that covers a national spectrum. Large city housing authorities report on the areas around them to create a local snapshot for the public. The problem with small communities such as Pahrump is never getting an accurate picture of what is happening in this community.

The town doesn’t fit into figures from Las Vegas reports and it isn’t reflected in national numbers. Pahrump is subjected to the trickle-down effect and statistics here show growth, prices, new construction information about rental properties and other figures in a much different light.

Liz Provenza, broker of Provenza-Neth Properties said when the bottom fell out of the housing market she experienced an increase in availability. “I’d say it increased about 18 percent, but I culled through the herd, so to speak.”

She said rental prices dropped between $200 and $300 for available units and her vacancy rate hit a 25 percent high. “Right now, rents are slowly coming back up and I only have about a 5 percent vacancy rate.

“I’m a data monger. It tells me where I am and when someone comes through the door looking for a commercial rental, that tells me the housing market is starting to stabilize.”

Norma Jean Opatik, broker of Realty Executives in Action, gathered home sales and listing figures specific to Pahrump in the chart at right. The numbers are accurate but she said she’s concerned about rumors of another round of foreclosures. “The pundits are calling for another round of foreclosures. I’m not sure that’s correct. I think the government is going to make the banks clean up confusion created by foreclosure law and bank bailouts.”

She said when the government bailed out the banking mortgage industry, it left unfinished business. “There are a number of empty homes out here. Some have been all the way through the foreclosure process and some haven’t. They’ve been sitting empty for years. The ones that completed the process and went back on the market sold at very low prices.”

Opatik calls those homes that haven’t been completely through the foreclosure process “Shadow inventory.”

“Shadow inventory are homes that have been foreclosed on but not placed on the market. The reason is due mainly to a long investigation into the lending practices. There are about 1.25 million foreclosed homes nationally that are available to hit the market during the real estate prime selling season — summer.

All-Star Realty Broker Cathy Slaughterback said, “Since the bailout, the banks have gotten their money and don’t care if the foreclosure process has been completed or not. They don’t seem to care.”

“I know several people who have been living in their foreclosed homes for over two years. They aren’t paying a mortgage payment and the banks aren’t making them vacate the property.”

She said a new wave of foreclosure laws would finish the process and get the houses back on the market.

Top agent for All-Star, Laura Aldrich ,agrees with Slaughterback and said the latest influx of buyers have been investors. “I used to depend on short sales to make a living but it’s gotten so you can take an offer to the bank and they sit on it until they can put together a block sale. You wait and never get an answer back.”

She said since the banks have collected from the government on a bailout, the houses which have little or nothing owed on them are sold at private publicized auctions. The auction isn’t just for one home, it involves several homes sold at lower prices as a “block” to one investor or investment group.

Those entities renovate, upgrade and fix those homes and then list them at a reasonable price. Due to the wave of vandalism, by others or by the homeowner losing their house, these investors have bitten off quite a bit in renovation and replacement costs.

Vandalism included the removal of water heaters, kitchen appliances, cabinets, carpet and flooring, bathroom fixtures, windows, pool pumps — anything with any value at all.

Aldrich said, “I think it’s good for the market to have these homes listed and is keeping it stable. The homes are no longer selling for little or nothing. They are selling for good market value.”

Opatik issued a buyer beware to anyone purchasing a home from one of the block auction investors. “Not all of them have issues. In fact, most released homes are really nice and the renovations are nice, but a buyer still has to be careful. I have experienced walking over new carpet that just didn’t feel quite right. You could feel a wide gap under your feet that indicated something may be wrong.”