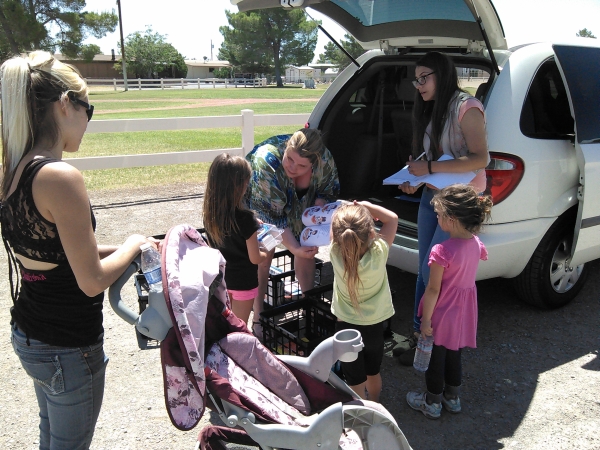 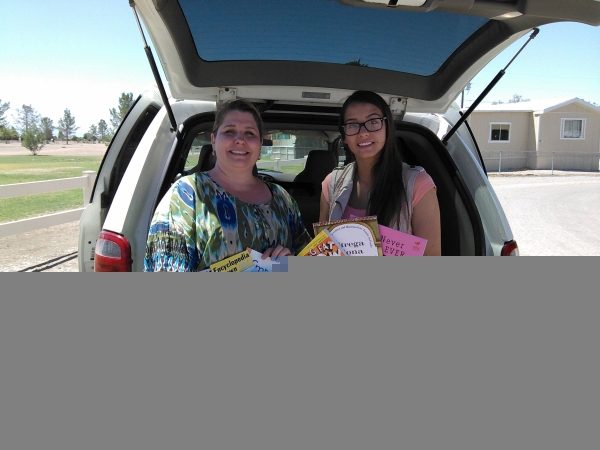 For many local students, summer break is a time to hang out with friends, find part-time employment or simply languish in front of the television, playing video games or watching movies.

With that in mind, Nye County School District officials are cautioning parents about what’s known as the “Summer Slide,” where young minds sit idle during summer vacation.

Instead, officials are urging parents to participate in the district’s “Summer Slide-Up” program, designed to help prevent learning loss while school is out.

Linda Fitzgibbons, the district’s Homeless and Children in Transition Liaison, said the program is administered through a grant from the McKinney-Vento Homeless Education Assistance Act, which ensures immediate enrollment and educational stability for homeless children and youth.

The act provides federal funding to states for the purpose of supporting district programs that serve homeless students.

“The materials have already gone out to our McKinney-Vento students and we did it a little differently this year,” she said. “Last year, we sent out the materials every week or every other week depending upon the child’s age. This year we sent one giant packet out and it went to all of our K-8 kids and they also got a little backpack along with some school supplies.”

The district chose to combine the program with the annual summer food program, where kids who are not McKinney-Vento students can also participate.

“They are using those same summer slide packets and we are sending them out to all of the Title I kids too,” she said. “This will be our third year using the Summer Slide-Up program and it’s something that we feel will fill the gap during the summertime and hopefully keep them sharper.”

Contained inside the packets are not only age-appropriate books for the students.

Fitzgibbons noted the students learn other classroom disciplines as part of the program.

“They are also used to practice math and science so it’s much more than just reading,” she said. “We just want to remind parents of the importance of keeping those kidsâ minds going during the summer and not let them turn to mush. Much of the time we tend to forget that because itâs summer vacation.”

Fitzgibbons said she’s hoping the community will respond by donating any type of fabric that can be used to make pillowcases for the districtâs homeless program.

The fabric donation goes hand in hand with our McKinney Vento program.

Fitzgibbons noted that a local resident has enlisted their time to assist with the drive.

“Once again Barb Johnston has stepped forward to assist in this program,” she said. “We’ve been collecting fabric since July 1st and it will run through August 15th. We need any kind of fabric whatsoever.”

“We had a community sewing day and this year it will be September the 19th from 9 a.m. to 2 p.m. where we put together pillowcases for the kids,” she said. “We found out that if you fold them a certain way we could stuff little hygiene bags inside so it became dual purpose, it’s a cool little bag to deliver it in and then it also became a pillowcase for the kids.”

Fitzgibbons also noted an instance last year where one man went beyond the call of duty to support the program, where more than 300 pillowcases were stitched together.

“The man never sewed a day in his life,” she said. “He went to Walmart, bought a brand new sewing machine and he came in and just needed somebody to teach him how to sew. The Rotary Club donated money to buy fabric. We even had people from Las Vegas come in for that.”

“It’s a lot of fun but the thing is, you don’t really have to sew to help out. We could use people to help us organize the fabric. It would also be helpful if they brought their sewing machines.”

The deadline for fabric collections and donations is August 15th, followed by the community sewing day on September 19th between 9 a.m. and 2 p.m.

For additional information on the Summer Slide-Up program or fabric donations, call Fitzgibbons at 775-727-1875.