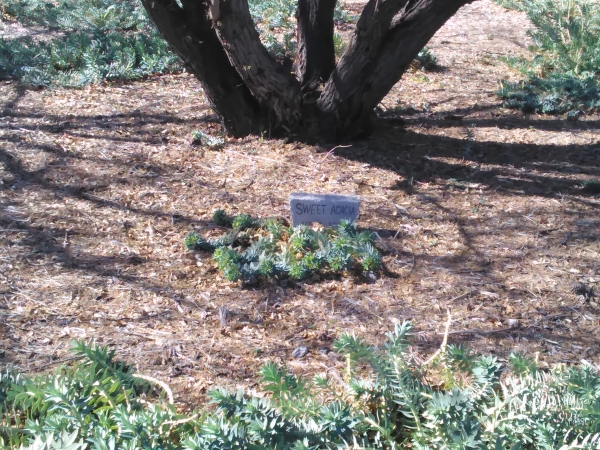 As springtime approaches next month, now would be a good time for area gardening enthusiasts to begin preparing their respective gardens for planting flowers, herbs and vegetables this year.

Master Gardener Debby Woodland said this week the condition of one’s soil will determine whether the garden will thrive.

Woodland is a coordinator with the University of Nevada Cooperative Extension office in Pahrump.

“Now is the time to start thinking about your spring planting, and right now, we should be working on building up our soil because it’s all about soil,” she said. “We want to feed the soil so it can feed the plant.”

Woodland said the soil in many parts of southern Nevada is less fertile and contains compounds not suitable for a healthy and robust garden.

She noted the process is fairly simple.

“We have less than one percent organic material in our soil,” she said. “Right here in the valley, we have silty, clay soil which has high salt concentrations. When that occurs, you have water that doesn’t move freely through the soil. By adding organics, we’re going to not only build our soil, but it will help make the water more permeable.”

Organic fertilizer, according to Woodland, is one of the better options for conditioning a garden.

She warned that some varieties of fertilizer are better than others.

“The rule is, you don’t want to apply omnivore manure,” she said. “That includes pig manure, and anything that eats meat. We are talking only about horse manure. I have a problem with cow manure because it is higher in salt. Chicken manure is very hot and high in nitrogen.”

Once a source of fertilizer is secured, it should be allowed to age for a period of time Woodland said.

“The best thing to do with manure is to compost them or let them age,” she said. “There are plenty of horse rescues out here and people with livestock.”

Additionally, Woodland cautioned would-be gardeners to be selective when purchasing a fertilizer for their garden.

“If you apply the wrong fertilizer, you’re just going to have a beautiful green plant but it won’t have any fruit because you are telling the plant to grow leaves and not fruit,” she said. “It’s really important to understand that. If you don’t read the directions, you could burn up your plants. We get calls here from time to time from people about plants not flowering.”

Woodland also said the United States Department of Agriculture has established fertilization guidelines for those in the gardening industry in an effort to avoid E-coli contamination.

“By USDA rules, for any manure in a planting bed, it should be at least 30 days for crops that are growing above the soil and 90 days for anything in ground,” she said. “If a radish takes 30 days from seed to harvest, the manure is too fresh. You are better off to set it aside, let it leach, water it, and let it age and maybe at 60 to 90 days, you can apply it to the soil.”

“The last three years, we had frost at the end of March and that’s right here in this area,” she said. “If you live further west, or go in the far south, the elevation is a bit lower and it’s colder. I like to shoot for the middle of April. The third week of April, I know I’m safe.”

Woodland also suggests starting a vegetable garden indoors with pots until the weather warms up in early spring.

They should be started indoors for roughly eight weeks.

“I look toward the middle of April,” she said. “You want to buy tomato seeds or those beautiful varieties of eggplants and even peppers. You start planting your seeds on February 20th indoors, and provide 12 hours of light for them. You’ll need an LED or a cool fluorescent light, put them an inch or two above the planter and keep raising them as the plant grows.”

Following the final winter frost, seeds or seedlings can then be applied to the exterior garden.

Planting times depend on the variety of flora, as some require a certain soil temperature.

Woodland also mentioned what is known as ‘micro-climates’ throughout the Pahrump Valley, where weather conditions differ depending on where one lives.

The cooperative has eight weather stations with probes in all areas of town.

Woodland also suggested using a mulch when preparing a garden.

She noted that straw, old alfalfa, or bark are ideal when applied on the ground as it holds moisture in as it breaks down and feeds the soil, as well as cuts down evaporation, thus saving water.