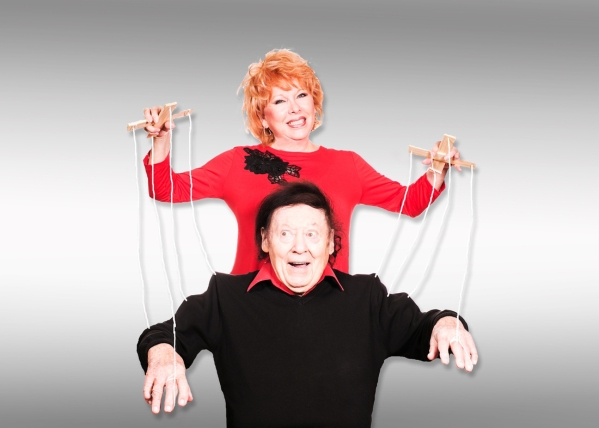 A true comedy legend currently touring the country is coming to Pahrump next weekend.

Marty Allen, who has put audiences in stitches is known the world over, is bringing his musical comedy show to the Pahrump Nugget Event Center next Saturday, Feb. 13, at 5 p.m.

His wife, Karon Kate Blackwell, a singer, musician and songwriter will also join him on stage.

For more than 30 years, they have performed together across the country.

“The audience will just go crazy seeing a husband and wife performing at our Pahrump performance,” he said. “The show has so much in it that you’ll really enjoy it and the people who come are going to love it. We just came from Texas where we performed in Dallas. We did a theater show down there and it was terrific.”

Allen spoke about his wife’s talent but made sure to note it’s not because they have been married for more than three decades.

“My wife Karen is sensational, not because she’s my wife, but she is a sensational singer and she plays the piano like Jerry Lee Lewis,” he said. “She happens to be the finest, greatest lady I ever had the opportunity of seeing perform. We work so well together and the act is just phenomenal. We do great comedy, we talk about the celebrities that I’ve been involved with. It is a blockbuster, it really is.”

In the book, he shares stories about his life and adventures on the road.

Throughout the decades, Allen has held court with the likes of The Beatles, Elvis Presley, Frank Sinatra and Tony Bennett.

He’s appeared on the Ed Sullivan Show 44 times, including the broadcast that introduced the Beatles to America.

“The book is all about my career and all the people I’ve met over the years,” he said. “I think I have appeared with more celebrities than anybody I know of. Everyone from Nat King Cole, Sarah Vaughan and Lena Horne. I also performed with Carol Burnett, Shirley Bassey and I was very good friends with Elvis Presley. You name them and I’ve worked with them. My closest friend was Ernie Borgnine the actor.”

Allen shared another story about the time he cut the rug with a former first lady.

It was Borgnine who set it all up.

“Ernie and his wife had me invited to the White House, where I had the distinct pleasure of dancing with Betty Ford,” he recalled. “We shook the room up while we were dancing. I had her in hysterics when I walked over to her and said ‘you know Mrs. Ford, a lot of people mistake me for your husband,'” he said with a laugh.

Additionally, Allen was recently added to the World Almanac 2016 edition, after he was nominated by fans across the globe who were surprised he had not been included in previous editions of the book of facts.

His entry can be found in the Present Entertainment Personalities section, between musician Kris Allen and actor Tim Allen.

Following his Pahrump performance, Allen and his wife will prepare for performances in Las Vegas and then on to the bay area in California.

“In March we will be appearing in Las Vegas on a return engagement to the Rampart Casino and then we go up to Mill Valley up in San Francisco, where usually, every birthday, I will play up there,” he said. “That’s where I met two of the greatest people that I ever had the fortune of meeting. They were comedian Robin Williams and Mort Sahl, the comedian and social satirist.”

Allen noted there are not a lot older comedians still touring and making audiences laugh.

He does his best to maintain a healthy lifestyle each day.

“You mean there’s another comedian aside from me that is 93 years old?” he joked. “Every morning I get up and I exercise and take my vitamins and I do a lot of walking. I also love to read and go crazy doing all kinds of different things. I think it’s the versatility of my life that’s kept me going. I also enjoy watching football. I love football.”

Allen’s wife meanwhile, said they both actually considered living in the Pahrump Valley at one time, after moving to Nevada more than 25 years ago.

“When we were first moving to Las Vegas years ago, we actually looked at some rural homes with some acreage in the Pahrump area but that was a long time ago,” she said. “We found a house in Las Vegas in 1991 that we both could agree on. We have been in Nevada for quite some time and we consider ourselves natives now.”

Allen, a World War II veteran, received the Soldier’s Medal for Bravery while stationed in Italy.

Allen first gained his celebrity status when he teamed with comedy partner Steve Rossi throughout the 50’s and 60′ before veering off on his own.

One of the titles included their signature comedy catchphrase of “Hello Dere!”