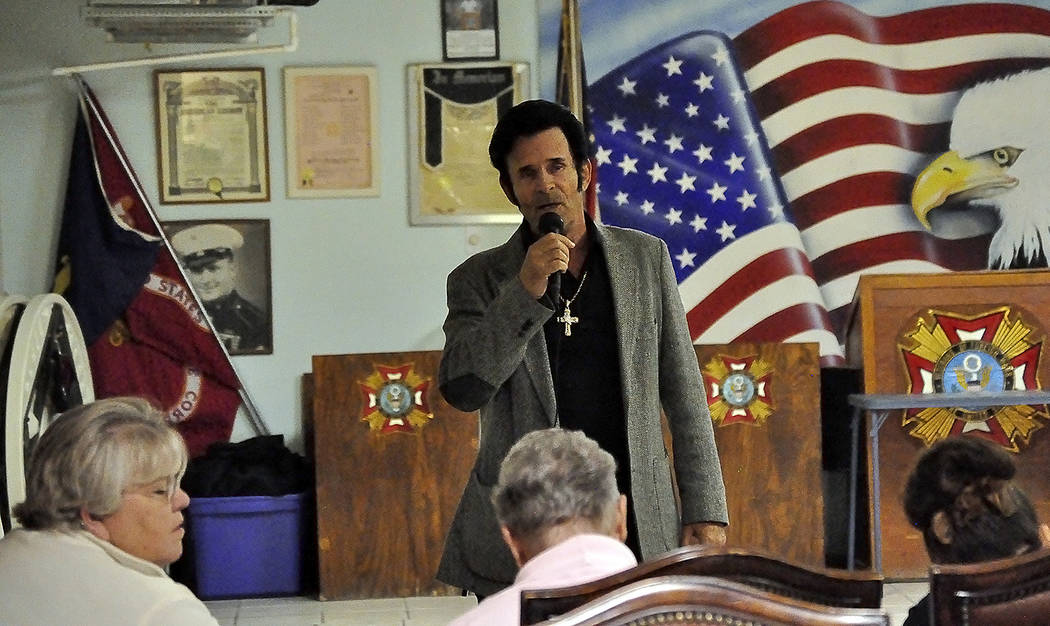 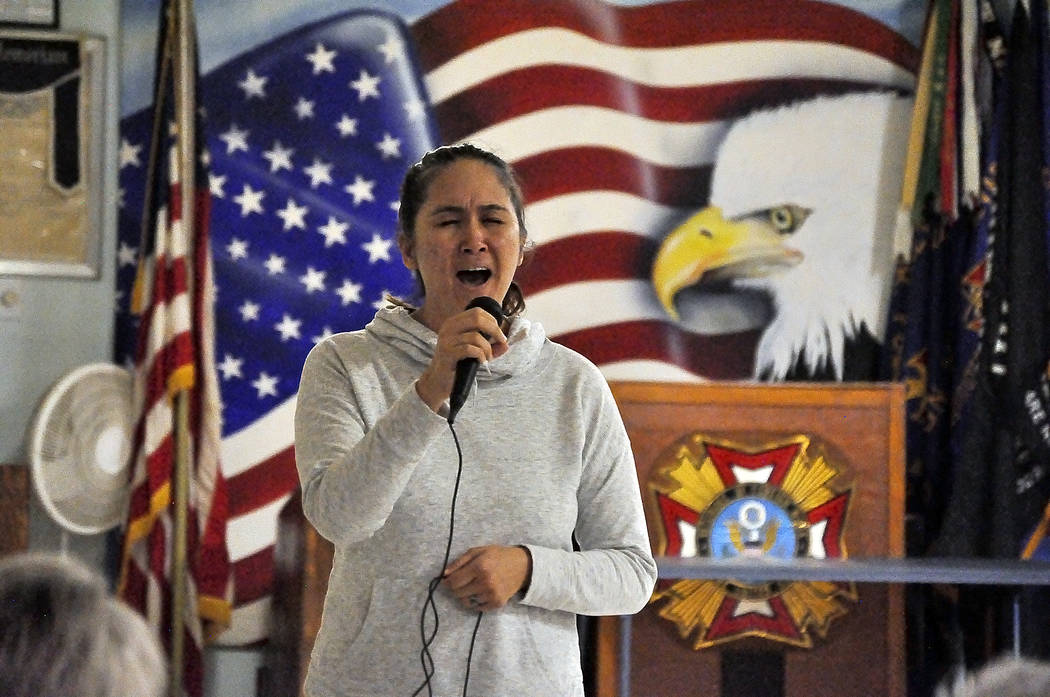 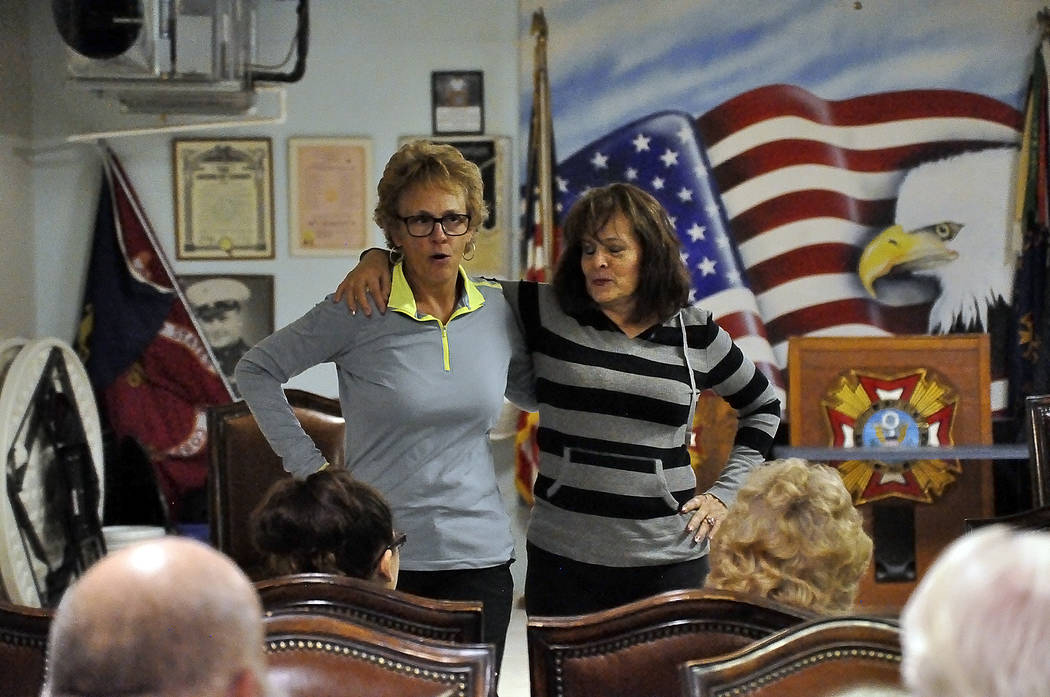 Horace Langford Jr./Pahrump Valley Times Pre-sale ticket sales to the USO Show are going quite well, much to the benefit of the veterans food pantry and the veterans in the community it continues to serve. Earlier this month, auditions were held.

The show, entitled “Saluting Our Veterans,” is a benefit fundraiser for the community veterans food pantry.

Linda Wright, chairman of the event, spoke about the recent auditions for the show, held on Sunday, Feb. 11, at Pahrump’s VFW Post on Homestead Road.

She noted that the level of talent this year exceeded the expectations of the judges.

“We had 17 people that came out to audition and they were just phenomenal,” Wright said. “After all was said and done, we decided that everybody that auditioned is going to be in the show because they were all just so good and they made it really hard for us this year. We had three judges and we were looking at how they performed their act or song, and how they projected their stage performance. The show will be a hit and a wonderful salute to our veterans and the community.”

Among those 17 acts, Wright said the audience on Saturday can expect a wide variety of talent to perform throughout the evening.

“We have several singers and a couple of dancers, so there will be a lot of singing, dancing and musical performances,” she said. “We also have a comedian this year. We were all just amazed at all of the talent that Pahrump has. This is our sixth annual USO show and we are really looking forward to it again. This is an all-ages show for the community.”

Additionally, Wright said pre-sale ticket sales to the event are going quite well, much to the benefit of the veterans food pantry, and the veterans in the community it continues to serve.

“This is our main fundraiser of the year,” she said. “The food pantry has been around for almost five years and it’s the only one in town exclusively for veterans.”

Pre-sale tickets for $15, can be purchased at the VFW Post at 4651 Homestead Road, the Pahrump Party Store at 331 Frontage Road or the Pahrump Senior Center at 1370 West Basin Avenue.