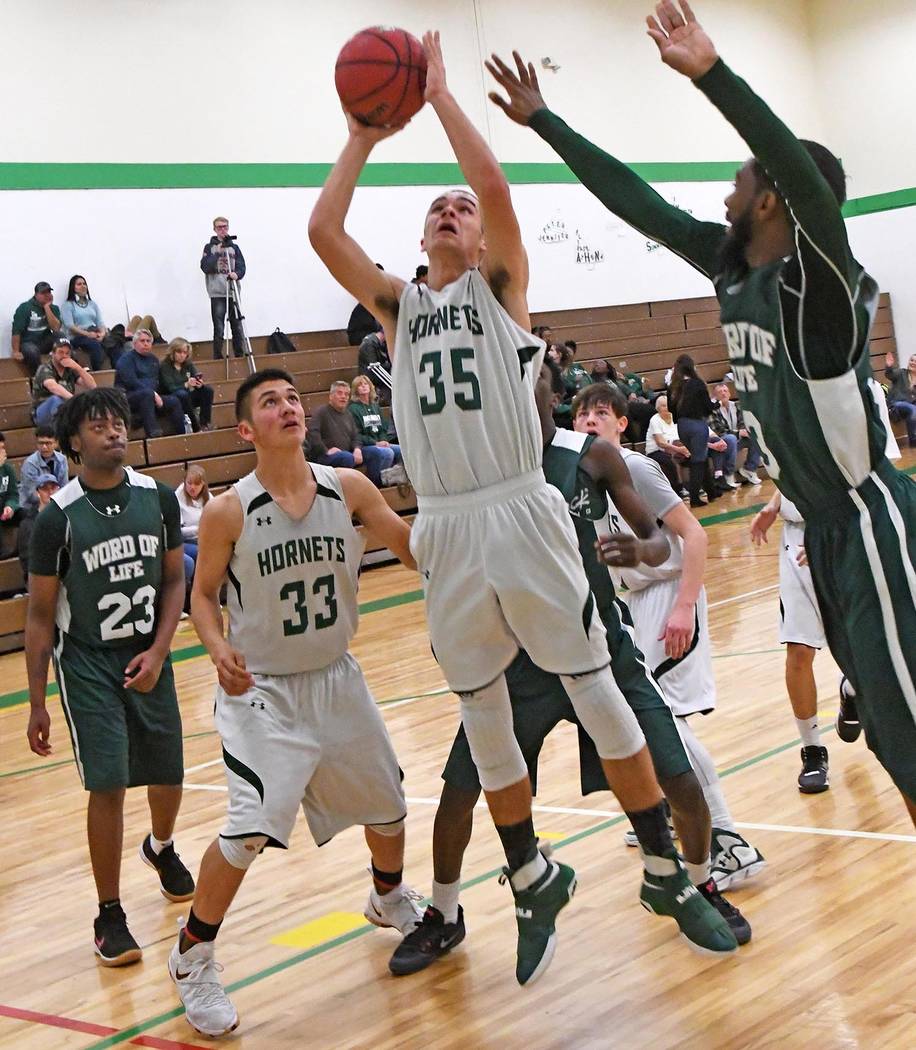 Richard Stephens/Special to the Pahrump Valley Times Jacob Henry shoots the ball in game on Jan. 19 against Word of Life. Beatty is third overall in the Class 1A rankings. 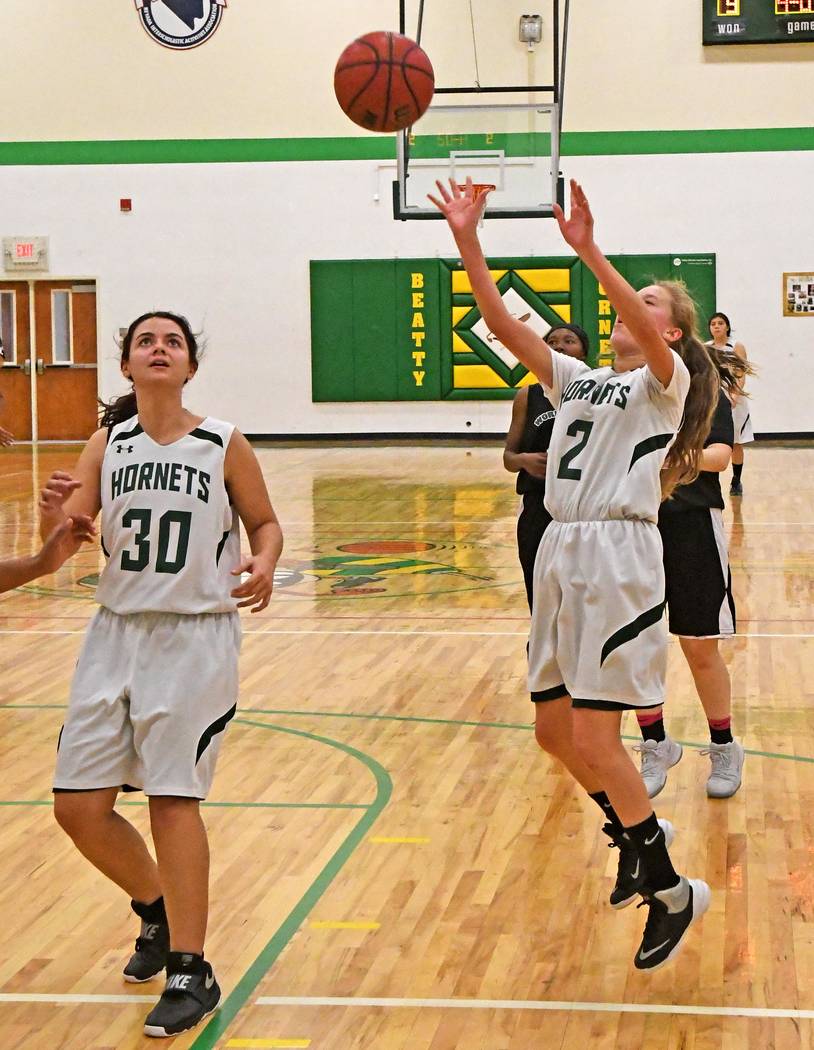 Richard Stephens/Special to the Pahrump Valley Times Andrea Leon of the Beatty Hornets shoots the ball in a Jan. 19 home game against Word of Life. Her team is No. 4 in the latest rankings.

Both the boys and the girls basketball teams at Beatty High School are ranked in the latest rankings.

Beatty’s boys basketball team stood at No. 3 in the Class 1A rankings as the week started.

Holding the top spot in the rankings was Pahranagat Valley followed by Spring Mountain. Beatty was ranked ahead of No. 4 Word of Life and No. 5 Indian Springs.

The girls team at Beatty stood at No. 4 as this week started. At 1-4 on the season, the Hornets were ranked one spot ahead of Word of Life.

Pahranagat Valley, Round Mountain and Indian Springs held first three spots in the rankings by the Las Vegas Review-Journal.