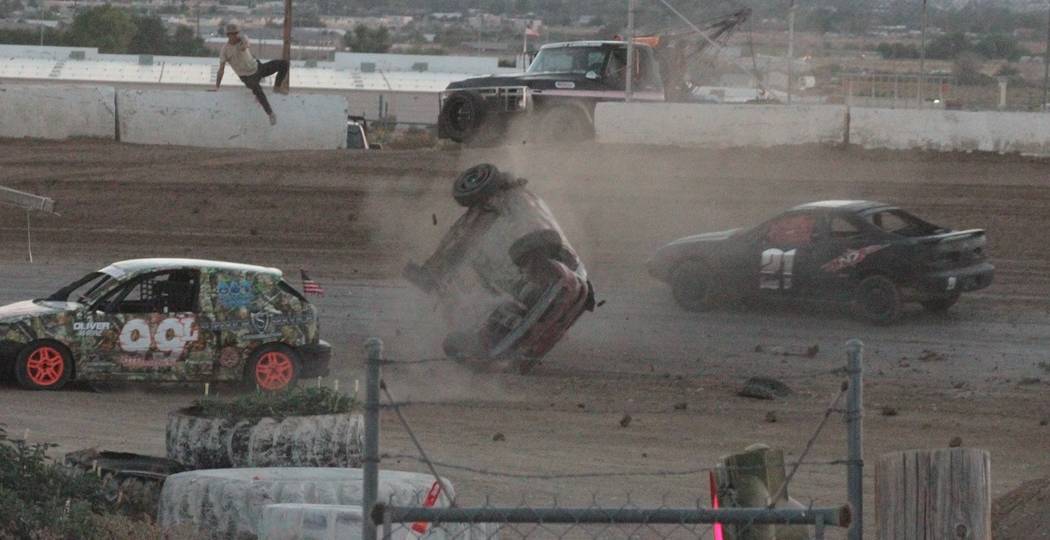 Alan Wertsbaugh/Special to the Pahrump Valley Times James Horton collides with Haylee Little and rolls three times. This was only his second time on the track. He was able to walk away from the crash, which happened in the heat race on turn 3-4 on July 29 in the mini stock class.

On July 29, the cars were flying in the mini stock class as two cars dramatically collided causing one car to roll three times.

Horton and Haylee Little got their cars tangled in the heat race.

Driver James Horton, in the rolled car, walked away with no injuries.

“The two drivers bumped in the first turn of the race and I was going to black flag Horton,” Flagman Dale Geissler said. “But then the two got tangled in turn three and four causing Horton’s car to roll.”

This was Horton’s second time in a race car. Two weeks prior he took second place. He said he’s not sure if he will race again.

More racing was planned Aug. 12 at the Pahrump Valley Speedway. For ticket information see pahrumpvalleyspeedway.com. All classes will be racing, including the Mini Dwarf class for the kids.