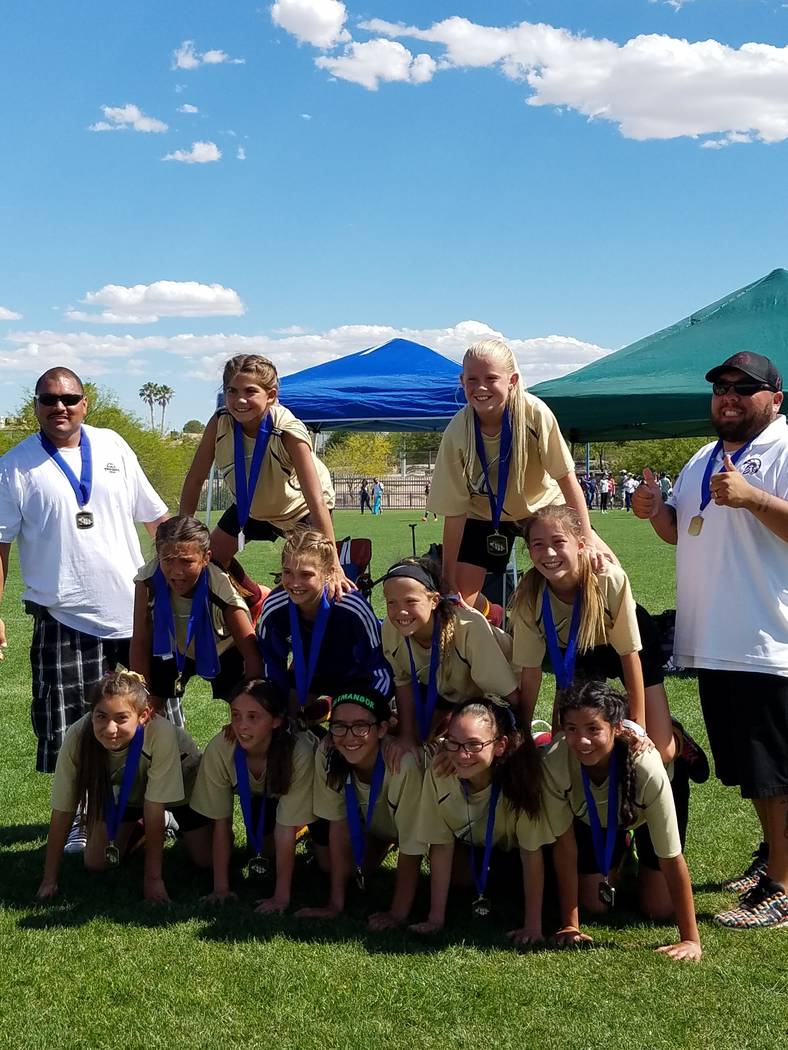 The 12 and under team is coached by Danny Coleman and finished the season third in the state.

“We made it to the Premier Elite level and the state only has four others at that level,” Coleman said. “At this tournament last year our team took second place in the silver bracket. This year we were placed in the top bracket with two Gold teams, a Premier team and a Diamond team, and they won all four games, outscoring their opponents 16-3 with one shutout. This marks their third championship win in four tournaments. It’s a great way to end the season. Our team played their best soccer to date.”

He said the team had multiple scorers, and in one game, every single player on the team had a shot on the goal.

“It’s good to move the ball around the way we did, we are starting to learn other aspects of the game that were lacking,” Coleman said. “Now after two months off, we start our fall league in the Silver State Soccer League as a 13 and under team. We picked up three more players. It’ll be a different game but with the girls we have, we should be successful.”

The team in five months went from unranked to fourth in the state and from Copper League to Premier League in four tournaments.

According to the Silver State Soccer League website, the league is a large and well-established soccer league based in the Las Vegas. The league is home to more than 3,600 players, more than 800 recreational male and female players of all abilities ages four to 19. SSSL has been serving the greater Las Vegas area for over three decades.