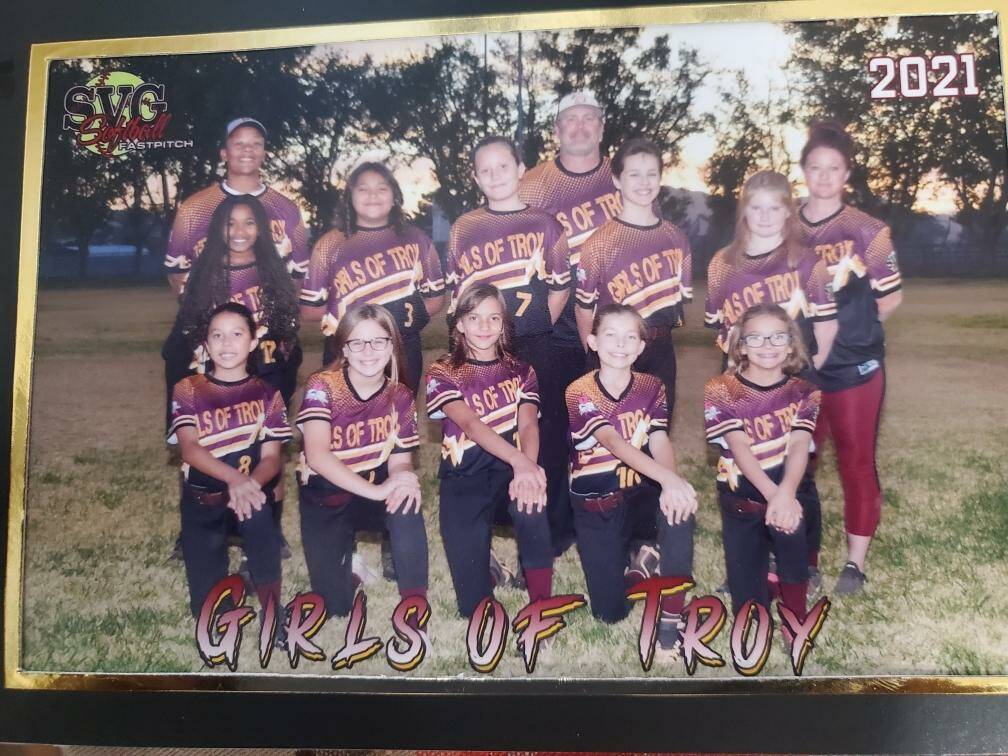 The team finished the regular season with a record of 13-5-2, which was good enough to get the No. 3 seed for the tournament.

The league tournament consisted of eight teams and it was double elimination style, meaning teams could lose twice before they’re knocked out of the tournament.

Pahrump’s team finished the tournament with a 3-2 record to give them their third-place finish.

The players and coaches didn’t think they were going to have a season. Just a week before the season started, head coach Brian Hayes got a call saying the Pahrump Youth Softball Association (PYSA) season was canceled.

He then began scrambling to see if there was a way for the kids in Pahrump to play softball this season. He called a league in the Las Vegas area to see if they had any openings for new teams.

“We kind of put together a team at the last minute,” Hayes said. “The lady basically told me I had until Friday, which was six days, to put a team together. I’m a teacher at Manse, so I high-tailed it in there, we sent flyers out, we put messages on the schools, we had all of the P.E. teachers mention it at their schools and we got 10 girls.”

Hayes is hoping to have enough players sign up for the spring season to fill a U8, U10, U12 and a U14 team. A minimum of nine players are needed to create a team and each team can have a maximum of 12 players.

“I think our youth programs are really important,” Hayes said. “There’s nothing in softball.”

Practices for the spring season would begin in February, then games would begin in March and run through until June. The season will end with a final tournament, just like the fall season.

If you have a daughter aged 7-14 who wants to play softball, or are interested in helping to coach a team for the spring season, please contact Brian Hayes at 775-513-5315 for more information.