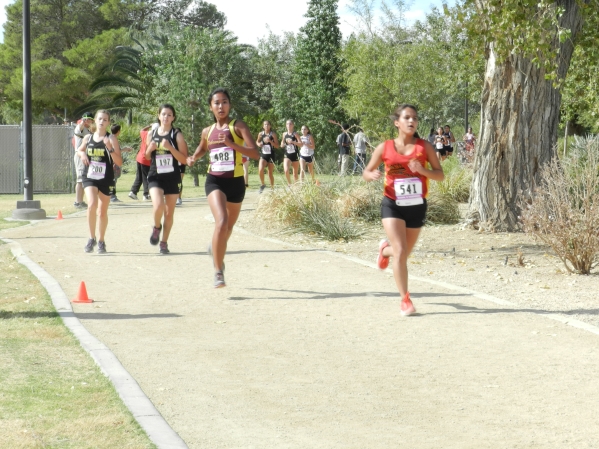 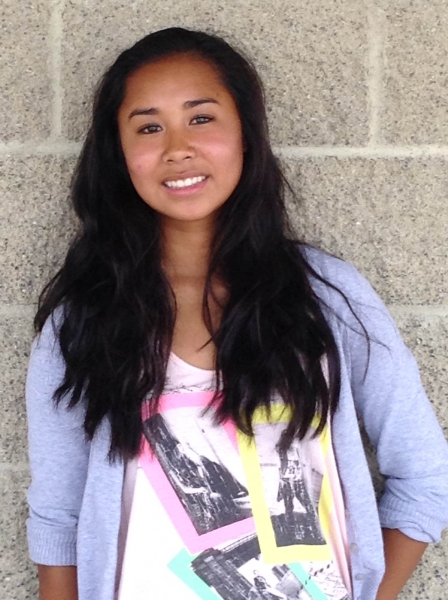 Fenny Descuatan is a senior cross-country runner and this is her third varsity year running for the Trojans. In her last year running as a Trojan she will be the backbone and leader of the team.

At the end of last year, Descuatan was ranked 53 out of 100 runners in Division I-A according to Athletic.net. She ran her best time in the Southern Nevada Division Finals (22 minutes and 53.3 seconds) and just missed going to state. Trojans coach Matt Kolodzieczyk says she has improved tremendously in the last three years.

“She improved on her times last year and has been working hard all summer to improve even more this year,” he said. “Last year she missed going to state by ten seconds, so that has been her main source of motivation.I have a feeling she is going to surprise a lot of runners this year.”

The senior runner said it really upset her to miss state by just 10 seconds.

“I would have sprinted harder at the end if I had known,” Descuatan said.

Descuatan has been training hard over the summer.

Descuatan also has done track, but she prefers to run cross-country.

“I am not really into running around in a circle,” she said. “I also like the fact that cross-country runners are more supportive on the field.”

She says experience will also help her achieve her goals this year.

“I know the courses and how to run them and that will help me cut some time,” the senior said. “I like starting in the middle and slowly moving towards the front of the pack.”

Descuatan is the last of her siblings to run for the school. She had a sister Jayvana, who graduated from Pahrump last year. Jayvana is the one that got her started in running cross-country.

“It’s been passed down to me,” Descuatan said.

She hopes that by being interviewed this year more freshmen girls will come out for cross-country.

“We have only five girls on the team and we need seven to make a team during a varsity meet,” she said.

Long-distance running is not for everyone but Fenny Descuatan finds peace in it.

“The running soothes me,” the cross-country runner said. “It’s not that painful anymore, I enjoy the camaraderie and it keeps me in shape.”

“My sister Jayvana is finishing up her AIT (advanced infantry training) in Virginia now,” Fenny Descuatan said. “My uncle was in the army and he raised me along with my aunt, when my mother died.”

Fenny Descuatan has been in Junior Reserve Officer Training Corp for the last four years and this year she is the battalion commander of close to 200 cadets and is keeping up a 4.2 GPA. Upon graduating, she hopes to be a medic or go into nursing.