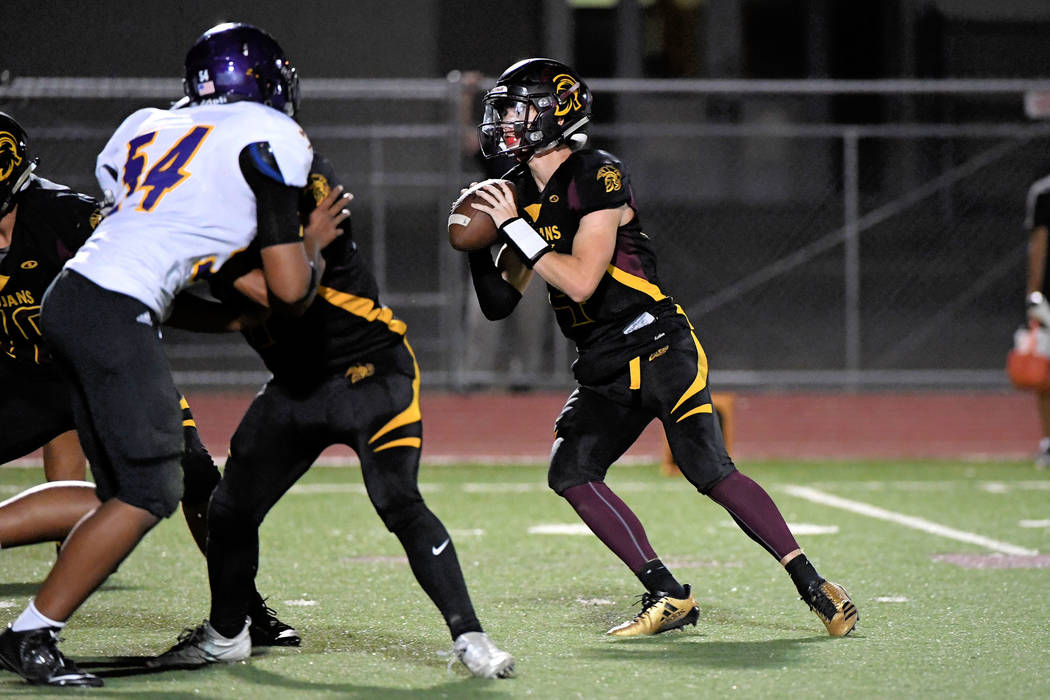 Peter Davis/Special to the Pahrump Valley Times Dylan Coffman sees Cory Bergman wide open just before he throws him a 12-yard pass in the end zone. This TD made the score 19-13 in the third quarter. 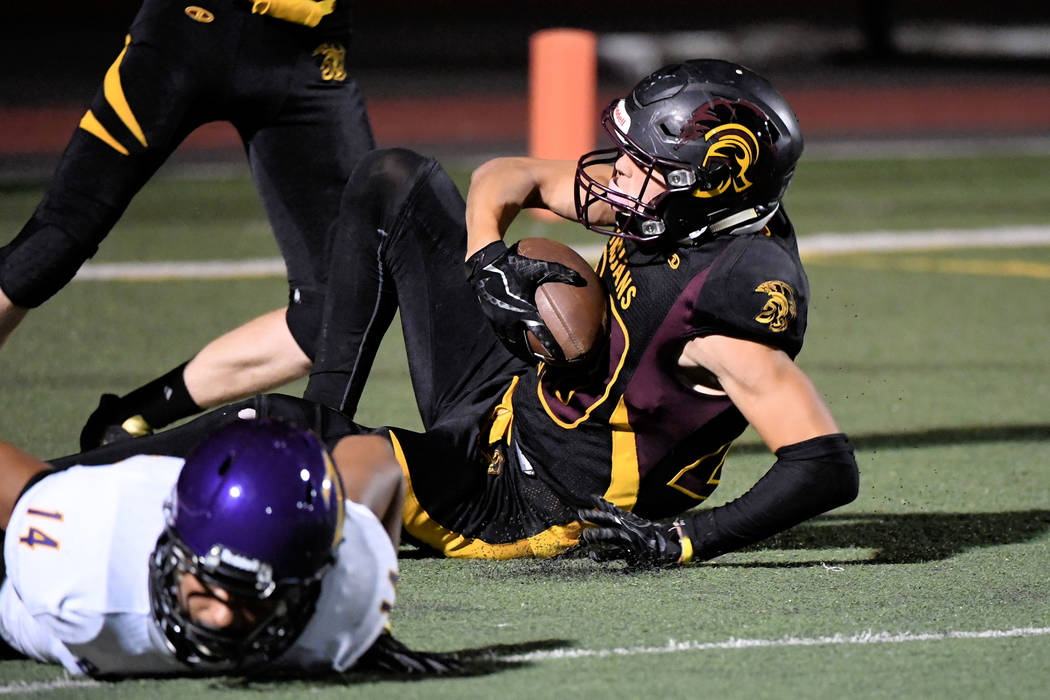 Peter Davis /Special to the Pahrump Valley Times Senior Cory Bergan comes down with a big touchdown after catching a Dylan Coffman pass for six on Friday against Durango. 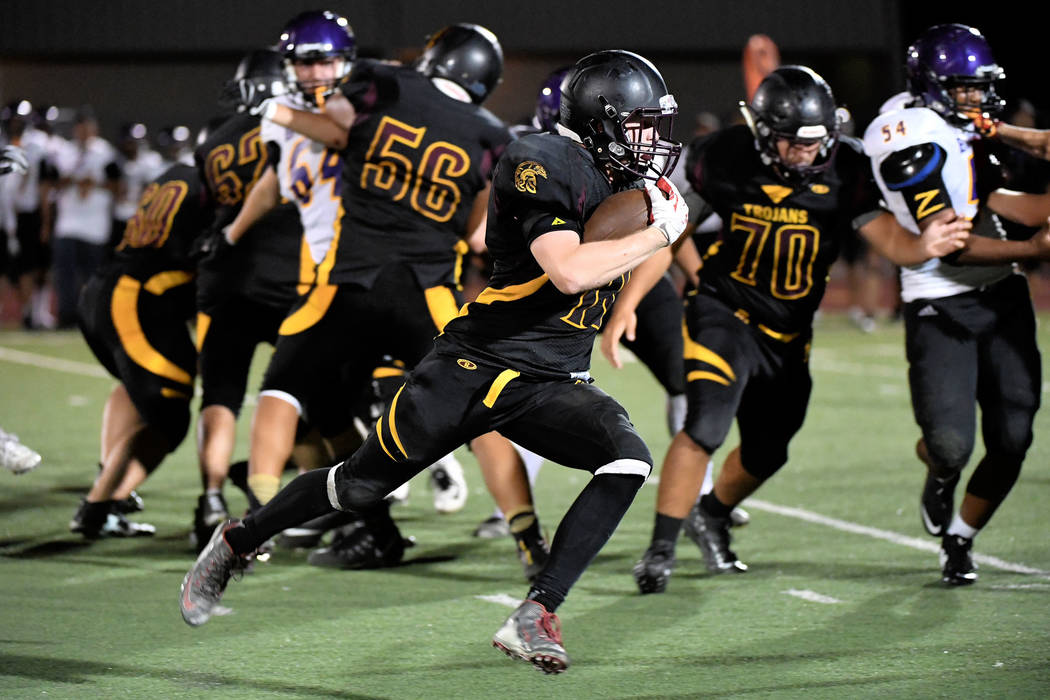 Peter Davis/Special to the Pahrump Valley Times David Roundy heads for open field in the second half as the Trojans played catch-up with their running game. Pahrump Valley took seven minutes off the clock in the third quarter and eight in the fourth quarter, denying Durango the ball. The Trojans were able to tie the game in the fourth quarter, but lost in the final seconds. 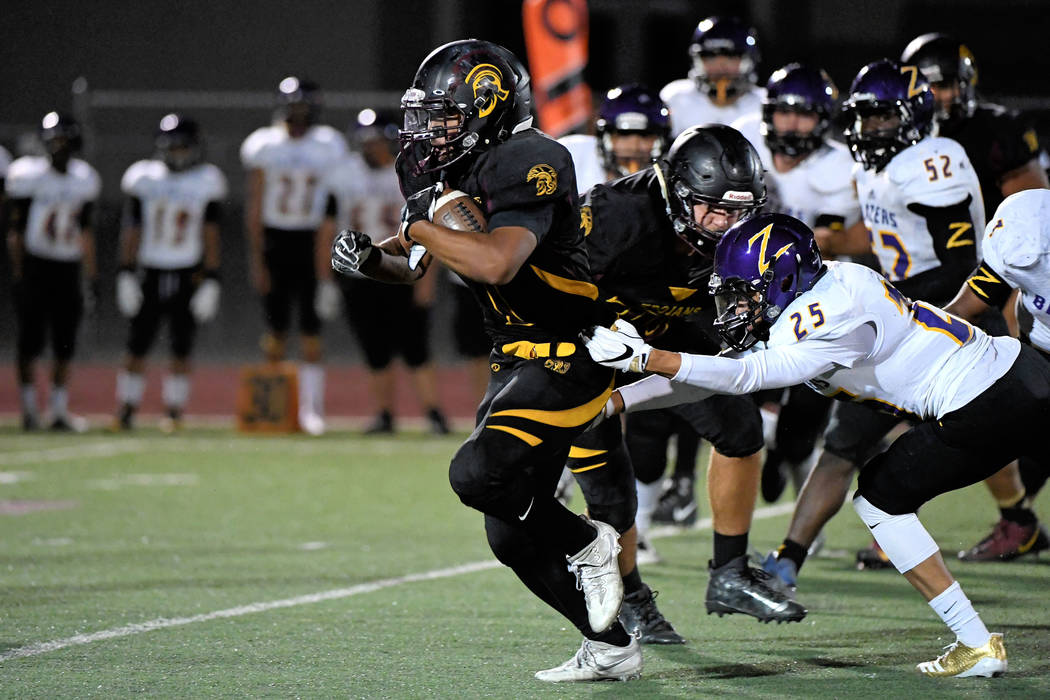 Peter Davis/Special to the Pahrump Valley Times Junior running back DeAngelo Brown breaks free in the second half of the game. 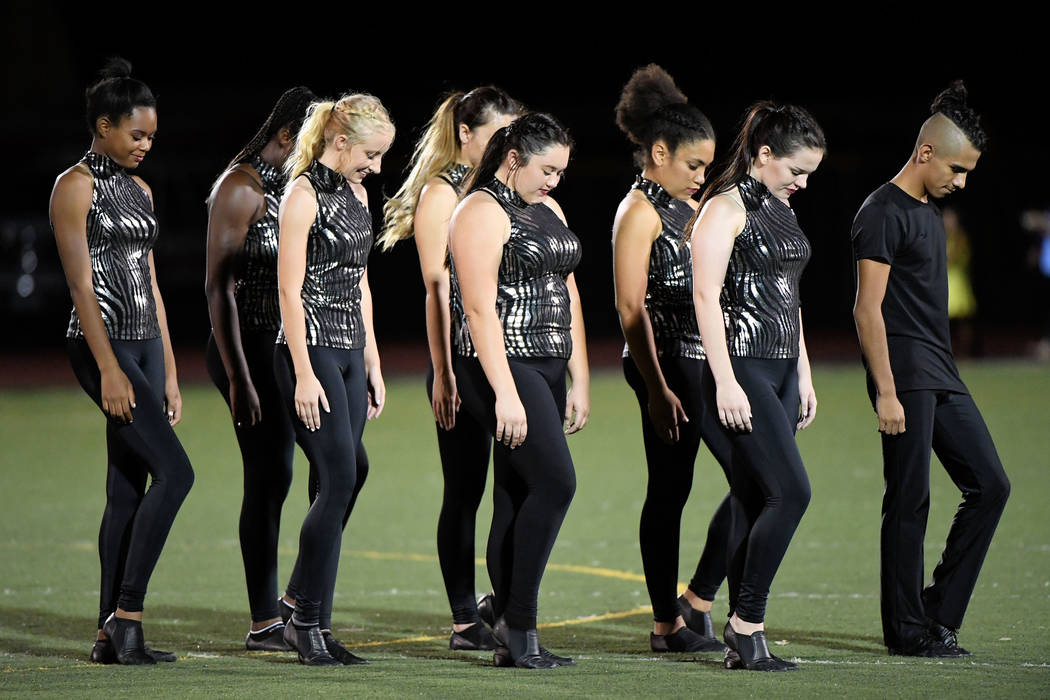 Trojans lose close one in final minutes of game

Pahrump Valley lost a heartbreaker to Durango 26-19 in the last minutes of the game on Friday night.

The Trojans looked as if they were going to pull an upset, scoring a touchdown on a David Roundy eight-yard run to tie the game up in the fourth quarter, 19-19 with 3:19 left on the clock.

But the Trojans couldn’t hold Durango’s TK Fotu, who broke free a couple of times during the night and had 90 yards during the game. His last run was nearly 25 yards and put the Trailblazers on the Trojans’ one-yard line with 40 seconds left in the game. The next play Durango scored the winning touchdown on a quarterback keeper to make the score 26-19.

Trojans in the first half

In the second quarter, the Trojans had a great punt return, taking the ball deep into Durango territory.

The Trojans had the ball first and 10 at the Trailblazer 39-yard line. On the first play of the series, senior quarterback Dylan Coffman threw a 28-yard pass to David Roundy, who was tackled on the 1-yard line. Two plays later Coffman ran the ball in to tie the game 6-6.

That would be the last score for the Trojans in the first half. The Trojans offense couldn’t get the running game going for the rest of the half.

Durango would score two unanswered touchdowns in the second quarter and they took a 19-6 lead into halftime.

At the start of the third quarter, Coffman started his team with good field position from his own 45-yard line and marched down the field. Pahrump’s offense ran 10 running plays in a row, taking six minutes off the clock. On the last play of that drive Coffman completed a 20-yard pass to Cory Bergan to make the score 19-13 after a successful drive.

The Trojans then tied the game up 19-19 in the fourth quarter on a David Roundy 8-yard run with 3:30 seconds to go in the game, which concluded a long drive.

The Trojans defense held the Durango Trailblazers scoreless in the second half until the last few minutes of the game. The Pahrump defense had a better second half and had a few sacks and an interception. In the third quarter, the Trailblazers had the ball twice, failing to score and the Trojans denied the ball to Durango in the fourth, keeping the ball much of the fourth quarter too.

“I think we did all right on defense,” senior Trojans safety Cory Bergan said. “One TD in the second half is not bad, but we need to get more turnovers so that we can help out the offense more. At the half our coach wasn’t worried. He just told us to make plays and we made good adjustments at the half.”

Trojans coach Joe Clayton said he was happy with the way his team played.

Trojans are on the road this week at Chaparral (1-0 overall). The game starts at 7 p.m.