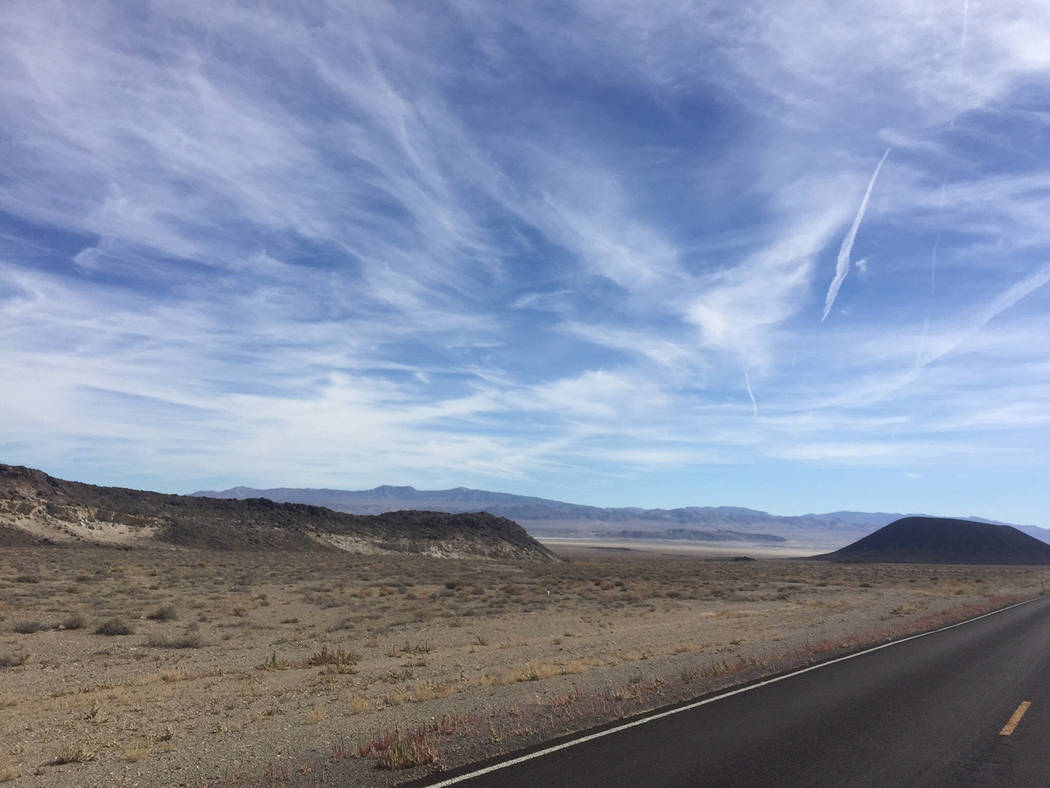 Argosy Minerals Limited A view from the Tonopah Lithium Project property looking south. Lithium is a key component in batteries used for electric vehicles, power tools, drones and other items.

Jerko Zuvela, Argosy’s managing director, who spoke with the Times-Bonanza, said that “a binding sale agreement is an agreement which can’t be reneged on, however, our sale agreement did contain a condition that a due diligence period to check any outstanding matters was allowed before settlement.”

“Once we are satisfied with the due diligence, we can then exercise the option to purchase the project,” he said.

The due diligence period was set to expire Aug. 26.

The project is being called the Tonopah Lithium Project.

A news release states that upon making a purchase election, Argosy would pay the claims renewal costs, for each of the 425 claims, by Sept. 1.It will also pay a purchase price of $50,000.

According to Argosy Mineral’s website, the company is focused on its flagship Rincon Lithium Project —potentially a game-changing proposition given its location within the world-renowned

“Lithium Triangle” —host to the world’s largest lithium resources, and its fast-track development strategy toward the production of LCE product.

The company has developed the project to an initial stage of operations/production of lithium carbonate, according to an email from the company.

“Thus we believe we can aim to develop the Tonopah project in a similar way,” Zuvela said.

According to the company’s news release, the project is directly analogous to the neighboring Silver Peak Lithium Mine deposit model, both geologically and structurally. While the existing owners did some geophysical survey works and other preliminary exploration works, Argosy Mineral hasn’t made a budget or timeframe to conduct works at the project yet, according to the email.

“We understand that the best approach will be to complete the additional geophysical survey works to then target drilling works to determine the status of the lithium brine potential within the project. If this is successful, we will conduct any required works to further develop the project with the aim to eventually commence lithium production operations at the project,” a company’s representative said in a statement.

Lithium is a key component in batteries used for electric vehicles, power tools, drones and other items.

Northern Nye County has attracted some mining interests over the last year, as more companies focused on lithium exploration try to secure properties in the region.

One of them, Ioneer Ltd, a Sydney, Australia-based emerging supplier of lithium and boron and owner of the Rhyolite Ridge Lithium Project, hired a Texas-based company to conduct a feasibility study to determine whether the mineral resource can be mined economically and assess the potential impacts of the project.