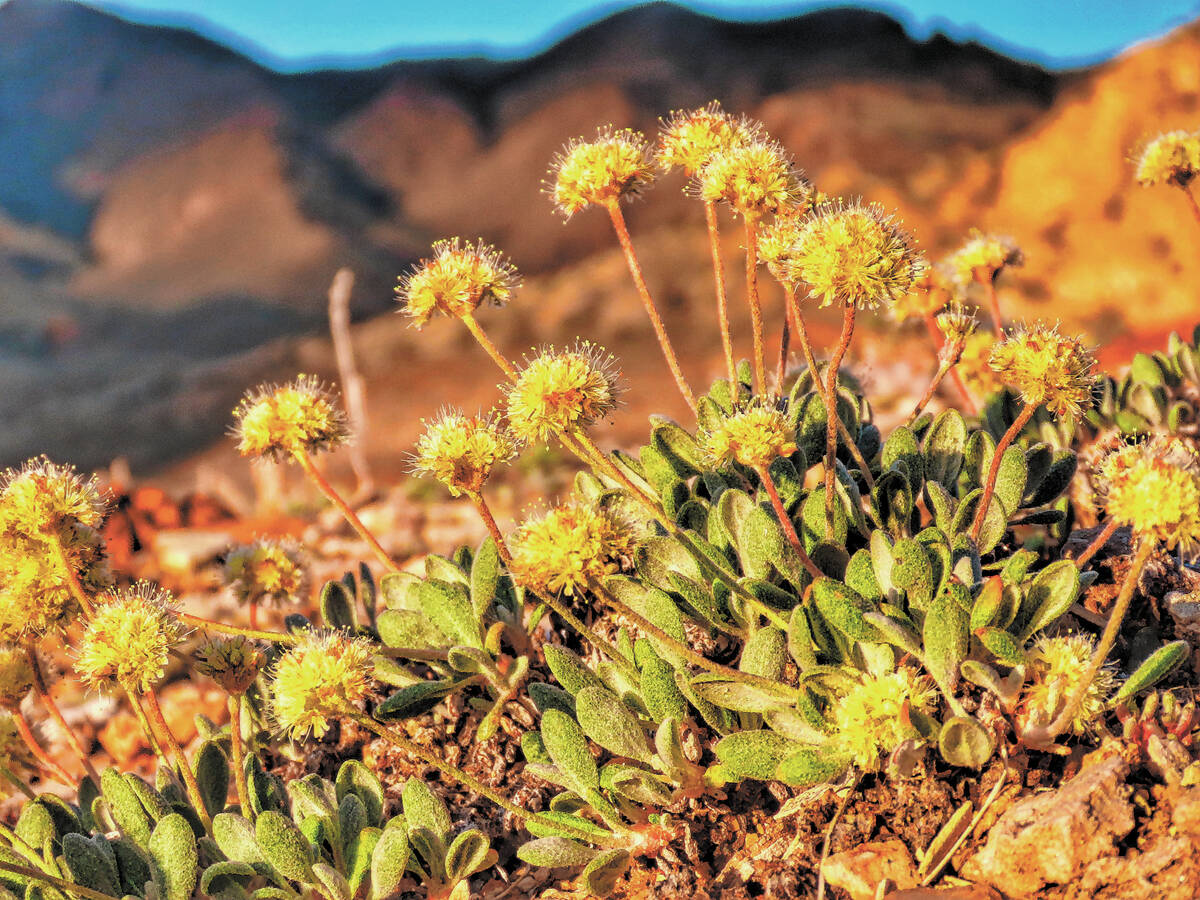 Tiehm's buckwheat in the Silver Peak Range. The U.S. Fish and Wildlife Service has proposed designating the high-desert range halfway between Reno and Las Vegas as critical habitat for the Tiehm's buckwheat. It is also the site of a proposed lithium mine by the Australian-based Ioneer USA Corp. (Patrick Donnelly/Center for Biological Diversity)

Environmental activists are denouncing a deal from Ford Motor Co. to purchase lithium from Ioneer’s Rhyolite Ridge Mine, saying the push for cleaner energy sources will likely have adverse enviromental impacts in the region.

Under the agreement announced Thursday, Australian-based Ioneer will supply Ford with lithium carbonate from its Rhyolite Ridge Lithium-Boron Project, located 40 miles south of Tonopah in Esmeralda County, and deliver 7,000 tonnes per annum (tpa) of lithium carbonate to the autombile maker over a five-year term, beginning in 2025.

“The agreement with Ford is a significant milestone for Ioneer, highlighting the mature state of the Rhyolite Ridge project development and its ideal position to serve the U.S. supply chain with domestic battery materials,” Ioneer’s Executive Chairman James Calaway said in a statement. “Partnering with a recognized world-class automaker that exemplifies the spirit of American innovation is a testament to the quality of our lithium carbonate, and our commitment to the highest environmental standards and sustainability practices.”

The mining company’s managing director added that the agreement is a “strategic relationship” that will supply more Nevada lithium for American cars.

“It will lead to job creation across all levels of the electric vehicle supply chain,” Ioneer’s Managing Director Bernard Rowe said in a statement. “We look forward to continuing to work with Ford and its partners to help develop a secure and reliable end-to-end U.S. EV industry.”

They claim Ioneer’s Rhyolite Ridge Mine is likely to cause the extinction of Tiehm’s buckwheat, a rare wildflower which grows on just 10 acres of lithium-rich soils in Esmeralda County. After a petition and litigation from the Center for Biological Diversity, the plant has been proposed for Endangered Species Act protection by the U.S. Fish and Wildlife Service.

“Ford just bought extinction along with Ioneer’s lithium and needs to rethink this poor decision,“ said Patrick Donnelly, Great Basin director at the Center for Biological Diversity. “There are many other lithium sources that won’t end up killing off a species. Electric vehicles don’t need to come at the cost of extinction.”

A letter co-signed by nearly 100 scentists and sent to the Nevada Division of Foresty in 2020, partly outlined the potential threat to the plant species.

A recent global assessment found that at least 600 plant species have gone extinct and that plant species are lost at a rate that is 500 times higher than the background extinction rate, the letter stated.

But Ioneer says it is taking efforts to mitigate harm.

“Ioneer has budgeted $1 million over the next several years to conduct research and implement conservation measures to address risks to the species that are not related to mining activities,” a spokesperson for the mining company told the Pahrump Valley Times on Thursday. “For example, Ioneer has commenced construction of a greenhouse and hired a full-time employee to supervise Tiehm’s buckwheat propagation activities.”

The plant’s protection has been factored into every aspect of Rhyolite Ridge’s project planning including its design, engineering, operational and environmental considerations, the spokesperson said.

“The protection and conservation of Tiehm’s buckwheat, is and always has been a central part of Ioneer’s environmental planning and approvals process for the project.”

Rhyolite Ridge is one of several proposed projects in the state that aims to extract lithium – a chemical element that is a key component in the production of lithium batteries for electric vehicles and solar storage.

Lithium is expected to play a major role in reducing carbon emissions in the future and Ford Motor Co. is one of many automobile makers looking to transition its fleet to the power source.

This story has been updated from a previous version.