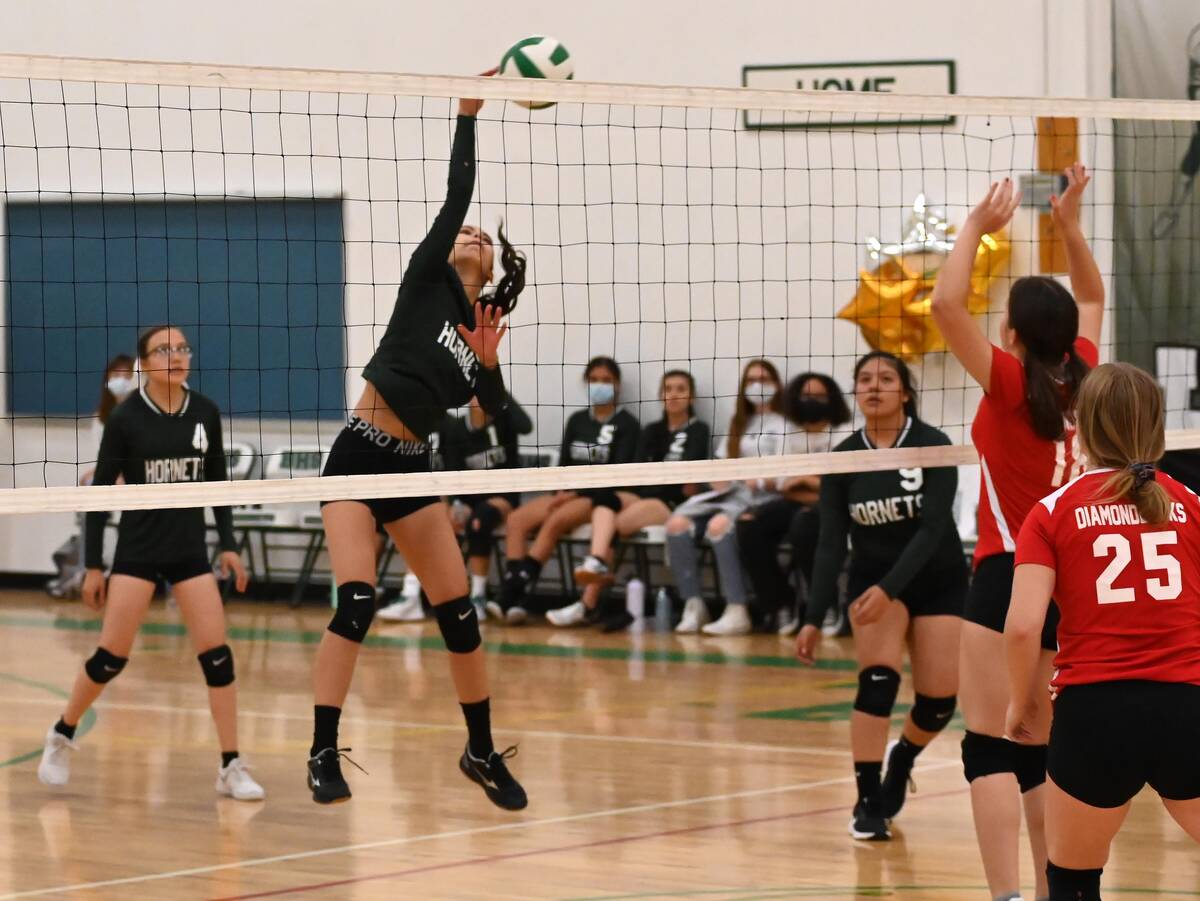 Richard Stephens/Special to the Times-Bonanza Emily Guevara (6) spikes the ball during Beatty's game against Beaver Dam during the 2021 season.

The Hornets went 0-3 in their tournament, with losses to Tonopah, West Wendover, Utah and Battle Mountain.

Beatty will have a chance to avenge the loss against Tonopah when they meet again on Sept. 24, their first of two league meetings.

Following the tournament, the Hornets tried to rebound against Round Mountain on Tuesday night, however, they were unsuccessful in getting their first win of the season.

With the loss against Round Mountain, the Lady Hornets’ season record moved to 0-4 overall and 0-1 in league play.

By the time you’re reading this, Beatty will have had another shot at ending their losing streak. They took on the Trona Tornadoes Wednesday evening.

Their next game will be this Friday, Sept. 2, when they host Green Valley Christian.

That game is scheduled for a 5 p.m. start time.