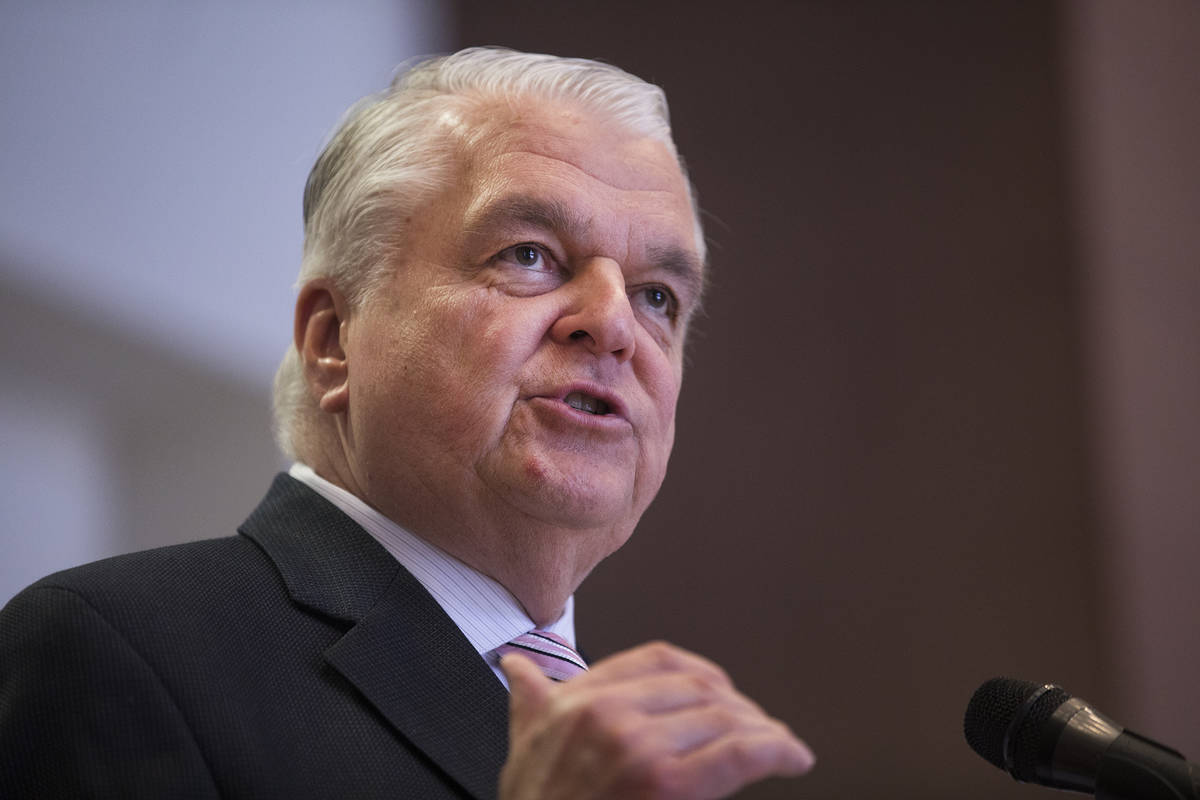 Rachel Aston/Las Vegas Review-Journal/Pool Gov. Steve Sisolak is asking President Donald Trump to declare a major disaster in Nevada due to the spread of coronavirus. 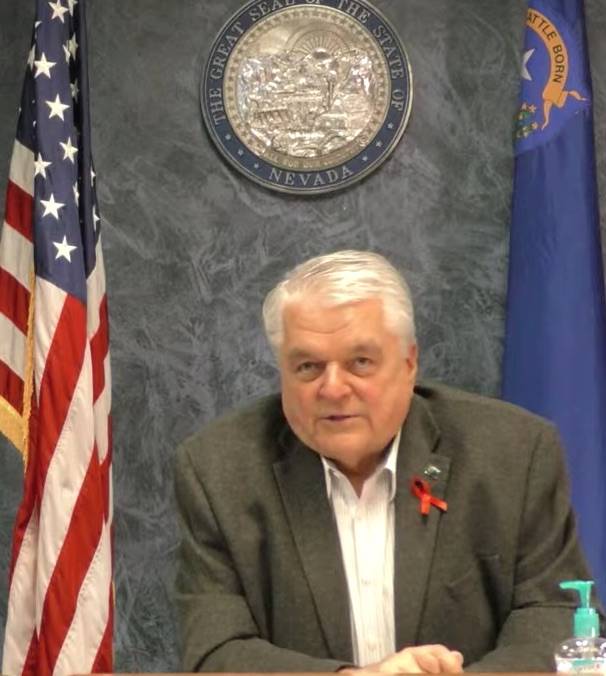 A screenshot of Gov. Steve Sisolak during his YouTube COVID-19 update Monday, April 6, 2020. The governor said his office decided to create the red ribbons to acknowledge frontline workers in Nevada. 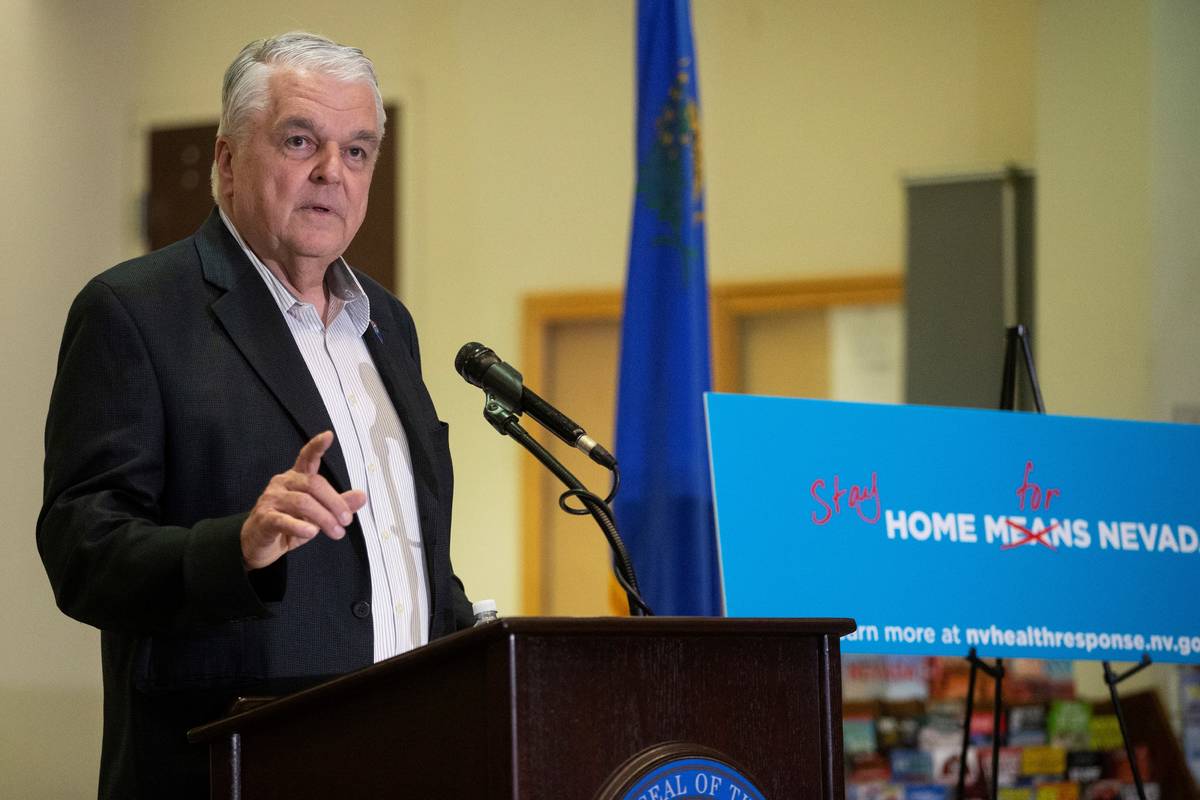 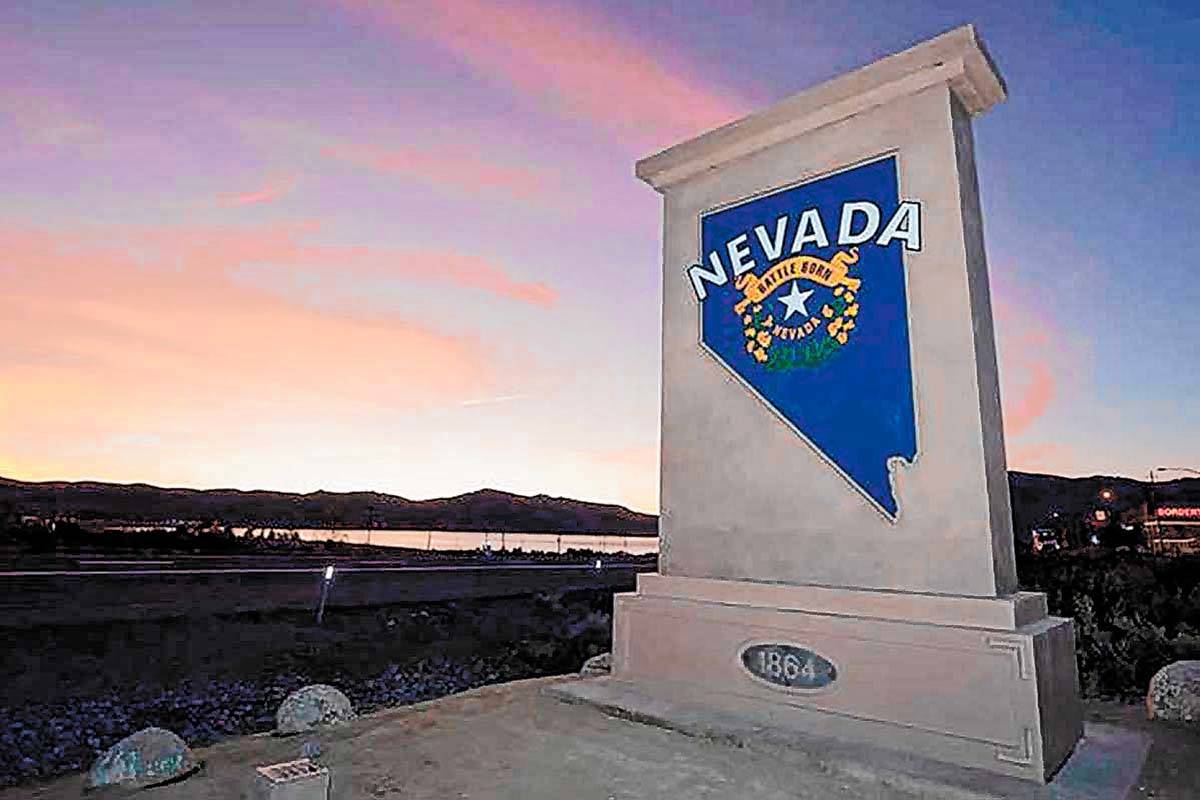 Nevada Department of Transportation Gov. Steve Sisolak announced Monday that his request for a Major Disaster Declaration for Nevada in response to the COVID-19 outbreak has been approved by the Federal Emergency Management Agency. 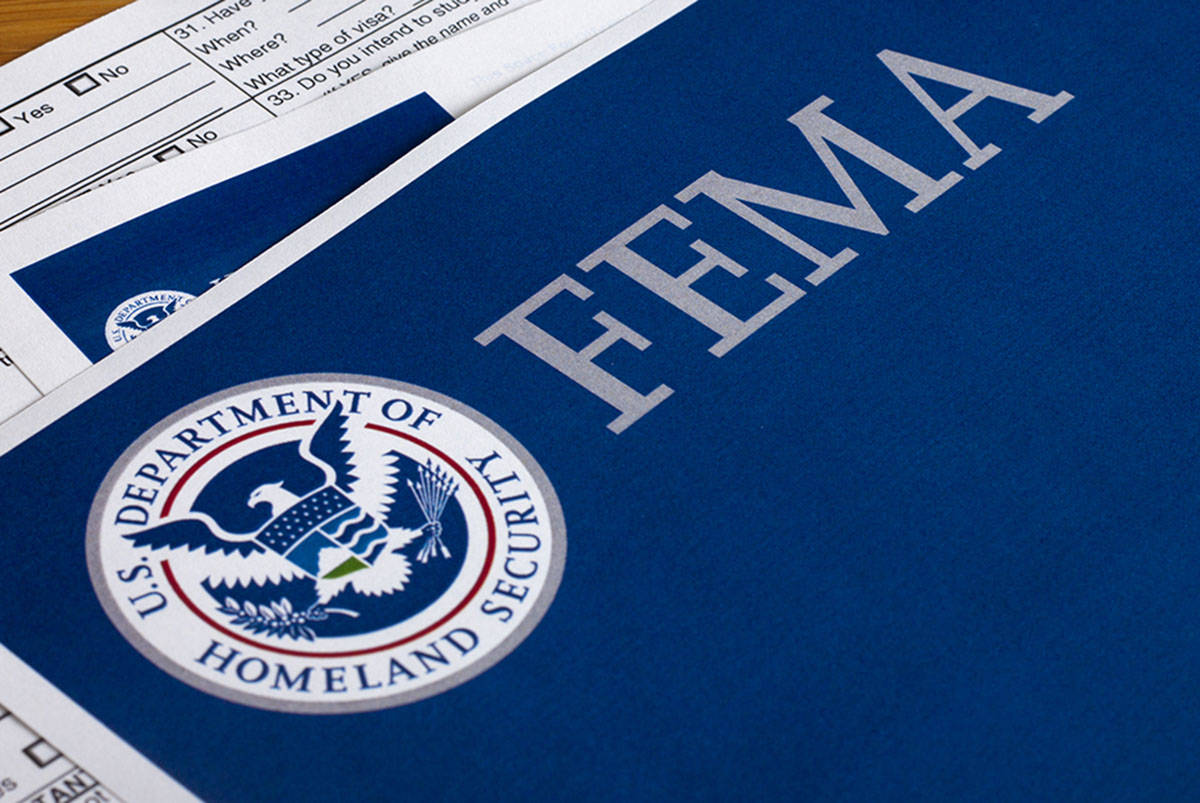 Getty Images Gov. Steve Sisolak announced Monday that his request for a Major Disaster Declaration for Nevada in response to the COVID-19 outbreak has been approved by the Federal Emergency Management Agency.

Gov. Steve Sisolak announced Monday that his request for a Major Disaster Declaration for Nevada in response to the COVID-19 outbreak has been approved by the Federal Emergency Management Agency.

Under the Stafford Act, there are two types of declarations: emergency and major disaster. According to FEMA, an emergency declaration can be issued for any occasion for which federal assistance is needed. Sisolak signed a state Declaration of Emergency on March 12. The total amount of assistance provided for a single emergency may not exceed $5 million.

The major declaration can be declared for any natural event that has caused damage of such severity that it is beyond the combined capabilities of state and local governments to respond, according to FEMA. Gov. Sisolak asked for the declaration in a March 31 letter to President Trump to unlock additional federal assistance programs for Nevadans affected by the COVID-19 pandemic.

“I am grateful to the president and federal government for their help, which will aid Nevada in responding and recovering effectively and efficiently from this disaster,” Sisolak said.

A major disaster declaration provides a wide range of federal assistance programs for individuals and public infrastructure, including funds for both emergency and permanent work.

The letter to Trump, sent as required by law through a regional FEMA office, included mention of the various directives Sisolak has issued with the goal of preventing further transmission of the virus, including closure of gaming establishments, schools and many state offices. Sisolak went on to stress the damage to Nevada’s economy because of the state’s reliance on tourism and gaming.

“The tourism industry provides for more than $1.8 billion in tax revenue, and it accounts for and supports more than 450,000 jobs within the state of Nevada, representing approximately 33% of all jobs within the state,” Sisolak wrote. The governor went on to state that means one-third of Nevada residents will be unable to meet their personal financial obligations because of lost wages.

Further stressing the economic pain the COVID-19 response will have on the state, Sisolak noted that small business owners provide well more than 650,000 jobs in Nevada, but approximately 300,000 of those jobs are considered nonessential during the crisis. “Small businesses, and their employees, are suffering disproportionally due to the restrictions placed upon both essential and nonessential businesses, which are necessary to prevent the transmission of COVID-19,” he wrote.