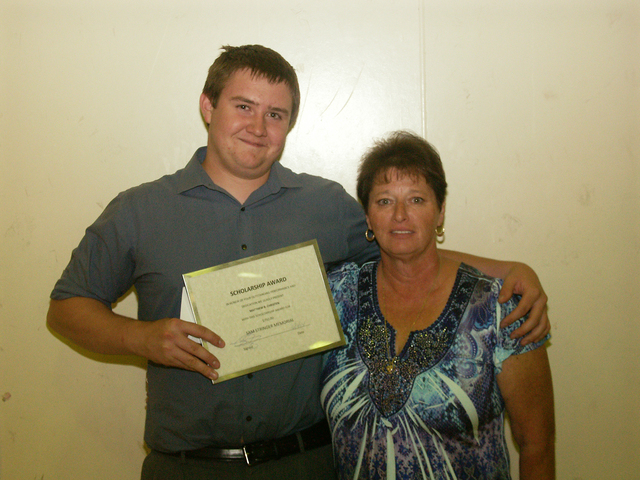 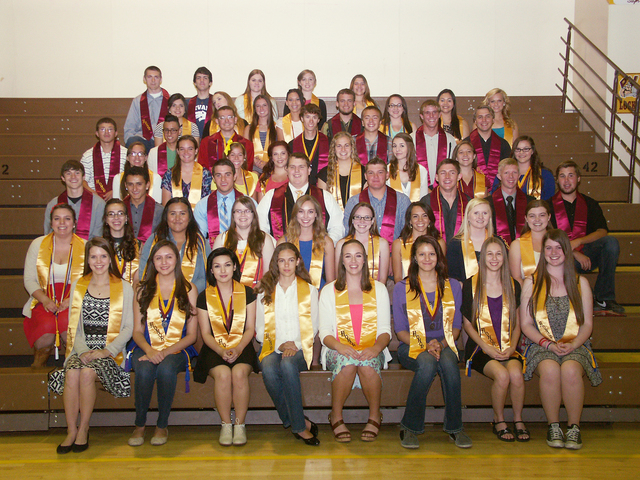 As students and faculty members prepare for Pahrump Valley High School’s 2014 graduation this evening, honors were bestowed upon the campus’ academic elite.

The school’s annual Senior Awards Night shed light on the “Best of the Best” this past Wednesday evening.

Parents and family friends packed the PVHS gym in anticipation of the ceremony.

PVHS Principal Max Buffi praised all who received an award for their respective academic accomplishments.

“This is the second best night of the year and it’s great to see these kids who are the ones who really put the effort into it. Many of our top athletes are also the top academic students that we have. One advantage that we have is the fact that we are not that big of a school so students have the opportunity to excel in the classroom as well as perform in the classroom,” he said.

Buffi also gave recognition to staff and faculty members for their efforts in teaching and guiding the students.

“I have a great staff of teachers and support staff who really care about the students. They really work hard with them and that makes all the difference. In the bigger schools, you don’t always get that. I was talking to a parent tonight who moved from Las Vegas many years ago to bring her kids here to go to school just because of the fact that we are a smaller high school. As a result, her kids have become top students,” he said.

PVHS senior Matthew Christian was the recipient of a scholarship.

Like many students who are preparing to graduate, Christian said on Wednesday that he feels a sense of relief after four years of study.

Chief among his favorite classes were industrial arts.

“I’m getting ready to start the next chapter in my life and getting the building blocks for a good future. I will attend Universal Technical Institute and as soon as I get out of college, I’m going to join the operators union and become a heavy equipment mechanic,” he said.

Additionally, Christian said unlike many graduating students, he plans to return to his hometown where he can give back to the community.

“You got to come back where you started,” he said.

Christian was the recipient of the Sam Stringer Memorial Scholarship.

Sheree Stringer was on hand to present the award.

“When Sam passed away a bunch of our friends came and wanted to honor Sam. We decided since the community was so good to us, we wanted to give back which is why we started the Sam Stringer Memorial Scholarship Fund. We give it to a deserving student that will go into the automotive field and this year we were able to give two scholarships at $750 a-piece,” she said.

“I think it went really great and very smooth.” said PVHS Registrar of Students Jennifer Shockley. “For the people that put it all together, they deserve all of the credit. Mrs. Couch put in a lot of time and effort along with the staff including Mr. Brockman and Mr. Buffi,” she said.

Commencement ceremonies are set for tonight at 8:00 p.m. on the football field.

More than 220 PVHS seniors are expected to take the walk.