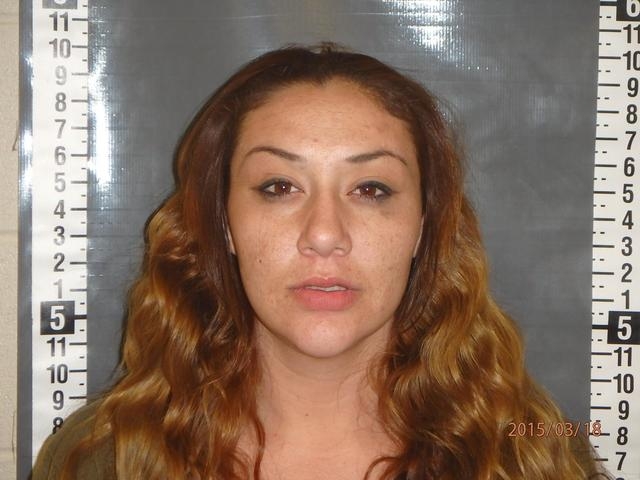 Police have made another arrest in connection with an extensive Operation Super Lake identity theft and fraud ring investigation.

According to police, she initially fled to Las Vegas but was located in Pahrump and arrested, admitting to the fraudulent activities.

Carson was charged with fraudulent use of a debit card and is being held in the Nye County Detention Center on $5,000 bail.

It was discovered that she had obtained the stolen cards from Diane Lake, who is at the center of the identity theft and fraud investigation involving more than 200 local and Clark County victims. Investigators are working to notify each victim over the next two weeks. Multiple new victims have been identified.

The arrests of Lake and four local residents earlier this month has broadened to include additional arrests and the issuing of warrants for additional suspects, the Nye County Sheriff’s Office announced Monday.

Carson is the 10th adult, along with at least two minors have been arrested as part of the investigation.

Detectives are following up on several leads in Operation Super Lake and the investigation is ongoing. Anyone with information pertaining to this case is urged to contact the Nye County Sheriff’s Office at (775) 751-7000 or by emailing ncso_detectives@co.nye.nv.us, attention Detective Mike Eisenloffel.