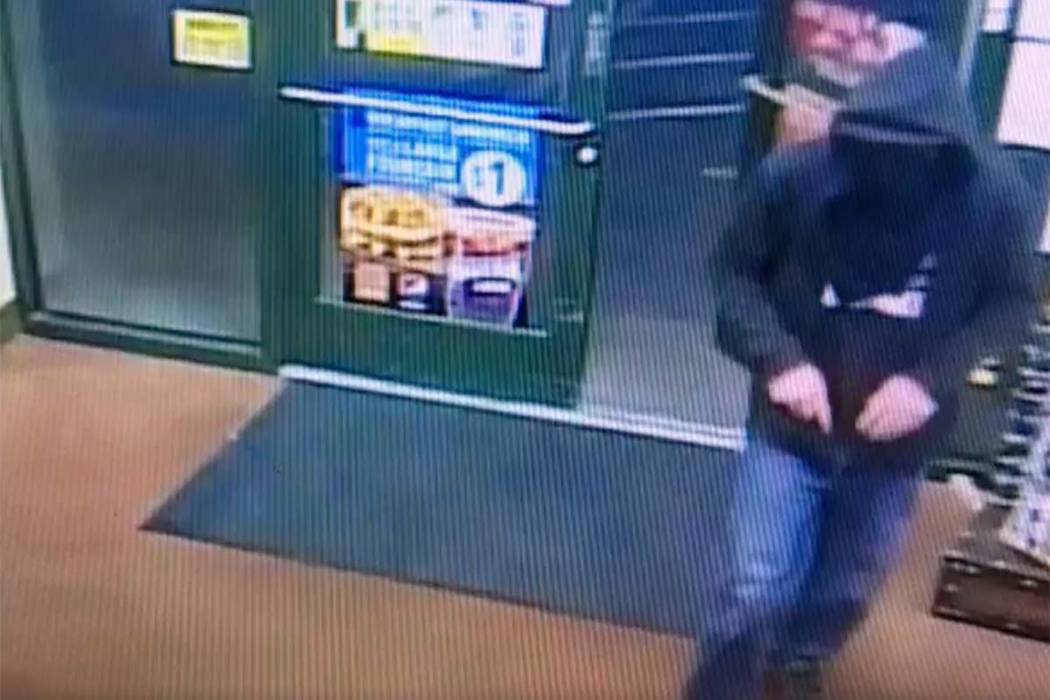 Nye County Sheriff's Office An image of a robbery suspect from a store video. Anyone with information on the suspect can contact the Nye County Sheriff’s office at 775-751-7000 or sheriff@co.nye.nv.us

The Nye County Sheriff’s Office is searching for a suspect in two robberies Monday night in Pahrump.

The first robbery was called in just after 10 p.m. at a Green Valley Grocery on the corner of Nevada Highway 372 and Blagg Road, according to Lt. David Boruchowitz of the Nye County Sheriff’s Office.

The second was reported after 11 p.m. at a Maverik gas station on Nevada Highway 160 near Homestead Road, he said.

Surveillance video shows a man wearing blue jeans and a black sweatshirt with the hood up in both stores.

The sheriff’s office initially sought information on two persons of interest wanted for questioning but later determined that the couple was not involved in the robberies.

Anyone with information on the suspect can contact the Nye County Sheriff’s Office at 775-751-7000 or sheriff@co.nye.nv.us