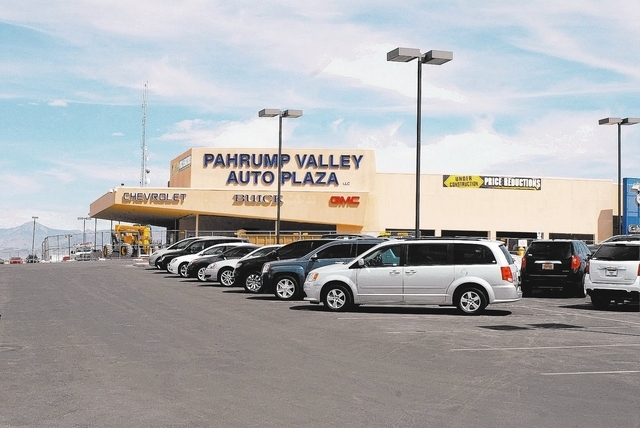 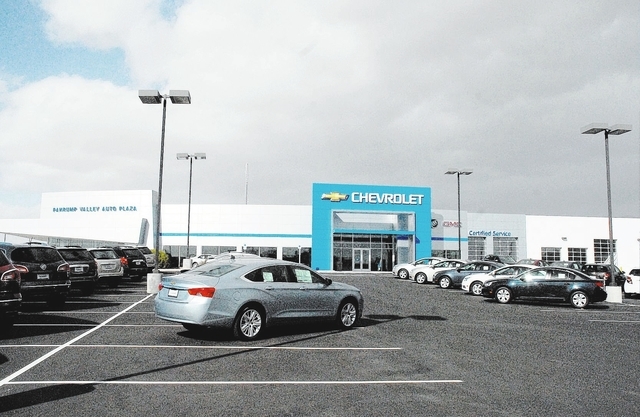 With the renovations completed to the Pahrump Valley Auto Plaza facility on Charleston Park Road, it’s time for a party.

Upgrades to the dealership began in April and were completed in June and included new windows, flooring, paint and lighting. General Manager Sheldon Feddy said the facelift was compliments of General Motors. “They wanted their dealerships to have a uniform appearance kind of like McDonald’s.”

Feddy said he is grateful to General Motors for commitment to both the dealership and the community. He said it is time to unveil the new look to the public with a charity event set from 2 p.m. to 6 p.m., Nov. 26.

Pahrump Valley Auto Plaza has always donated its facility to charity events. There have been a number of car washes benefitting the sports and cheerleading teams at the high school and the Boy Scouts have held fundraisers there as well. The Lions Club annual Breakfast with Santa is another event hosted at the dealership and the Lions have provided food for other charity events hosted by the Auto Plaza.

Feddy said the event set for next Tuesday is a promotion for the dealership as well as three local charities which will have booths set up outside. Food for Thought, No to Abuse and Pahrump Disability Outreach Program will all be seeking votes from the public to collect money for their charity. Feddy said he expects to total donations to be between $4,000 and $5,000.

It works like this: Attendees to the party will register and get a raffle ticket for one of five gift certificates to Smith’s Food &Drug. Feddy said it’s enough to purchase the fixin’s for a Thanksgiving meal. Voting tokens will be for sale at $5 each. Those tokens will be used to vote for the charity of choice and Feddy said the first 100 participants get a free token, also worth $5.

There is an even bigger bonus for anyone purchasing a car. Buyers will get a voting token worth $100.

Feddy said securing votes is up to the individual charities. “They will all have information booths set up,” Feddy said. “It’s up to them to pitch their charity to the public and get those $5 and $100 tokens.”

At the end of the celebration, each charity will tally the tokens collected from public voting and each will take that amount of money for their organization.

“There are no losers in charity,” Feddy said. “Everybody wins.”

Other activities include a barbecue of hot dogs and hamburgers by the Lions Club, a DJ spinning tunes and a Frank Sinatra impersonator crooning for the public.