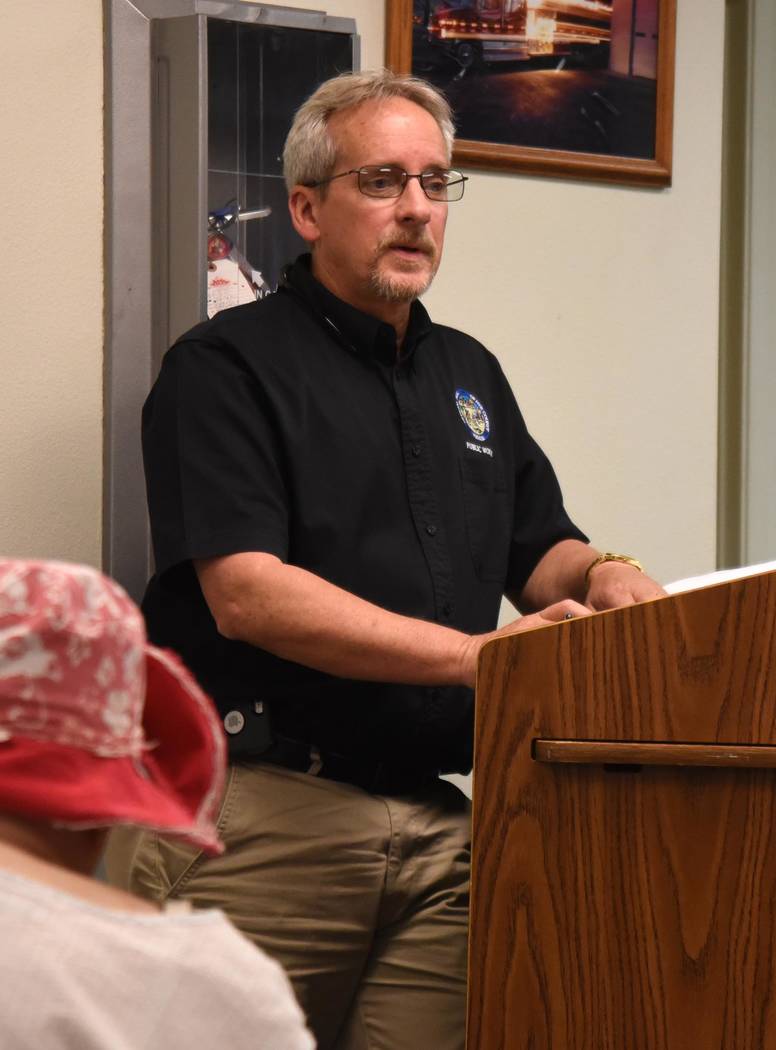 Richard Stephens / Special to the Pahrump Valley Times Nye County Public Works Director Tim Dahl talked about plans for road repairs and improvements in Beatty. Dahl described some of the types of work that might be done. He also listened to concerns from the audience.

With the town secretary on vacation, and only two of its five members present, the Beatty Town Advisory Board may have set a record, at nearly one hour, for the longest non-meeting in its history July 23.

Without a quorum, the board could take no action, but board treasurer Erika Gerling decided to let people who had traveled to make presentations to go ahead and do so.

Nye County Public Works Director Tim Dahl talked with the board and audience about plans for road repairs and improvements in Beatty. Dahl, who already had received a list from the town of roads to be considered, described some of the types of work that might be done. He also listened to concerns from the audience.

Dahl said that he wants to see gas and property tax generated in Beatty used for Beatty. He also said that people who live on non-county roads that have problems that would impede emergency service vehicles from accessing their property can ask for repairs.

Darrell Lacy, Nye County Director of Natural Resources and Federal Facilities, was on hand to seek board approval for a request to nominate some BLM land for auction, but that item would require approval by a quorum of the board.

Lacy also participated in a discussion regarding upcoming NDOT meetings regarding the planned Interstate 11 corridor. He said that the best location he had found for the bypass around Beatty was close to town on the west side, which might involve some private parcels.