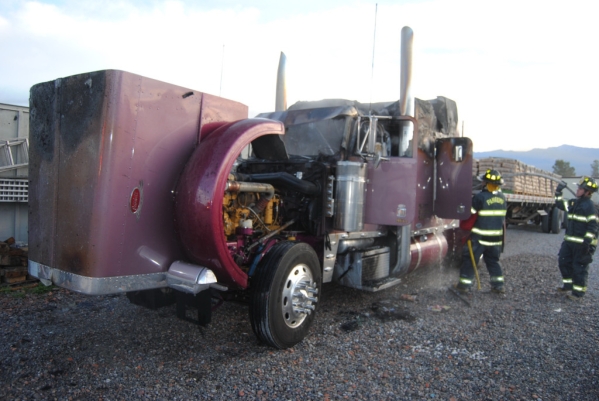 Brush and structure fires, along with a few motor vehicle rollover crashes kept local fires crews scrambling throughout the weekend.

Fire Chief Scott Lewis said it all began just after 10 a.m. on Friday when fire crews responded to a home at 1550 E. Kellogg Road.

“Upon arrival we found heavy smoke conditions within the structure which was attributed to a cooking fire,” he said. “It was contained to the appliance.”

Several hours later, fire crews were dispatched to the area of Conestoga Parkway and Keenan Way for a brush fire, just before 6 p.m.

“We found a small to moderate size ground cover fire that was easily extinguished without incident,” he said. “Normally we can attribute that type of fire to discarded smoking materials in dry brush and also people conducting controlled burns and not attending to it correctly.”

“Upon arrival the crews found the vehicle resting upright, but it showed that it had in fact rolled over,” he said. “There was no entrapment but one person was injured and refused further medical assistance. Also on Saturday we had another rollover vehicle accident just after 1 p.m. on Highway 178 which is actually Highway 372 when you cross over the California state line. That person had self-extricated out of the vehicle and was transported to the local hospital.”

Just after 9 p.m. on Saturday Lewis said crews were dispatched to another structure fire along Dahlia Street off of Basin Avenue.

“It was actually the car wash and upon arrival we found that one of the exterior mounted vacuum systems caught fire,” he said. “There were nearby exposed structures, however the fire was contained to that vacuum system and was extinguished without incident.”

On Monday crews were summoned to 1941 North Leslie Street for a report of another vehicle fire just after 7 a.m.

“When the first engine arrived on location they actually found a semi truck fire which had not yet extended to the flatbed trailer, containing about 7 to 8 pallets of sandbags,” he said. “The crews found a well-involved tractor which was a custom rig with a large sleeper on the back. Fire was showing from the interior and the crews made good progress by holding the forward progress of that fire with no extensions to the nearby exposures. That fire was deemed to be mechanical.”