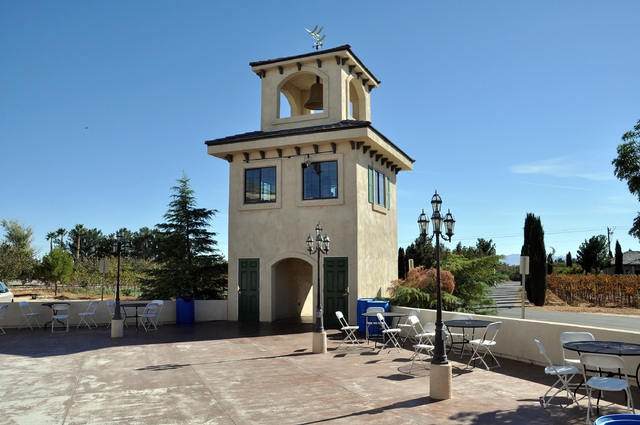 Sanders Family Winery is one of the many area businesses that has reported an increase in tourists. Horace Langford Jr. / Pahrump Valley Times 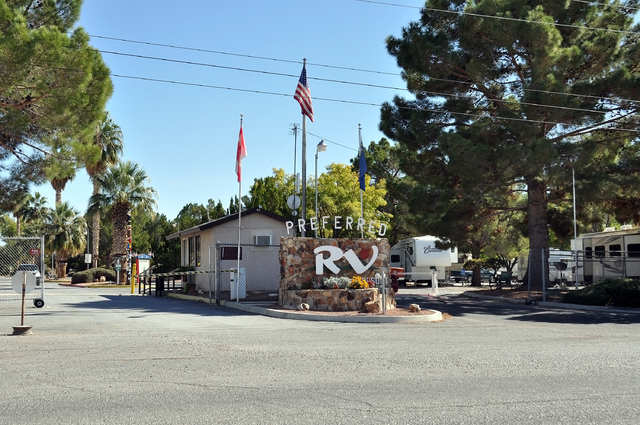 James Horton, general manager of Preferred RV Park, said the number of visitors at his park has increased “as high as 10 percent or more.” Horace Langford Jr. / Pahrump Valley Times 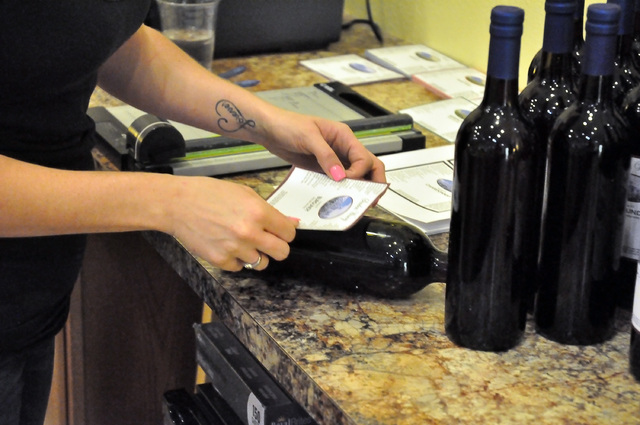 Tourism officials in Pahrump report the number of visitors is on the rise and some say that the changing image of the town is one of the reasons.

“Tourism and visitation in the town of Pahrump is very much up,” Horton said Oct. 18.

Horton is a member the Town Tourism Advisory Committee that promotes tourism in town. The panel is composed of business owners, executives of various lodging and gaming businesses, real estate market representatives and an executive of the Pahrump Valley Chamber of Commerce.

Horton said the number of visitors at his RV resort increased “as high as 10 percent or more” throughout the last year.

“It’s definitely not typical. If we went up 10 percent every year, we’d probably have to double the size of the park,” he said.

Preferred RV Resort has 270 sites and 10 cabins over 23 acres, more than any other RV resort in town. In the end of October, the beginning of the peak season, most of the spots in the campground are occupied by RVers from out of state.

“A lot of them come from the northwestern United States and Canada,” Horton said about his visitors. “A lot of them are snowbirds looking for an easier winter climate and not necessarily the warmest climate.”

Horton said the spike in visitation can be attributed to several reasons.

“Part of it is the improvement in the general economy, and part of it is in tourism and visitation in general,” he said. “Part of it is our internal marketing, of course.”

The marketing of Pahrump is a big factor in attracting tourists, officials said.

Members of the Pahrump Town Tourism Advisory Committee said they are trying to combat the negative perception that the town experiences, primarily with the residents of Las Vegas.

“Nobody outside of Southern Nevada really has any general impression of Pahrump,” Horton said. “It’s the metropolitan Las Vegas that has and a lot of it is based on what little they’ve seen in the media, such as on TV. The problem is, that’s not reality out here.”

“It’s definitely being changed because now most of stories that the residents of Las Vegas either read in the papers or magazines or see on TV are positive stories about Pahrump,” he added.

The change is happening thanks to the combination of factors such as marketing efforts, increased visitation to the town and some of the positive media coverage.

“It’s all those factors working together,” Horton said.

Braintrust, a Las Vegas marketing agency that has been assisting the Town of Pahrump Tourism Department in the marketing efforts since April 2014 manages visitpahrump.com and social media channels that relate to tourism.

Arlette Ledbetter, tourism director for the town of Pahrump said the marketing campaign has been successful in changing the image of Pahrump through media placements.

“We have effectively managed any negative perceptions. Our earned media placements have been all positive stories about the town and those stories have reached more than 1.6 billion impressions,” she said.

Pahrump also has been able to attract more of the metropolitan Las Vegas residents as well as out-of-state and international visitors through multi-channel marketing and partnerships with the state of Nevada, Ledbetter said.

“We have seen a considerable increase in new international markets such as Brazil and India as a result of a partnership with Travel Nevada. We have also increased awareness in Canada, United Kingdom, Germany and Australia,” Ledbetter said.

“But it’s not only the attractions that people are interested in, it’s the events and our RV parks,” Ledbetter said. “Another huge benefit is that we are a main entry point for Death Valley National Park.”

Jack Sanders, of the Sanders Family Winery, said he also has seen an increased number of tourists.

Sanders said he has seen an increase in Canadians from eastern provinces who visit his winery.

“It’s kind of amazing. It used to be that all of our Canadians came from British Columbia, few of them from the central part, but all of a sudden, we are seeing a tremendous increase of people coming from Quebec and Ontario,” he said.

Overall, he said over 90 percent of his visitors are from at least 100 miles away, among them are three percent international tourists. The remaining 10 percent come from Southern Nevada, he said.

Ledbetter said Internet presence and media coverage of the town of Pahrump have been a success.

Additionally, the town has generated 663 earned media placements with more than $1.3 billion in impressions and almost $10 million in publicity value.

“Most of the website traffic comes from people within the United States, especially those who are located in Nevada, California, Arizona, Texas, New York, Oregon, Washington, Utah, Illinois and Virginia,” she said. “We do have international visitors also, ranging from Canada and the United Kingdom to India, Germany, Mexico and even Australia. They may visit the website because they saw a social media post, a digital advertisement, or have subscribed to our electronic newsletter.”

But most visitors don’t come to Pahrump unless they heard about it, Horton said.

“So, as of any marketing campaign, you have to start with awareness,” Horton said. “And we’ve been trying to perpetuate that awareness not only in Las Vegas, where we spend a considerable amount of money on paid advertising but in California, in Arizona and Canada, where there’s a lot more opportunity.”

Some officials said the most effective way to attract tourists is still word of mouth.

“Remember, the tourism brings people in. And occasionally, we get some of them who buy a house, because they liked it here because they had a good experience,” Sanders said. “But that’s not the main thrust. The main thrust is tourism. And those people come in, they spend their money, they have a good time, hopefully, and they leave us. And they tell other people, ‘When you get a chance, go visit this little town called Pahrump a little bit west of Las Vegas,’ and you will be surprised how many people come to us and say, ‘Our friends told us to come out and visit you guys.’ So, word of mouth still works best.”