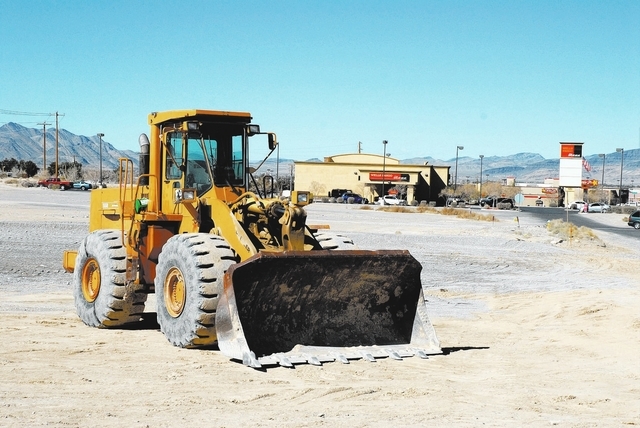 Again, there is movement on Highway 160. Large earth moving equipment is making way for the foundation for not a new business, but an expanding business.

China Wok, located in the small strip mall behind Walmart on Dahlia Street, has been in business here for over 10 years and local resident and owner Jinfu “Jeff” Shao has decided to build a bigger restaurant just south of Wells Fargo Bank on Frontage Road.

China Wok is the only sit-down Chinese restaurant here since House of Fortune closed at Wheeler Springs Plaza several years ago.

Building contractor Andrew Jordan said the new facility will be 9,400 square feet. Shao said 7,000 square feet will be allocated to the dining room. The restaurant now has about 3,000 square feet, according to Shao.

A portion of the new facility will include something China Wok doesn’t have — banquet facilities. “We have people who would like to hold big parties and we can’t accommodate them where we are,” Shao said.

One of the benefits to owning his own lot will be more parking. China Wok is now sharing limited parking spaces with three other businesses. An expanded parking lot can be shared with patrons and employees without anyone having to park on the side of a public street.

Shao said the name of the restaurant will change to China Wok Buffet &Grill, and there is a reason for it. Several additions to the restaurant’s menu are planned, including a grill station and a sushi bar.

The grill will have its own experienced chef. Patrons will pick the protein and/or vegetable ingredients of their choice from the cold buffet. Several styles will be offered with the sauce ingredients being key. Take the ingredients to the grill chef, tell him what style you’d prefer and he will prepare it for you. The grill option will be included in the price of the buffet.

The sushi bar addition should be a big hit as the only place to get sushi here is Ohjah Japanese Hibachi &Sushi in the Pahrump Junction shopping center.

Shao said right now, China Wok offers limited sushi but his customers like it so well, he’s decided the new restaurant will have a sushi bar with a sushi chef. The sushi menu will be included in the price of the regular buffet, which will also be expanded to include more options.

Shao said even though he’s keeping the concept simple, in that everything China Wok Buffet &Grill will offer is included in a single price, it will increase. Shao said even with the new building, the price will only go up by $1 to $2 per person, making lunch $7.49 and dinner either $9.49 or $10.49 per person.

Food will still be available for take-out.

Asked if he intends to offer alcohol in the new facility Shao said, “not at first. We will continue to serve soft drinks, tea, coffee — maybe we will file a liquor license application to serve beer and wine later.”

The project is expected to be completed within six months. Even though it has just begun, the effort has not run smoothly.

Danny Murphy, subcontractor for the earth moving portion of the work, experienced “vandalism” of equipment, when he arrived on the jobsite last week to discover tires on his bulldozer flattened.

Jordan said the tires will cost Murphy about $5,000 each to replace.

A $500 reward for information leading to the perpetrator who “took a drill and drilled holes in three of our tires,” was posted on Murphy’s daughter’s Facebook page with a plea to “help us find who did this.”