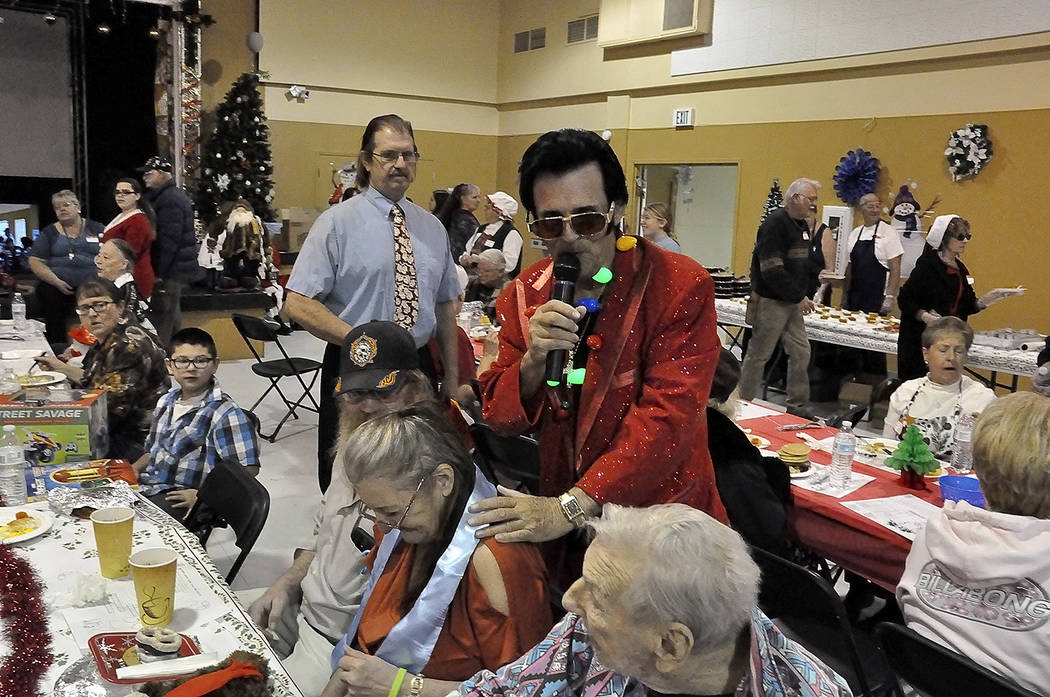 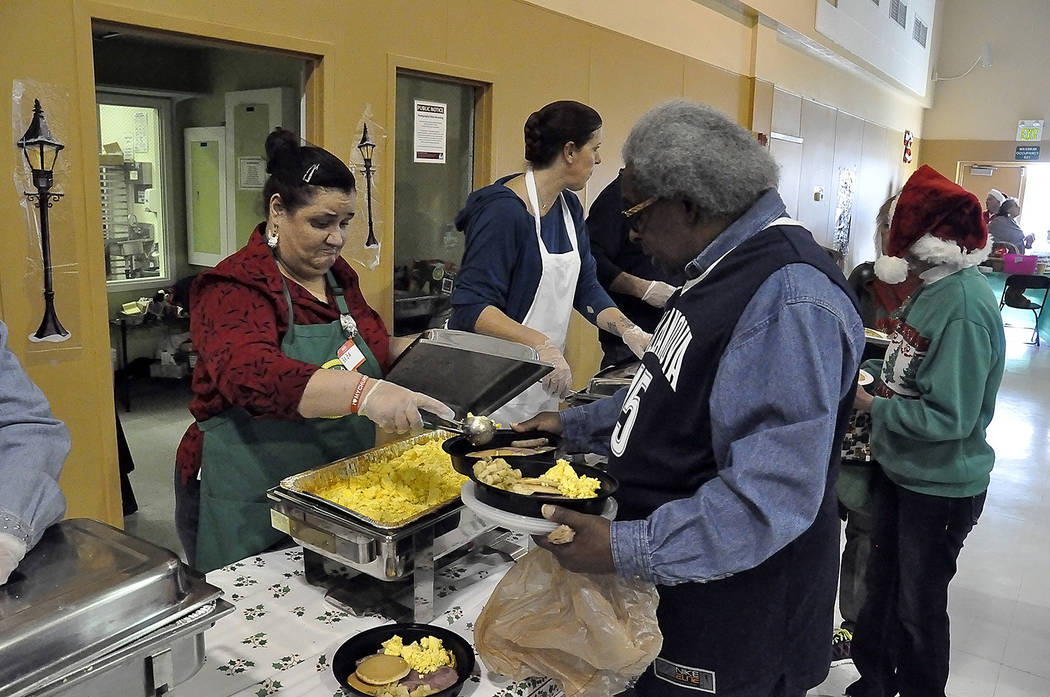 Horace Langford Jr./Pahrump Valley Times Upwards of 400 individuals and families attended the 10th Annual event where a buffet-style brunch was provided at the 1020 E. Wilson Road campus on Christmas Day. Organizers noted the importance of community volunteers to make the event a reality once again this year. 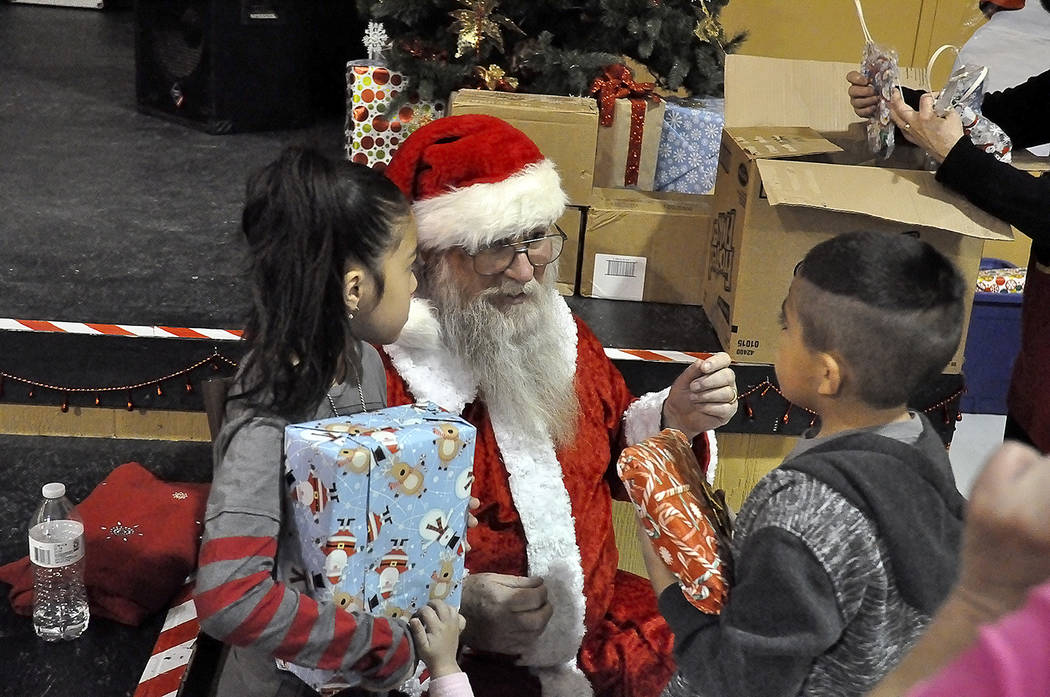 Officials with Nye Communities Coalition saw to it that no one in the community had to spend Christmas Day alone this year, as the agency welcomed any and all to its Community Christmas Day Brunch gathering this year, at their 1020 E. Wilson Road location.

It was the 10th annual event hosted by the coalition’s Holiday Task Force. Task Force Co-Chairwoman Linda Wright said there was no shortage of attendees for this year’s celebration, who enjoyed scrambled eggs, potatoes O’Brien, sausage, and ham, as well as biscuits and gravy.

Even Jolly St. Nick made an appearance as he handed out ‘extra presents’ to all of the children in attendance with their families. “The Christmas brunch was very good and we served around 350 to 400 people on Christmas Day,” Wright said after the event. “Santa Claus also made an appearance, which was very special to the attendees. The reason we do it is very simple. We just want to give back to the community and help those who are truly in need.” As in years past, the coalition provided transportation to and from the venue for all who had no other way to participate in the brunch. Wright noted that the coalition this year teamed up with another local agency for those who were homebound and could not physically leave their residence.

“This year was very special because we teamed up with the Pahrump Senior Center,” Wright said. “They prepared all of the food for us, as well as provided all of the home deliveries. I think this is a great relationship we have just recently developed with the good people at the Pahrump Senior Center. We also provided food baskets to those who needed them. That was in conjunction with the Pahrump Salvation Army. We used their facilities so people could just drive up and get their baskets of food.” Additionally, Wright said the selfless acts of community members and benefactors made all the difference in presenting the annual event. “We could not have done this without the help of our great volunteers,” Wright said.

“The donations that we received from the community also helped us a great deal. Two of our big sponsors this year were Desert View Hospital and Valley Electric Association. This event has been put on every year by the coalition’s Holiday Task Force.”

Along with the food and fellowship, on Monday, the day’s entertainment was provided by Pahrump’s best known Elvis impersonator, Johnny V.