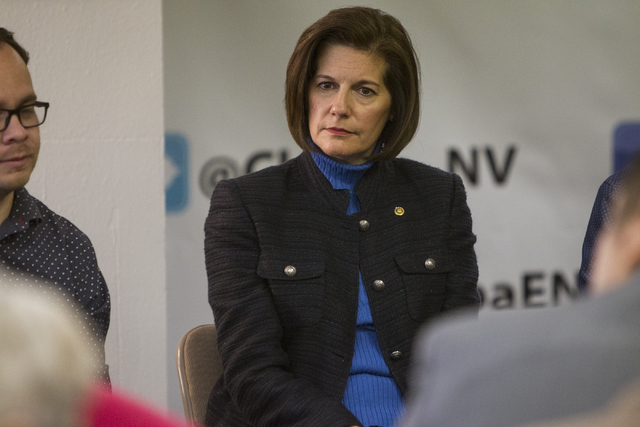 “The internet has become a necessity in today’s society, and no Nevadan should be without access, regardless of where they live,” the Nevada Democrat said during a speech to the joint session of the Nevada Legislature Thursday night.

The speech rounded out a series of biennial addresses from the state’s congressional delegation to state lawmakers.

The freshman senator said the need goes beyond families being able to binge-watch their favorite show or stream movies.

Having access to reliable broadband internet brings with it access to online education options and telemedicine, she said, so people don’t have to drive hours just for a doctor’s evaluation.

The senator said she’s working on legislation in Congress that would fund projects aimed at bringing the infrastructure to support that broadband access.

Cortez Masto also touched on several topics on which she’s been outspoken, including her opposition to the plan to revive Yucca Mountain as a nuclear waste dump, working to protect the immigrant communities in Nevada and ensuring the state pushes forward into research and practices for renewable energies, such as solar and geothermal.