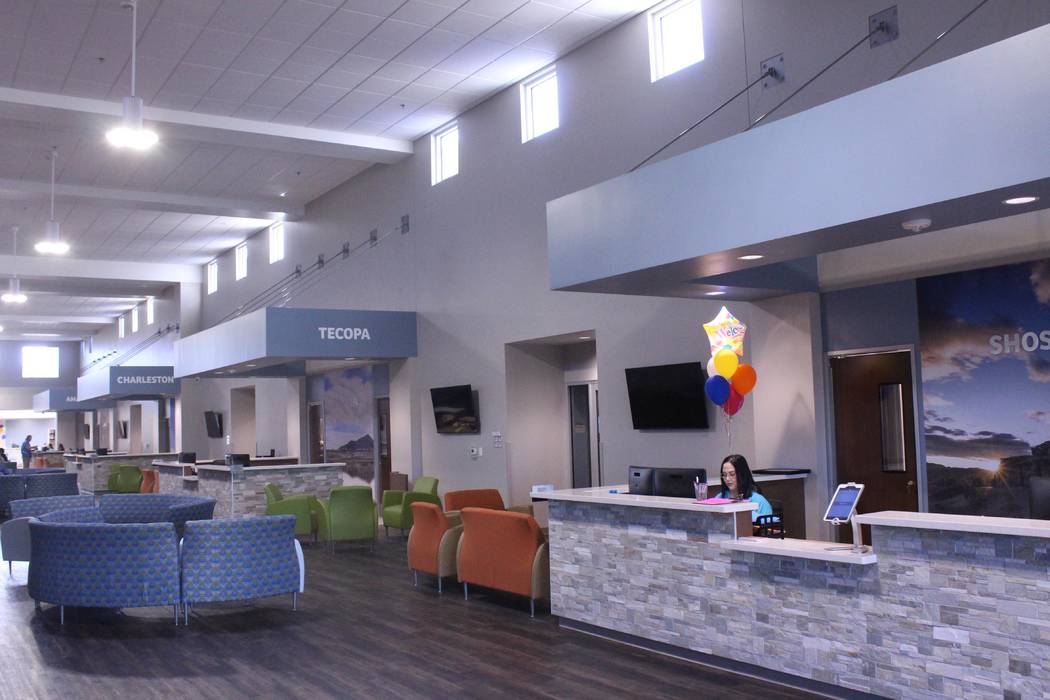 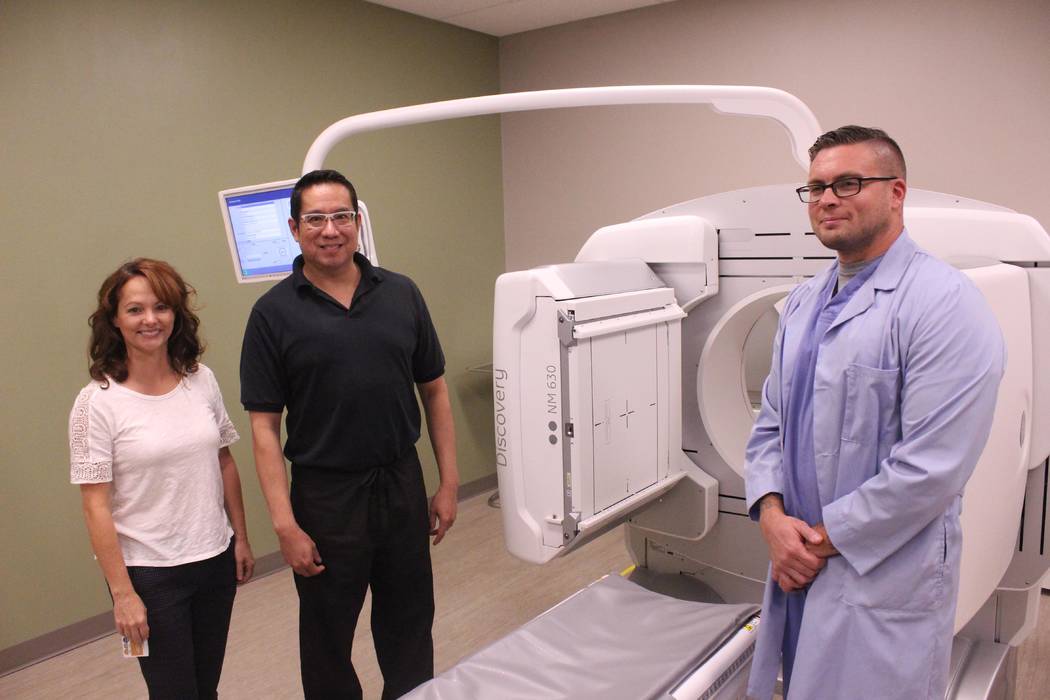 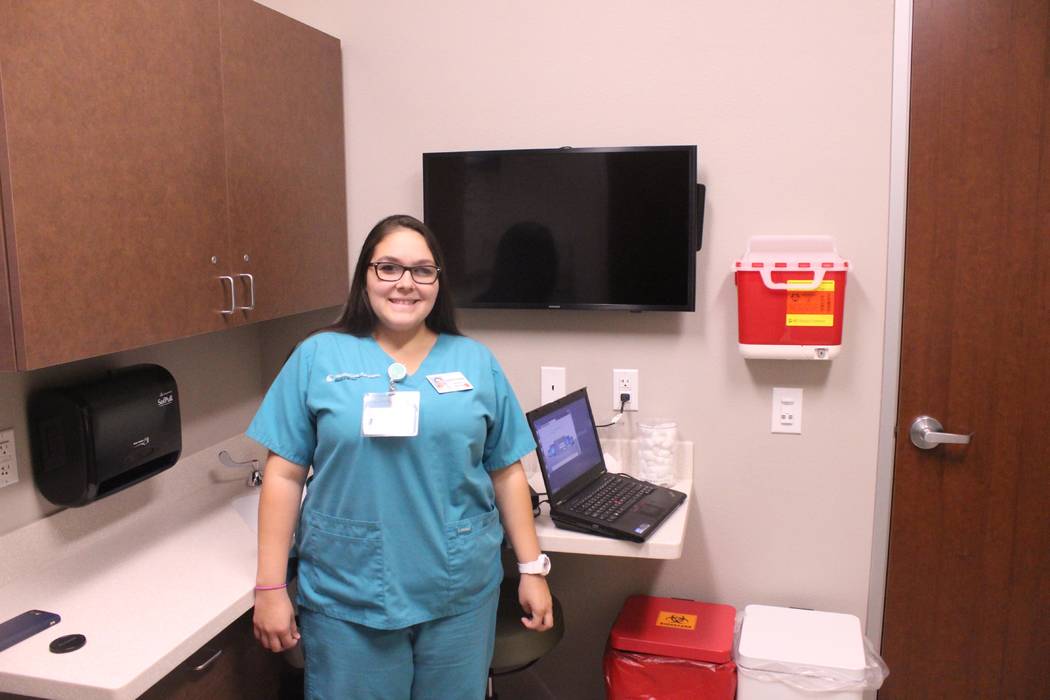 HealthCare Partners, a division of DaVita Medical Group, completed its new 58,000-square-foot medical building is now serving patients as of September, bringing a higher level of efficiency, convenience and some new services for locals and others in need of medical care in the area.

“It’s an honor to be providing care to over half of the folks who live there (in Pahrump) with this expanded urgent care that we’ve always had there and primary care presence,” said Dr. Bard Coats, market president for HealthCare Partners.

HealthCare Partners consolidated its holdings in the local area, bringing its roughly six buildings into one space at 1397 S. Loop Road, just north of Highway 160 and west of E. Calavada Boulevard.

The new building is more of a one-stop shop, with urgent care, imaging, and primary and specialty care all in one spot.

At that time, Coats said “We had just, as a company, acquired three medical companies in the Pahrump area, trying to consolidate those into an organized medical group like we have here in Las Vegas.”

About four years ago, Coats said the group had a town hall meeting, where it was suggested that a new building be built.

After that, the group worked to find a developer and someone willing to put together a build-to-suit structure that HealthCare Partners could lease.

Once that came together, the group broke ground in March 2016.

HealthCare Partners, which leased space in its multi-building holdings in Pahrump, plans to vacate those spaces and move everyone into the new building. Coats said they plan on keeping one building across the street from the newly built structure.

The new space features some improvement over the leased space.

One of those features is the use of pods or units for the primary and specialty care areas. Each of the eight units is named. Shoshone, Tecopa and Charleston are just a few of those names.

Lori Pryor, of HealthCare Partners, gave the Pahrump Valley Times a guided tour of the new facility and the new pod units. The new units are designed to keep family members and patients separated from health care workers.

“The patients come into the exam room from a different entrance in the backside of the exam rooms, where they don’t have to go where it’s a noisy, messy area where the doctors are all working,” Coats said.

Coats said each building that gets remodeled in Las Vegas is updated. The group tries to implement this concept.

The medical group has a network of 310 primary care physicians and more than 1,700 specialists throughout Pahrump, Las Vegas, North Las Vegas, Henderson, Mesquite and Boulder City.

Locally, the group employs about 80 people in the new building, Pryor said.

That number includes 13 primary care doctors and four providers in its urgent care inside the new building. The group also has several specialists in pain management, OB/GYN, dermatology, neurology, urology and a couple of other areas.

Pryor said there has been some consideration of expanding those hours but no plans have been made yet.

Pryor said all of its imaging services are now all in one building, where people had to travel around town to multiple locations before the new facility was completed.

HealthCare Partners has partnered with Desert Radiology for its imaging services. The group has several pieces of equipment on site.

The new Pahrump location marks the eighth for Desert Radiology and its first in Nye County.

Desert is offering X-ray, MRI, CT, ultrasound, nuclear medicine services and more to HealthCare Partners’ patients. Desert’s X-ray, CT and ultrasound services will be offered seven days a week from 8 a.m. to 8 p.m., with all other services available 8 a.m. to 5 p.m. Monday through Friday.

“We’re so proud to bring these services to the residents of the Pahrump community,” Richard Bodager, CEO of Desert Radiology, said in a news release. “This facility will go a long way in improving the quality of health care that’s available in Nye County, especially for patients who previously had to travel for services and, in some cases, regular treatment. It’s exciting to be able to care for them in their own backyard.”

Also in the new building will be a 2,000-square-foot Humana neighborhood location for those covered by Humana insurance. There is also a Humana integrated retail pharmacy, open to members and non-members.

Pryor said Humana patients will be able to sign up at the facility during open enrollment and health education classes, such as those for diabetics, will be offered in that space for Humana patients.

The only plan the group doesn’t work with is Senior Dimensions, a Medicare plan.

Also coming is a new coffee shop, where patients and family members can grab a snack or other refreshment.