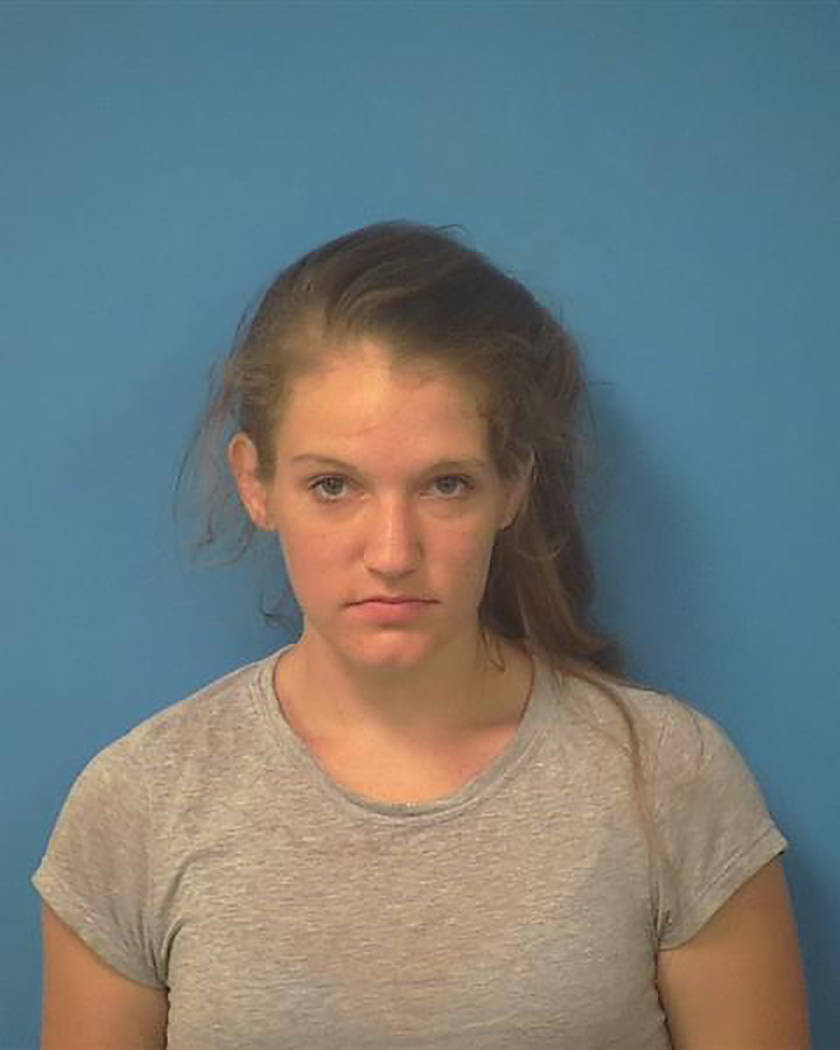 Special to the Pahrump Valley Times A Nye County Sheriff’s Deputy was able to capture Brittany Lynn White in the parking lot of Desert View Hospital after she allegedly tried to escape custody. White was eventually discharged from the hospital and charged with escape by felony prisoner, on Aug. 30.

The incident, according to a sheriff’s office news release, occurred on Aug. 30, when the deputy escorted White to the radiology department to undergo X-rays.

During that time, White’s lower extremity restraints were removed in order to complete the X-ray procedure.

Once the technician advised the deputy that White was on the run, the deputy was able to capture her in the parking lot of the hospital and place her back into custody.

White was eventually discharged from the hospital and charged with escape by felony prisoner.

The public was never at any time in harm’s way as White was captured within one minute of her escape, the release stated.

White was also charged in October 2016 with being an accessory to burglary, which is a felony.

In July 2014, White was arrested with another individual and charged with possession of drug paraphernalia, with other charges pending, according to reports.