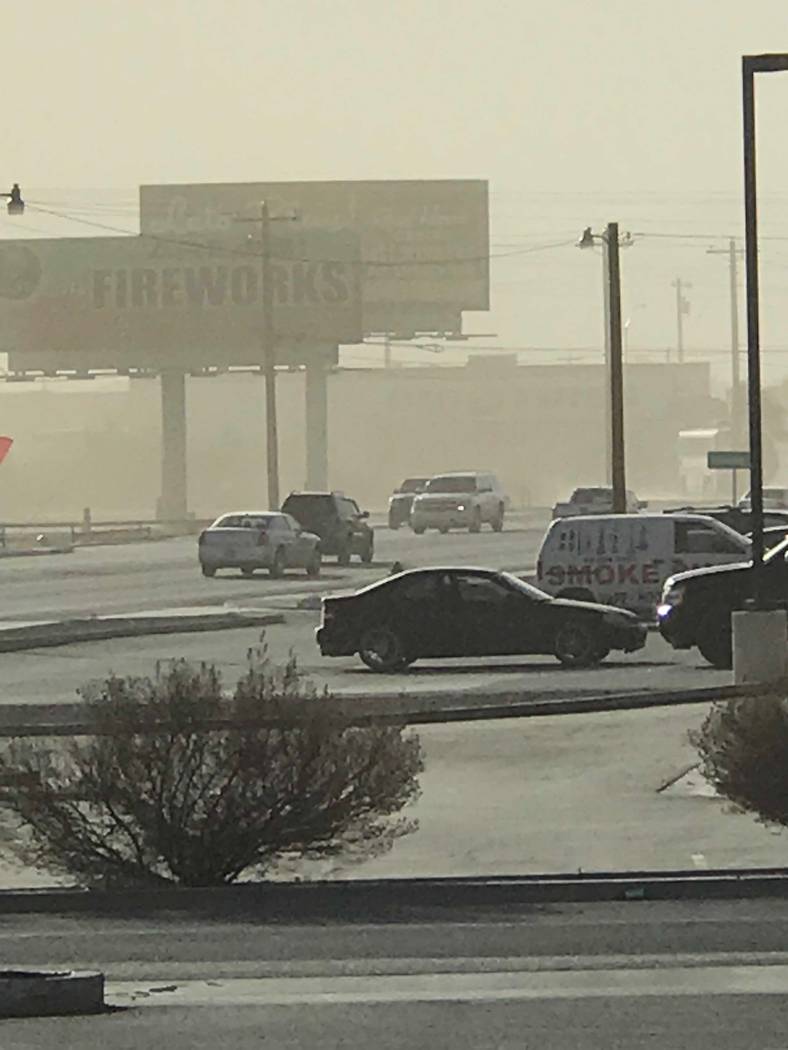 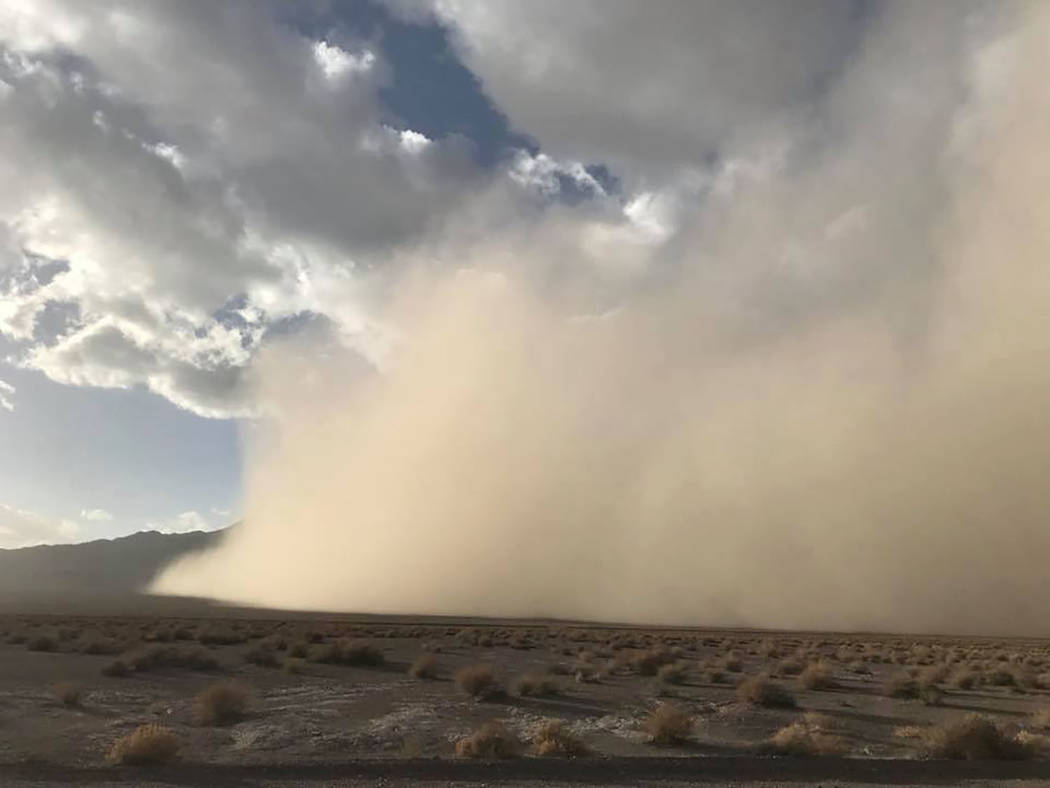 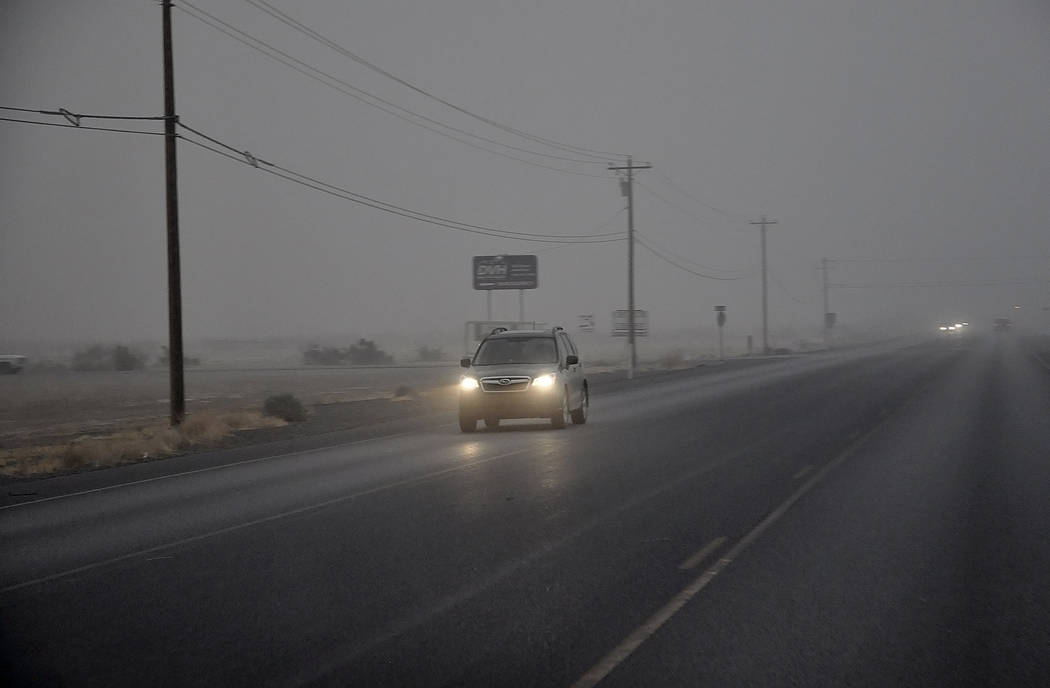 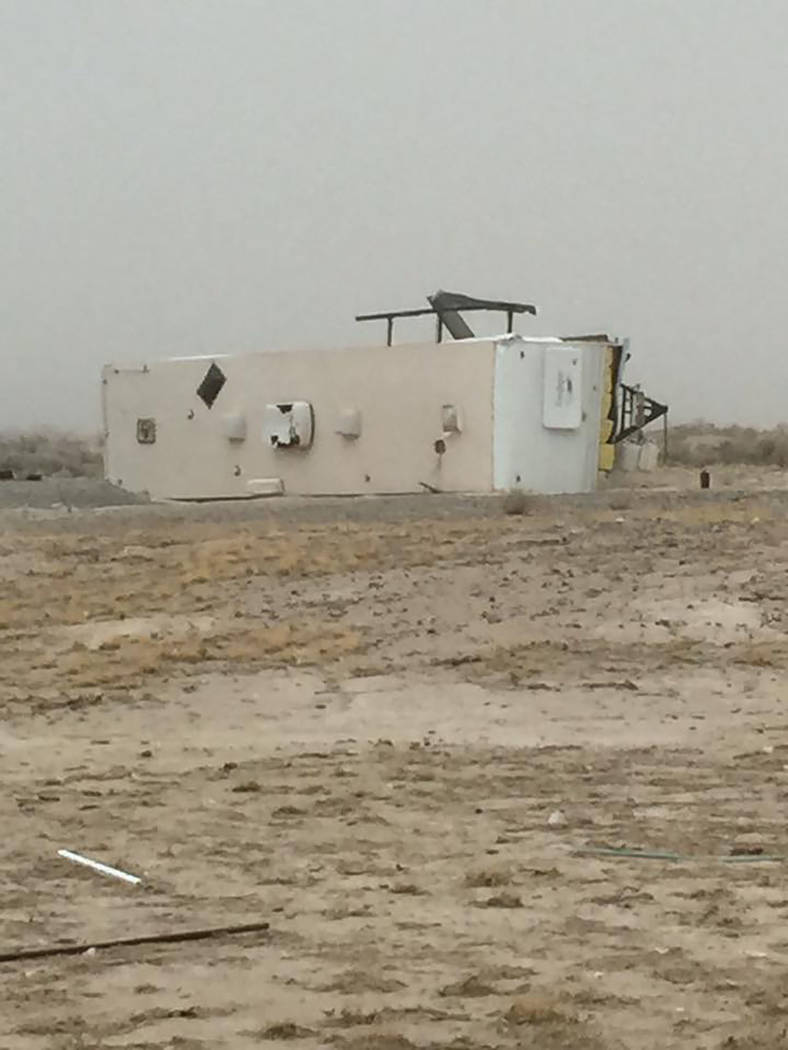 Winter officially arrived on Thursday, bringing with it a combination of cold, wind and dust.

A hard freeze warning was in place starting at 10 p.m. Thursday for the region. Temperatures by this morning were projected to fall to 19 in Pahrump and 23 in Amargosa Valley, among other regional communities. A separate wind advisory remained in place into midafternoon Thursday. The hard freeze was set to expire at 8 a.m. today.

“Bring pets indoors to protect them from the cold,” the weather service said in a statement Thursday. “To prevent freezing and possible bursting of outdoor pipes, they should be wrapped, drained or allowed to drip slowly. Anyone with in-ground sprinkler systems should drain their systems or cover any above-ground pipes to protect them from freezing.”

Strong winds in Pahrump led to blowing debris and pushed up dust across roadways in some spots around town.

On Wednesday afternoon, the flag at the Pahrump Nugget was standing strong and rippling in the wind as things like boxes and water bottles danced in the streets near the gaming property. Drivers even eased off the gas along parts of Nevada Highway 372 as wind gusts drew up heavy dust.

“Had a total brown-out in areas of Pahrump yesterday … driving down Manse around 3 p.m. and I literally couldn’t see 20 feet in front of me,” reader Crystal Coates Lawrence wrote.

In the Pahrump area, Nikki Vandiver Howard reported that the winds had knocked her parents travel trailer over in the community’s northwest area.

“This trailer sits on their property behind our house,” Vandiver Howard wrote. “Mom stays there when she comes to visit, as well as any family members. We had just gotten it ready for my son to stay in. Luckily, no one was there.”

“Praise God!” Lita Shaw Ingmire wrote in response to no injuries being reported as the result of the travel trailer turning over.

The winds were followed by sunshine and much colder weather.

Adair said winds were milder on Thursday but were expected to kick up in the afternoon.

The holiday weekend is expected to have a little bit better weather, with light winds and daytime temperatures in the 60s.