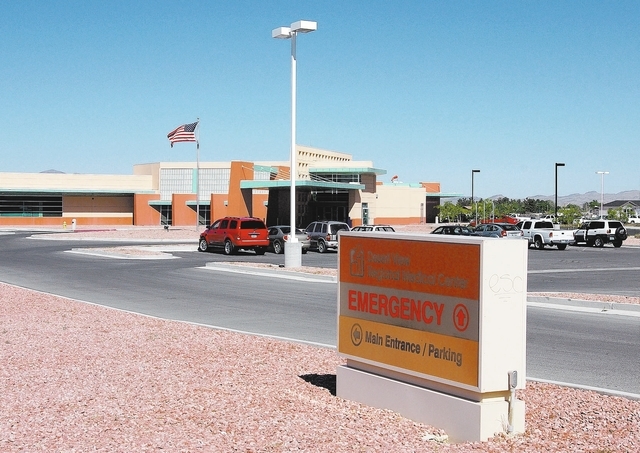 A recent survey on patient satisfaction at hospitals across the nation reported that Desert View Hospital scored above the national average in more than one-third of areas addressed.

The patient survey was conducted between April and June of this year.

According to the Hospital Consumer Assessment of Healthcare Providers and Systems (HCAHPS) survey, Desert View was rated as having a higher than average percentage of patient satisfaction in eight of 21 core areas including how often nurses treated patients with courtesy and respect, how often nurses listened carefully to patients, how often patients received help as soon as they wanted after pressing their call button, how often bathrooms and rooms were cleaned, the frequency with which patients needing assistance using the restroom were taken care of promptly, how often hospital staff explained the purpose of a medication, did patients receive information in writing about symptoms or health problems to be aware of after leaving the hospital and how often the area surrounding the patient’s room was quiet at night.

According to the quarterly report, which was issued on Oct. 16, Desert View furthest exceeded the national average in the area of hospital staff explaining what medications were used for, coming in at 89 percent satisfaction compared to a national average of 76 percent.

Participating hospitals are reportedly assessed each quarter based on surveys administered to patients who stayed at the facility during that time period. Seventy-three patients were surveyed for this past quarter’s results for the local hospital.

While Desert View met or exceeded the national average for patient satisfaction in nine of the 21 areas measured by the patient survey, the hospital fell just short of the national average in the 12 other areas including how often doctors explained things in ways the patient could understand, how often a patient’s pain was well controlled, the frequency with which the hospital staff did everything they could to help with a patient’s pain, how often staff described possible side effects in an understandable manner before administering new medications, making sure staff ensure patients have the help they need when they leave the hospital, taking into account the preferences of the patient or their caregiver when deciding health care needs after leaving and helping patients to clearly understand the purpose for taking their medications.

According to patients surveyed for the report, the hospital’s lowest area of satisfaction was in the area of how often those patients felt hospital staff did everything they could to help the patient’s pain level.

The hospital had a 68 percent satisfaction rating compared to a national average of 79 percent.

“Our team works very hard to ensure that every patient who comes through our doors is treated professionally and with respect,” said Melanie Lentz, Medical/Surgical Manager at DVH. “We take pride in what we do, and that translates into how we act and treat our patients.”

Lentz also noted that the HCAHPS scores are fundamental components of training for staff at DVH, allowing managers to better assess what areas may need improvement and see what areas are on par with or exceeding expectations.

“We look at every single score in detail to make sure we are doing all we can to ensure our patients have the best experience possible while in our care,” she said. “Each survey helps us be better, and we look forward to seeing all the scores improve in the next quarter.”