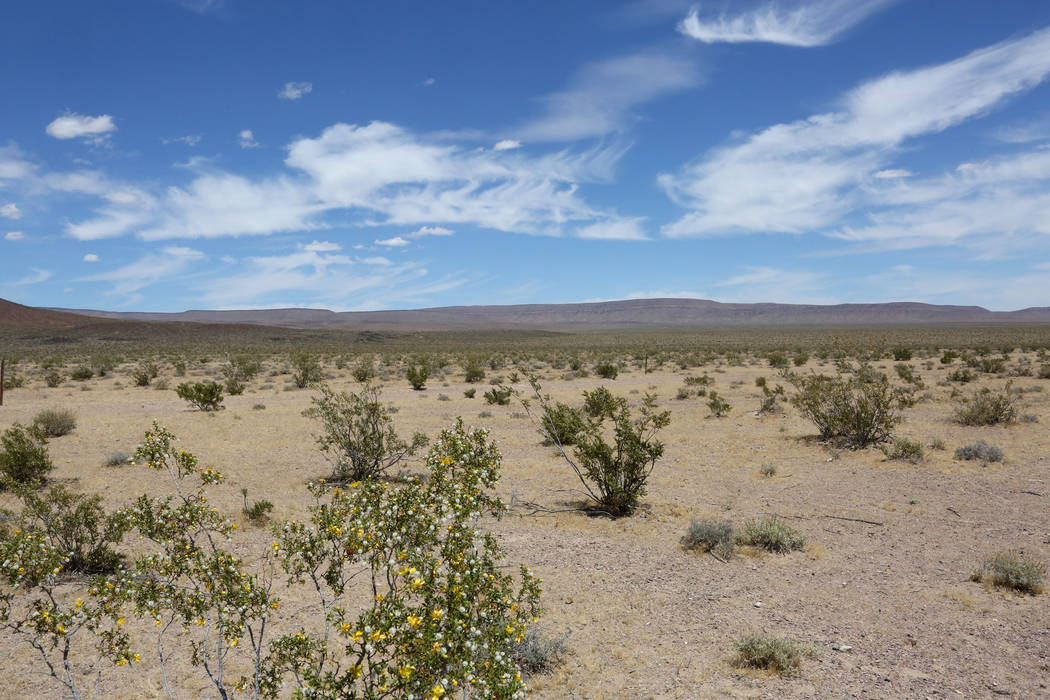 The Trump administration is committed to finding a long-term disposal solution for the nation’s nuclear waste, but Congress first needs to fund the effort, a top U.S. Department of Energy official said in Las Vegas.

President Donald Trump included $120 million in his budget blueprint for fiscal 2018, which begins Oct. 1, to restart the licensing process for the Yucca Mountain repository in Nevada.

House Republicans are moving forward with a bill authorizing that funding, plus another $30 million for the NRC. The Senate, however, did not include repository funding in its appropriations bill, so the matter will have to be resolved in conference.

“Ready waste disposal is absolutely a priority for this administration, and it well needs to be,” McGinnis told the audience on the opening day of the 11th annual RadWaste Summit in Summerlin.

He never said the words “Yucca Mountain” during his 30-minute speech or the brief question-and-answer session that followed, but it was clear what he was talking about.

Yucca Mountain, located in Nye County 100 miles northwest of Las Vegas, was designated by Congress in 1987 as the proposed site for permanent storage of highly radioactive waste produced by nuclear power plants nationwide.

The Energy Department, under President George W. Bush, filed a license application for the repository with the NRC in 2008. The department withdrew the application two years later at the direction of President Barack Obama, whose administration defunded the project.

The House bill to resume the licensing process, which the NRC expects to take three to five years, also would increase the amount of nuclear waste stored at Yucca Mountain from 70,000 to 110,000 metric tons until a second repository is in operation.

McGinnis said he hasn’t seen an administration so committed to nuclear power in his 26 years working for the DOE under five presidents. He said the Trump White House considers it “a key element for our energy security and independence.”

But it’s also a heavily regulated industry in which plants that are expensive to build and operate are struggling to compete in a marketplace flooded with power made with cheap natural gas. “We have (nuclear) plants retiring now that shouldn’t be retiring until 2030 or more,” McGinnis said.

Saving the industry will take increased innovation, government-assisted research and development and perhaps a move toward smaller nuclear reactors that utilities can more easily afford, he said.

There also needs to be a long-term solution on nuclear waste, McGinnis said. “We must stop kicking the can on the back end. We must find a path forward on disposal.”