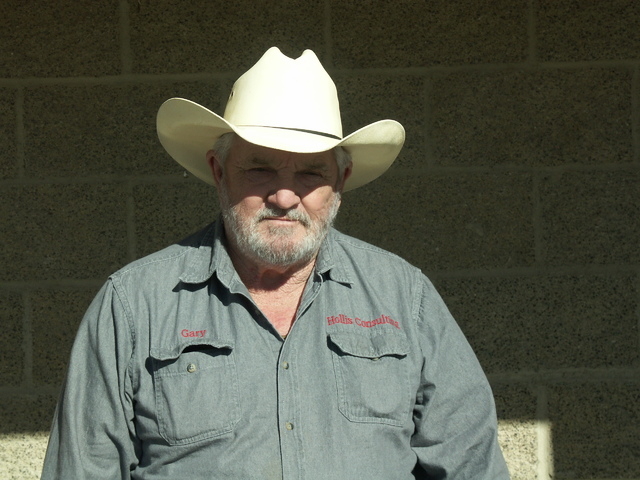 Hollis will champion the issue of term limits for state and federally elected officials and he wants to hear how Nevada residents feel about the idea.

A 1996 amendment to the Nevada Constitution capped term limits for state and local officials to elected office at 12 years. Hollis, in time, wants to further restrict that time in office to six years, but his focus now is the federally elected offices.

This week, Hollis said no matter what political party a candidate aligns themselves with, the original message that drove voters to the polls during their campaign often gets lost once the candidate takes office.

He now wants to try and change all that.

“None of the changes that they talk about ever gets changed,” Hollis said. “Everyone one of the presidents who said they want to limit the size of the federal government and implement term limits, doesn’t limit any of it because it always just gets bigger and bigger.”

Hollis lamented that he believes the federal government has overreached its constitutionally established boundaries to the point where children and grandchildren will ultimately inherit what he says is a bankrupt nation run by an unaccountable bureaucracy.

Additionally, he believes the solution lies in Article 5 of the United States Constitution, which he says allows American citizens to call a “Convention of States” to restrict the power and jurisdiction of the federal government, while at the same time, returning the citizens’ rightful power.

This month, Hollis started a petition drive to get Nye County residents involved in his latest cause.

“Right now the petition only pertains to federal officials now,” Hollis said this week. “We haven’t discussed the state offices. Nevada is only one entity and we need 34 states at the convention to ratify what we’re doing. One state can’t do it. It takes 34 states to call a convention and the delegates can then hash it all out and do what needs to be done.”

As coordinator of the Pahrump Convention of States, Hollis is urging Nevada residents to sign the petition to let lawmakers know they want change.

“I want the people to stay engaged,” Hollis said. “We want them to be on the phone calling their assembly members and senators. I want them to email their elected officials, because the more people we have calling them, the more afraid they are going to get for not going along with the Convention of States.”

Hollis noted three elements that need to be discussed during the legislative session early next year: restoring restraints on the federal government, limiting the power of federal jurisdiction and creating term limits on federally elected officials.

“The people of Nevada, by working together with state legislators can help restore the checks and balances on federal power that were put in place by our founding fathers to protect our liberty from the abuses in Washington D.C.,” Hollis said.

The former commissioner also said he would like to see the term limits set on most federally elected offices, where officials would serve out their terms and return to their respective careers.

“I would say the House of Representatives and the Senate should have a six-year term,” he said. “If they can’t get something done for the people of this country or the State of Nevada, in six years, then they need to retire anyway. We need fresh ideas in there and people who are willing to go in there, work for six years, and go back to their previous life before they were elected.”

Additionally, Hollis said the status quo does not serve anyone except for what he referred to as “career politicians.”

“What we don’t want is some of people who we have in office right now in Nevada, that have done nothing but work public service and never held a real meaningful job where you actually work with your hands,” he said.

As an example, Hollis took issue with U.S. Senator Harry Reid who has served in the United States Senate since 1987. Reid, a Democrat, is being replaced as Senate Majority Leader by Mitch McConnell, a Kentucky Republican who has been is the Senate since 1984.

“He has spent 98 percent of his time in public service,” Hollis said of Reid. “I think he’s done some good, but I think he’s lost his way because the longer they stay in, the worse it gets and that’s why I’m supporting term limits. I think most of your senators and house members do a wonderful job when they first get in.”

Hollis is also gauging interest in locals who may want to volunteer in the petition effort. Those interested in learning more about the issue are urged to contact Hollis directly at 775-727-3169.

Hollis has a long history of local politics in Nye County.

He and his wife Geneva have been a residents of Pahrump since 1969, and Hollis served on the Pahrump Town Board from 1996 to 2000. In November of 2004, he won the District 3 County Commission race by a 3-percentage point margin.

At present, Hollis is the namesake for his company, Gary Hollis Consulting LLC.