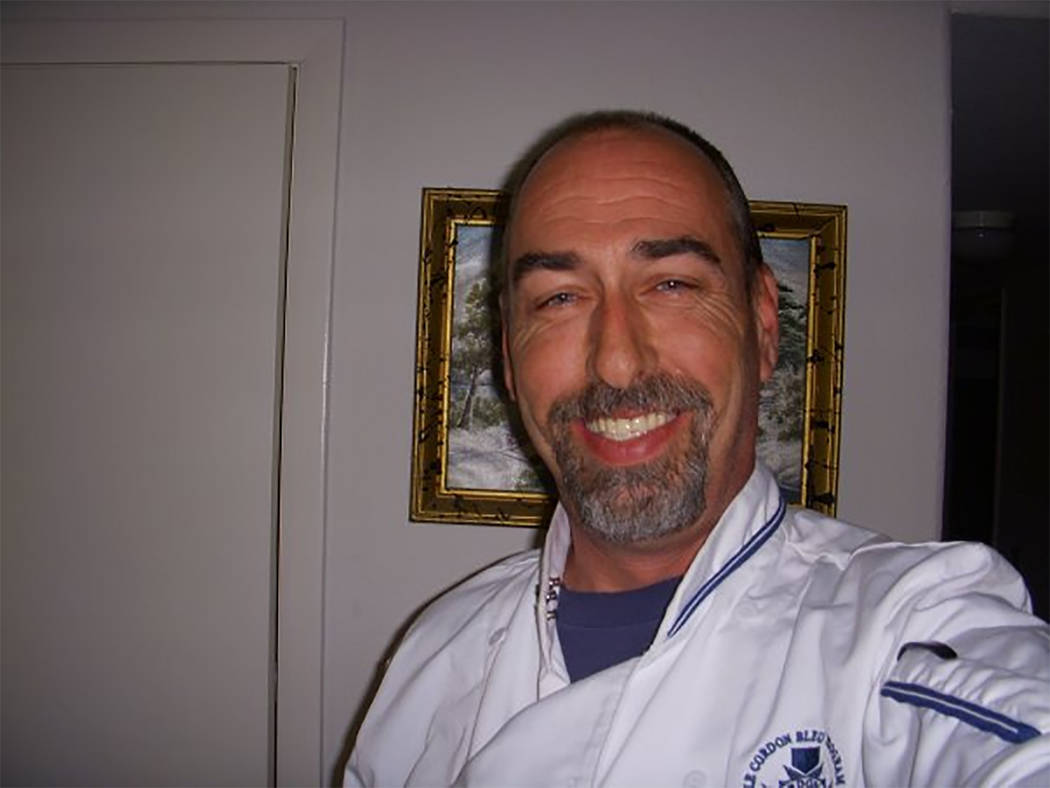 Special to Pahrump Valley Times Former KPVM Television News reporter and weather anchor Marcus Rose passed away on April 11, at age 53. Rose was well known for his sense of humor and sharp wit while providing the nightly weather forecast five days a week during his time at the station.

Just about anyone who has lived in Pahrump for an extended period of time would no doubt know the name Marcus Rose, who served as a reporter and weatherman for Pahrump’s sole television station, KPVM News 46.

Sadly, Marcus passed away from lung cancer on April 11.

Consider this story as a tribute to the memory of my friend whom I’ve known for more than 12 years.

Those who do remember Marcus, would surely agree he was a very talented and fearless reporter with a keen wit and a wicked sense of humor.

Marcus was the father of three boys, respectively named, Q, Zorin and Neo.

There’s that sense of humor I just mentioned.

I recall Marcus showing me the fruits of his labor, creating confectionary delights that were as pleasing to the eye as the palate.

He obviously loved his new career.

Additionally, Marcus was indeed a straight-shooter, as he had no qualms with speaking his mind on any topic.

As a news reporter and weather anchor, I was amazed by Marcus’ no-fear approach to local issues he brought to the viewer five nights a week.

I had the privilege of meeting Marcus when I applied and was hired as a part-time weekend reporter at the television station back in 2005.

With no television experience on my part, Marcus took me under his wing and showed me the ropes of being a local reporter, as we drove around in the news Jeep reporting on the events of the day in southern Nye County.

Though Marcus’ talent and professionalism was second to none in the community, from time to time he would receive calls and emails from viewers asking why he wore shorts while doing the weather forecast, though he did sport a suit and tie.

Sometimes the camera operator would get a wide shot, revealing his casual wear.

Additionally, Marcus in my opinion, maintained a liberal stance when it came to most social issues.

He was also a very strong supporter of both medical and recreational marijuana.

I will never forget the time we were covering a story at the Nye County Sheriff’s Office, speaking to some of the top brass.

After completing the interview, Marcus and I were exiting the sheriff’s office, when he uttered to a K-9 deputy with his dog, “If that is a drug sniffing K-9, I really think you should get your money back,” he said, with a huge grin.

I, meanwhile, kind of put my head down and kept quickly walking for the exit.

Marcus was also a big fan of the animated series, “Spongebob Squarepants,” by virtue of all of his tattoos depicting the characters.

He also strongly embraced his Scottish heritage, by virtue of his Tartan plaid kilt and Rose Clan Coat of Arms.

Marcus was also a very talented guitarist, with a passion for the music from the rock band Queensrÿche.

Prior to his death, he often performed standup comedy at clubs during open mic night in area clubs, to promote Pahrump’s food pantry.

“Marcus truly loved his kids,” he said. “Marcus loved doing his weather segment here at the station, and it was both funny and scary to hear what would come out of his mouth, live on air. He kept me on the edge of my seat and he beat to his own drum beyond this world. We have lost a wonderful man. KPVM will miss his presence, as he was a deep thinker. We love you Marcus. I will see you on the next journey.”

Marcus’ funeral service was held at the Church of Jesus Christ of Latter-day Saints in Las Vegas on a recent Saturday, with a host of family and friends on hand, along with a Spongebob Squarepants floral spray.

I am fortunate to have met Marcus Brutus Rose more than 10 years ago here in Pahrump.

I consider him a very close friend and mentor to me.

He would often refer to me as his “brother from another mother.”

He will never be forgotten in my mind.

I’d also like to thank my editor David Jacobs for allowing me to author this tribute in a first-person format.

Rest in Peace, Marcus my friend.