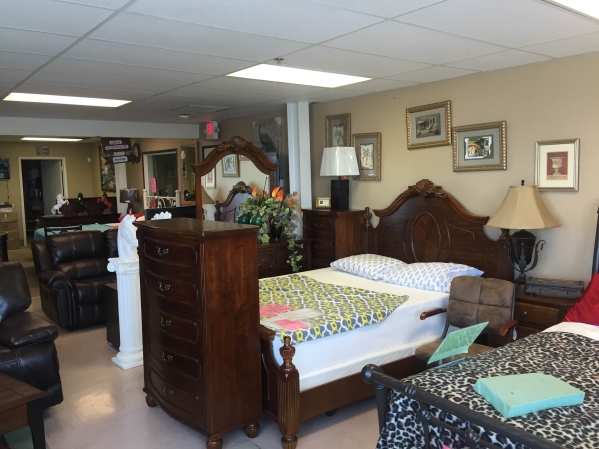 An increase in real estate sales could be driving increased taxable sales numbers in the furniture market, according to local retailers.

The latest sales tax numbers released by the Nevada Department of Taxation earlier this month showed one sector saw a particularly high jump in sales over last year.

Overall for the year, furniture and home furnishings sales in Nye County are up 24 percent, as this year has seen $3.83 million in sales compared to 2014’s $3.09 million.

Ron Frazier of Frazier Furniture, said he’s seen numbers similar to the report’s and that a special they’ve run helped their sales.

“I think that some of it has to do with us running a 20 percent off sale,” Frazier said. “It is a better value for the customer, but it still allows us to take care of our fixed charges and take in a little bit of profit.”

“Probably near there,” Nacpil-Schulz said. “I was looking at my records and it increased drastically.”

Nacpil-Shulz attributed her sales jump to the gradual rebound of real estate in town, with outsiders looking to live in a place where it’s cheaper to live.

“It’s because a lot of people are now attracted to here in Pahrump, all the people from Las Vegas because of the high cost of living in Las Vegas,” Nacpil-Schulz said. “We are a lower cost of living and we are very generous to medium (class) people. Set income people is who we attract and that’s what we work.”

Frazier explained that the strong sales have continued for his store well into the summer months.

“Actually July was the best July that we’ve had in about six-or-seven years,” Frazier said.

With the strong start, Nacpil-Shulz sees the trend of increased sales continuing.

“Come fall and winter, because holidays are coming, we are hoping for it to continue for the better,” she said. “Hoping for a continuance and more.”