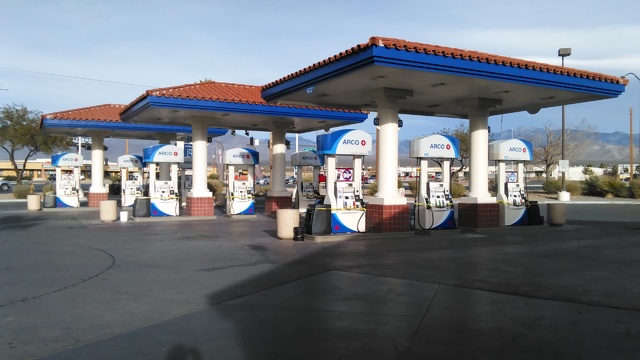 With the holiday season set to wind down with this weekend, gas prices have spiked slightly in the area.

The lowest price for regular unleaded gasoline paid with cash in Pahrump was $1.99 as of Tuesday afternoon, which is up two cents over last week’s $1.97 price.

Statewide, gas prices have increased 1.9 cents per gallon in the past week, averaging $2.40 per gallon Monday, according to GasBuddy.com.

Nationally, the average has increased 2.7 cents per gallon in the last week, which now sits at $2.28 per gallon.

“While the benchmark West Texas Intermediate crude closed last week near $53 per barrel, it’s doubtful that we’ll see any momentum this week since trading is generally low volume between Christmas and New Year’s Day,” said Gregg Laskoski, senior petroleum analyst for GasBuddy. “Similarly, expect the aggressive escalation that we saw for retail gasoline prices through much of December to stall out in the final week of the year.”