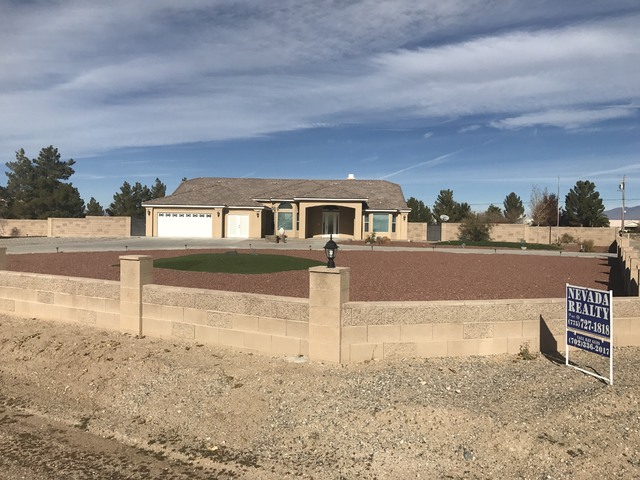 November saw 33 homes sold in Pahrump for an average of $188,903, with both those marks eclipsing November 2015, according to the Greater Las Vegas Association of Realtors. For the year there have been 411 homes sold, already besting 2015's total of 408 single-family units sold. Mick Akers/Pahrump Valley Times

The heightened sales represent just under a 14-percent increase in volume and a nearly 22-percent jump in the average sale price.

Scott Beaudry, GLVAR President, explained that the rise in home sale prices is something that is being seen throughout Southern Nevada.

“It’s a good sign to see home prices going up and still appreciating at a healthy clip compared to last year at this time,” Beaudry said. “Last November, prices were flat. In past years, home sales usually saw a slight dip in prices heading into the holidays.”

Despite the usual trend around this time of year, Beaudry explained that 2016 looks to be going in a different direction sales-wise.

“I’m pleased to see more homes selling this year,” he said. “It might be because people want to buy before the end of 2016. I hope that trend continues, even with mortgage rates going up a bit lately.”

If last year’s performance holds true this year, the year should close out on a healthy note as 47 single-family units were sold in Pahrump in December 2015, which was the most homes sold in any month last year.

With the 33 homes sold in November added to the yearly total, it brings the number of single-family units sold in Pahrump to 411, which already eclipsed 2015’s total of 408 homes sold, with December to go.

With an average of 37 homes being sold per month in 2016, this year is on pace to sell 448 homes, which would be one of the strongest years in the housing market in the valley in the last decade.

Through November, single-family unit sales have generated $2.05 million from the 411 homes sold. That is ahead of 2015’s pace though the first 11 months of $1.97 million in sales.