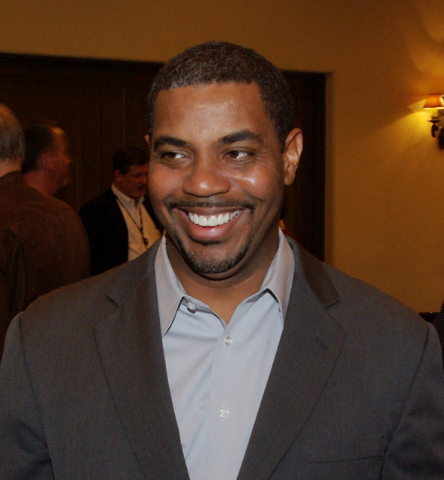 Local veterans appear to be containing their enthusiasm about a proposed new VA clinic coming to the Pahrump Valley.

“The bottom line is, we will get an answer very soon on when construction can begin,” Horsford said. “They gave us a time line and we will hold them to the time line. Just know it is going to be as quickly as possible.”

Pahrump’s DAV Chapter 15 Service Officer Bob Hammond suggested this week that he has “seen that movie before” and will wait and see whether the latest discussions bear fruit.

He did however have one message for veterans officials – “Put the shovels in the ground already.”

“I’m not sure how successful it was because they have been telling us that the clinic will be coming for the last three years. What is positive is the fact that we now have more of a tentative date. They said they hope to have the groundbreaking this fall but we are still looking for a specific date,” he said.

Hammond said once the construction phase does begin — initial plans called for a 4,500-square-foot facility, but that size more than doubled, which required the additional spending to be authorized at the highest level of the VA, Horsford says — it will still be quite some time until the facility will get up and running.

“The clinic itself is probably going to take 18 months to build, to house and equip but at least they can start the construction. Again, I hope the groundbreaking can begin sometime this fall according to what they’re saying,” he said.

Hammond said he is optimistic this time around due to the nature of the conversation from VA officials.

“They are using better terminology for it when they said this fall. Before, we have not had any specific time frame. From my perspective after working on this issue for the last three years, we now have a positive project date,” he said.

Moreover, the service officer said he and other DAV officials would like to see some kind of a physical indicator at the site where the proposed clinic will be located.

Though nothing has been set in stone, conventional wisdom dictates the clinic will be in the vicinity of Desert View Hospital.

“The other thing that we have asked for when we met with Congressman Horsford’s office is signage showing the future site of the Pahrump Community Outreach Clinic. It will be adjacent to the hospital’s north side off of Lola Street,” he said.

The news of the proposed new VA clinic arrives at a time after allegations of preventable deaths, long waits for medical care and falsified appointment records have come to light as of late.

Hammond said he is thankful that local veterans by-and-large have not experienced what many in larger communities are now facing.

“The Pahrump clinic on Calvada has been rated very highly as far as meeting expectations and appointments. I have not talked to any vets who have had continual cancellations like some of the larger clinics where vets have waited for months to get an appointment,” he said.

Services the VA provides are comprehensive for all veterans.

Tony Falcone, a service officer and chaplain for the DAV, said this week that too many veterans are not aware of what types of benefits are available to them.

He spoke of one disabled veteran who at one time was taking up to five nitroglycerine tabs a day.

After consulting with DAV officials and a VA physician, Falcone said the man is now doing much better health- wise.

“Anyone who takes that many nitro tabs a day certainly has a health problem. He had a triple bypass and other health issues and he just looked beat down. We were able to help him with a few things and now he’s down to just two nitro tabs a week. He has a new place to live and a dog for companionship. He’s a happy camper. We want veterans to know that’s what we’re here for,” he said.

Tomorrow a community-wide barbecue is scheduled from 8 a.m. to 3 p.m. at Ian Deutch Park.