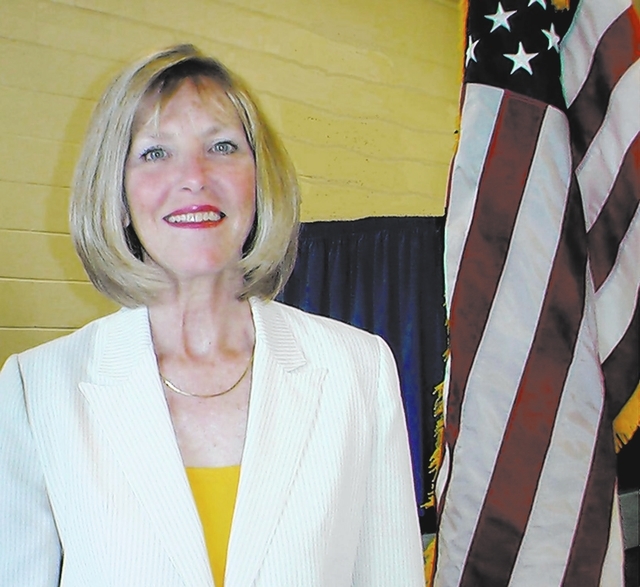 “Laurayne Murray brings a wealth of experience serving Pahrump residents to our office,” Horsford said. “I look forward to her joining our team and strengthening our successful constituent services in Nye County.”

Before moving to Nevada in 2001, Murray held numerous management positions with AT&T in her home state of Pennsylvania. She spent several years as human resources manager and was executive assistant to the sales vice-president for phone centers.

Murray is also a founding partner in a management consulting company specializing in training leadership and organizational design and effectiveness.

Murray was elected to the Pahrump Town Board in 2004, finishing second among all candidates with 4,950 votes, 26.9 percent of the total. But she was unable to parlay that into higher office in districts where a majority of the voters are Republicans, losing the 2006 Nevada Assembly District 36 race to Republican Ed Goedhart 9,233 votes to 6,652, a margin of 52.9 percent to 38.1 percent.

Murray has been an at-large member of the Nevada State Democratic Party executive board representing rural counties. As a Pahrump Town Board member, she was their liaison to the Pahrump Regional Planning Commission.

Murray is an active volunteer in the community and is president of Soroptomist International of Pahrump Valley. Horsford said Murray had experience providing outreach and services throughout rural Nevada as a VITA volunteer providing low income residents tax assistance and as site supervisor for adult Title One services in the rural Job Connect office.

Horsford said with the addition of Murray and Alex Harman, as staff director and general counsel working out of the North Las Vegas District Office, 50 percent of his congressional staff resources will be dedicated to Nevada offices with an emphasis on constituent services.

Murray said she’ll be working part-time and be based in Pahrump, but will also provide outreach services for Amargosa Valley, Beatty and outlying Clark County.

Murray expects to hear from constituents who need help knowing where to go, what to do over veterans’ issues, Social Security, the Internal Revenue Services or others. She will also do community outreach attending meetings and keeping an eye on local needs for which the congressman may help. It’s not a campaign office, she said.

“His responsibility is not only in Las Vegas, he also has a focus on the broad reach of his congressional district and to try to get as much help as he possibly can at all locations in the district. Pahrump is important enough to have a person here part-time. That’s something we haven’t seen in a long time,” Murray said.