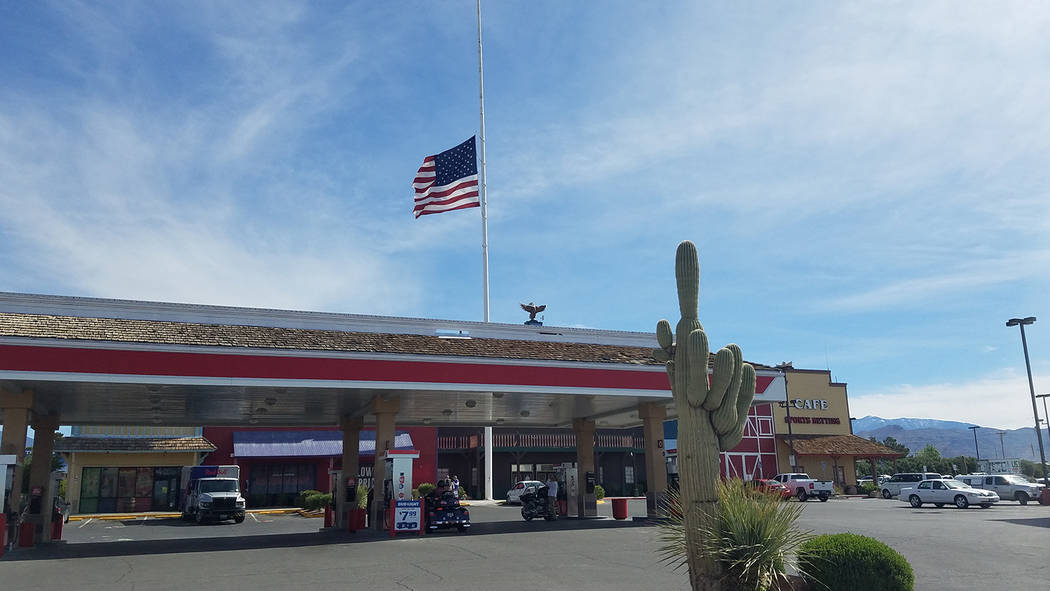 David Jacobs/Pahrump Valley Times In this photo, the American flag is shown at half-staff in Pahrump. President Donald Trump ordered that flags be flown at half-staff at all public buildings, grounds and other sites as a tribute to John Glenn, who in 1962 became the first American to orbit the earth.

The American flag flew at half-staff in Pahrump and around the United States on Thursday in honor of former U.S. Senator and astronaut John Glenn, who died Dec. 8 at age 95.

Glenn, of Ohio, was being buried Thursday in Arlington National Cemetery.

His family asked for his burial to be scheduled for Thursday, the 74th anniversary of his marriage to his high school sweetheart Annie, according to a McClatchy news story.

President Donald Trump ordered that flags be flown at half-staff at all public buildings, grounds and other sites as a tribute to Glenn, who in 1962 became the first American to orbit the earth.

Glenn returned to space at age 77 in 1998 as an astronaut on the space shuttle Discovery.

The flag was to fly at half-staff until sunset Thursday “as a mark of respect for the memory of John Glenn,” Trump said in a proclamation.