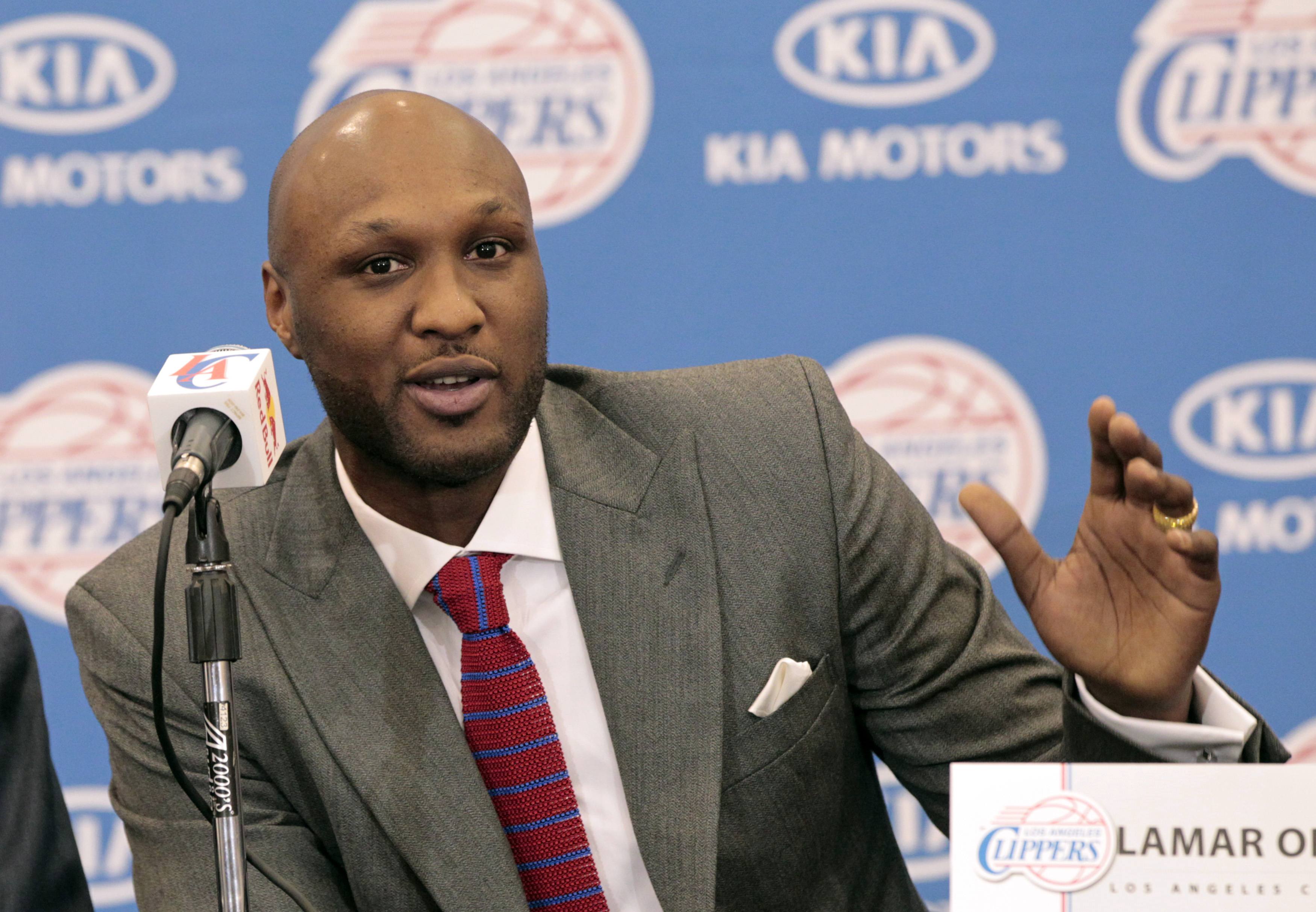 Basketball player Lamar Odom speaks at a news conference announcing his acquisition by the Los Angeles Clippers in Los Angeles, California in this July 2, 2012, file photo. Odom was hospitalized on October 13, 2015, after he was found unresponsive at a Nevada brothel, law enforcement officials said. EUTERS/Mario Anzuoni/Files

The investigation into what what sent Lamar Odom into a medical crisis at an area brothel Tuesday could lead to charges being filed against various parties including Odom himself.

During a press conference held on a Wednesday afternoon, officials from the Nye County Sheriff’s Department declined to provide an update on Odom’s condition but said it’s possible he could face possession charges if the substance in his blood is determined to be cocaine.

A 911 caller told Nye County Sheriff’s office dispatch that Odom had been using cocaine. Wehrly said Odom had been at the Love Ranch since Saturday and used up to 10 tabs of sexual performance enhancer supplements over the last three day period.

“We do know what his condition was but because of the fact that it’s an active investigation, I can not share this right now,” Detective Michael Eisenloffel said.

Odom’s blood was drawn after he was transported to Sunrise Hospital and booked into the Nye County Sheriff’s Office evident and is awaiting submission to the Las Vegas Metropolitan Police Laboratory for processing, officials said.

In a press release sent out early Wednesday, Hof said Odom “largely kept to himself, and at no time did he engage in any drug use in the presence of of anyone in the house.”

Rumors of Odom’s death swirled around social media Tuesday night and Wednesday, but those have proven to be unfounded. Odom is the ex-husband of Khloe Kardashian, who filed for divorce from the athlete in December 2013 after four years of marriage. The divorce was finalized on July 21, 2015.

Eisenloffel said officials had  made a “preliminary contact” with “somebody” from the Kardashian family.

“They were understandably distraught over the circumstances,” he said.

“At this point the case is ongoing,” Wehrly said. “We would like to extend our best wishes to Mr. Odom and his family and we are hoping for a speedy recovery.”

The 6-foot, 10-inch Odom was unable to be airlifted to a Las Vegas hospital from Pahrump due to his size, so he was transported by ground to Sunrise Hospital in Las Vegas, according to Sheriff Wehrly.

First reported by the celebrity news website TMZ, Odom was discovered passed out at the Love Ranch in Crystal with fluid coming out of his mouth after he was rolled over.  An ambulance was called and Odom, 35, was rushed to Pahrump hospital. Once there, doctors reportedly determined he could not breathe on his own.

The Nye County Sheriff’s office confirmed at 6:50 p.m. Tuesday that a call came into their dispatch at approximately 3:15 p.m. on Tuesday from Richard Hunter, media director for Dennis Hof’s Bunny Ranch, requesting an ambulance for an unresponsive male experiencing a medical emergency at the Love Ranch nearly 20 miles north of Pahrump.

An ambulance from Pahrump Valley Fire and Rescue Service arrived at 3:34 p.m. and the Odom was stabilized and transported to Desert View Hospital arriving at 4:16 p.m.

According to Wehrly, after being treated by the physicians, arrangements were made to transport Odom by Mercy Air helicopter. However, Odom was unable to be transported by air due to his stature. He was immediately transported by Pahrump Valley Fire and Rescue Ambulance to Sunrise Hospital in Las Vegas for further treatment.

The brothel is located 20 miles north of Pahrump off Highway 160 before reaching the U.S. Highway 95 interchange. It is one of seven brothels in Nevada owned by Dennis Hof, who is best know for the HBO reality series, “Cathouse: The Series.” Based at Hof’s Moonlight BunnyRanch east of Carson City, the show debuted in 2005.