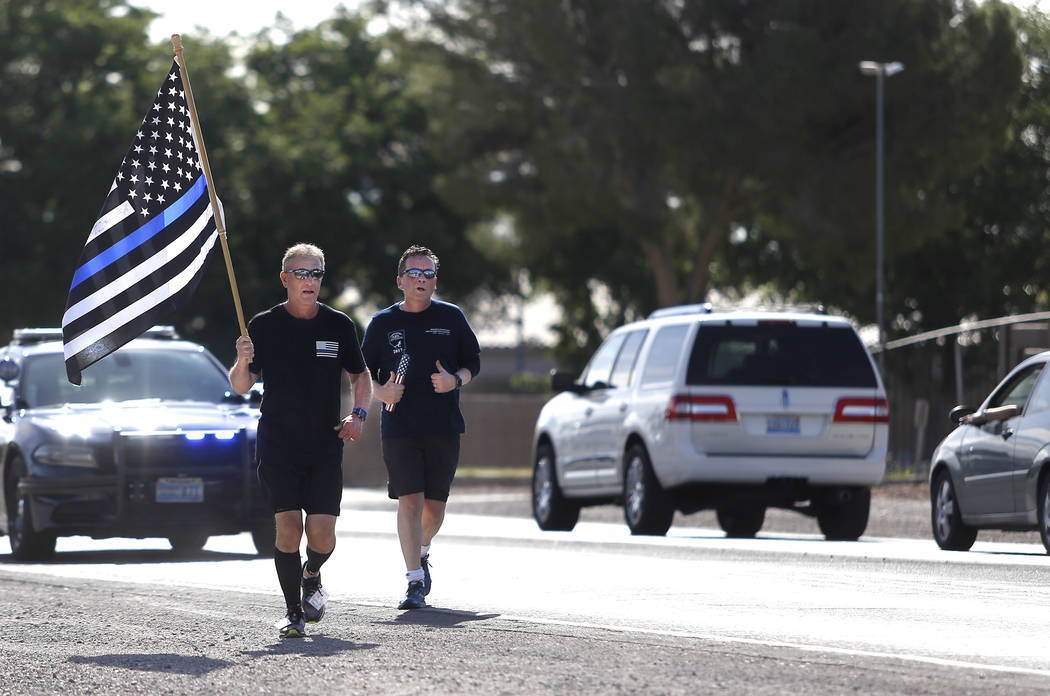 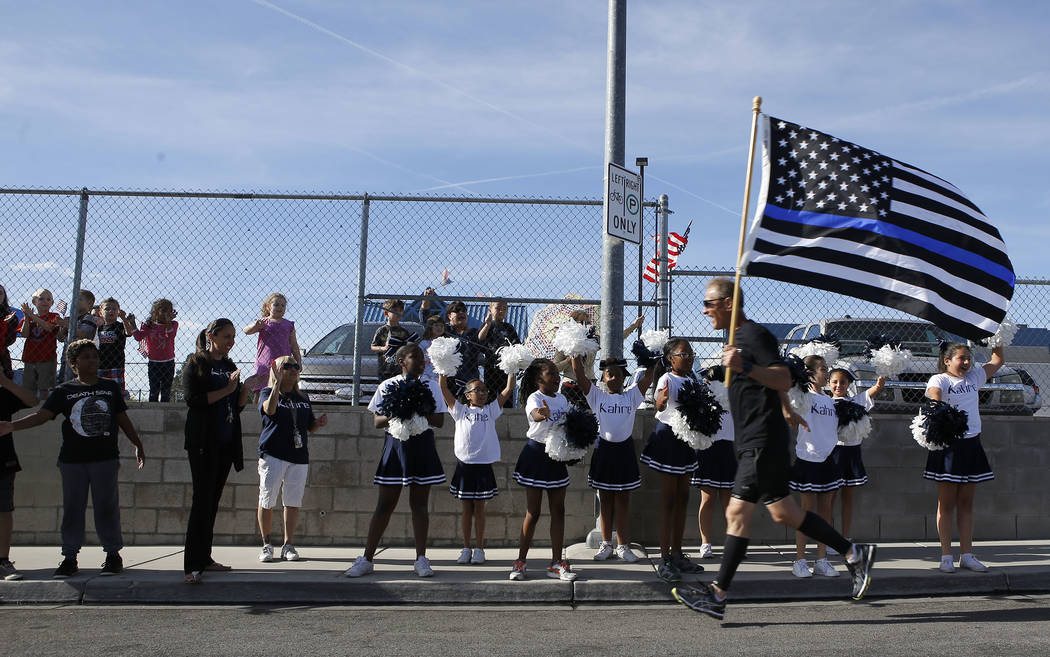 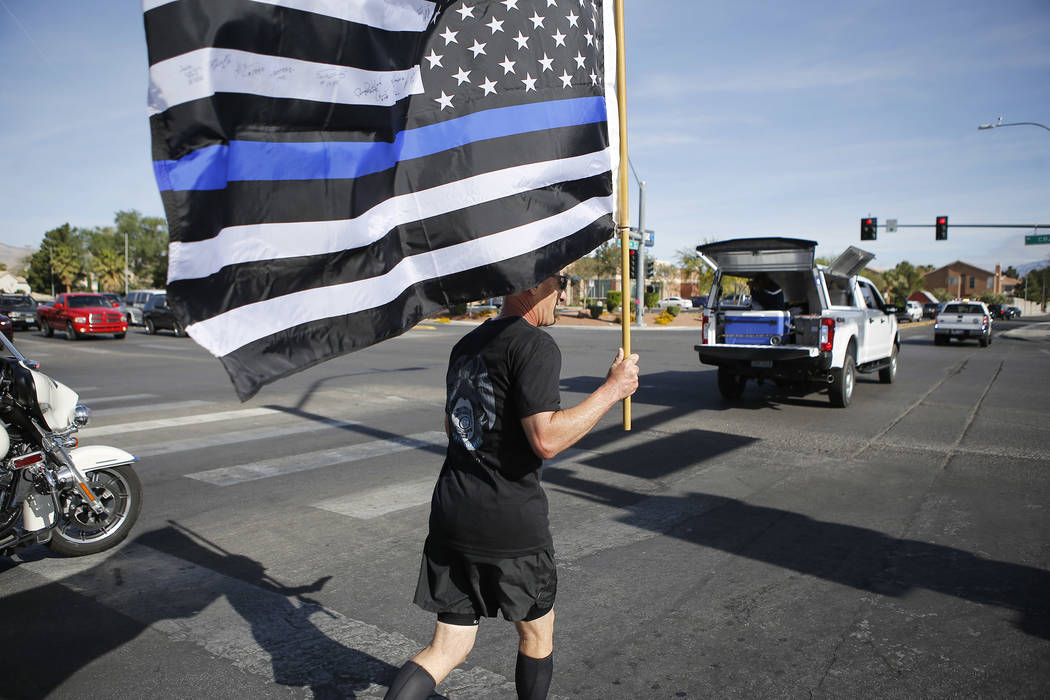 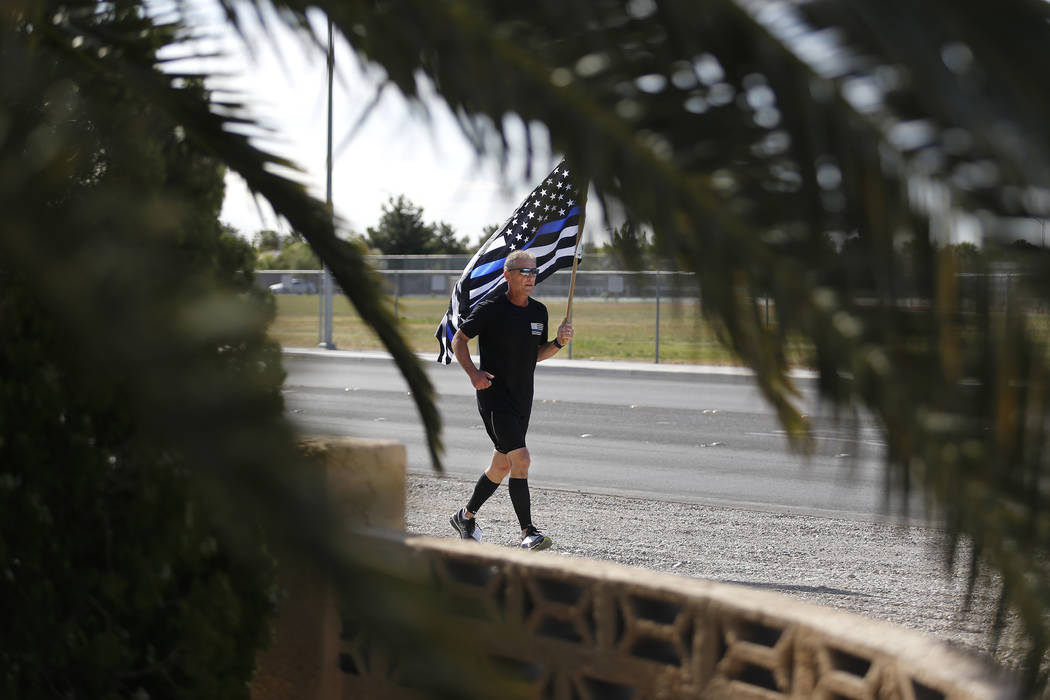 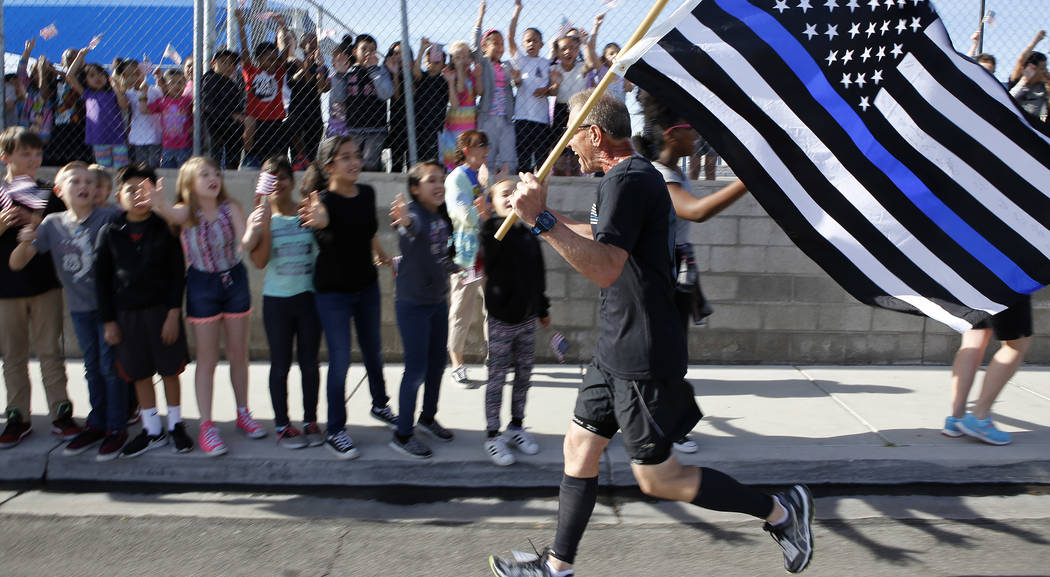 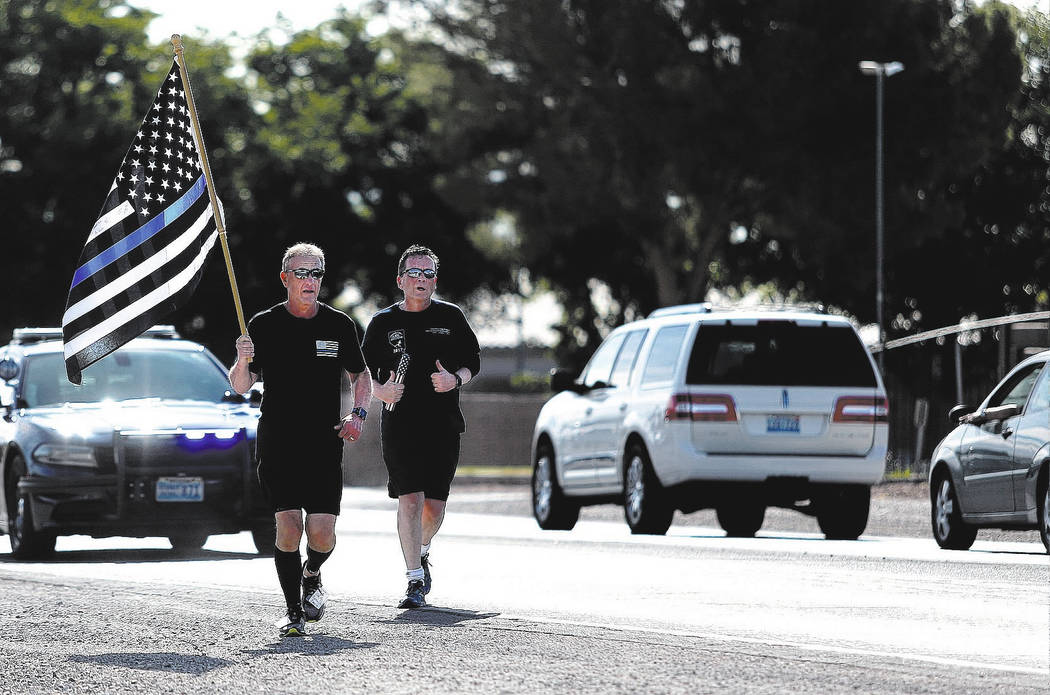 Police officers and others set off Wednesday morning on a 430-mile run from Las Vegas to Carson City to honor fallen law enforcement officers.

The run, now in its 19th year, recognizes Nevada law enforcement officers who were killed in the line of duty. The run is broken up into 132 legs to represent the state’s fallen officers.

Las Vegas police officer Charleston Hartfield was off-duty when he was killed in the Oct. 1 shooting on the Strip.

Another leg was added to represent National Park Service ranger Thomas Brown, who was killed during an on-duty training exercise at Lake Mead National Recreation Area in 1973. The reason for the delay in adding Brown to the run roster was not known.