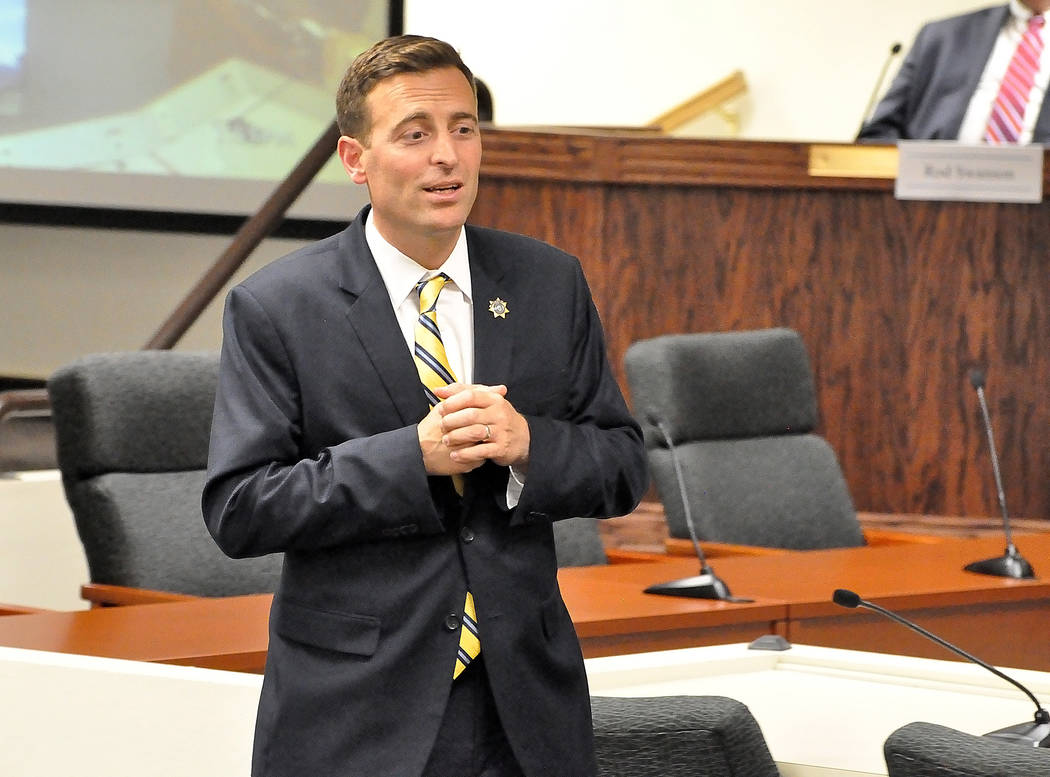 Nevada Attorney General Adam Laxalt made a stop in Pahrump on Friday morning to assist Pahrump veterans with their civil matters.

A Wills and Powers of Attorney Workshop for veterans and active duty members was held at the Veteran’s Service Office located at 1981 East Calvada Boulevard.

Laxalt said he saw the need for the program when he was a judge advocate general (JAG) officer in the Navy.

“We know as JAG officers, that we have our military community needs helped with civil legal issues and unfortunately, the military can only help a tiny bit. When the cases get hard, we need a real lawyer that can file paperwork in court when they need that,” Laxalt said.

Director for the Office of Military Legal Assistance Nic Danna said officials assisted about 25 people during the four-hour workshop.

Service members can come to the program through their JAG officer, while veterans need to reach out to their Veteran Services Office, officials said.

The Office of Military Legal Assistance holds wills and powers of attorney workshops throughout Nevada at least once a month.

“It’s really important for us to champion this program across the state and help to draw attention that it exists. We don’t have some huge budget to go advertise this thing, so it’s done through the veteran communities, the VFWs and through the veterans’ service officers,” Laxalt said.

“Any chance I’ve got to help get the word out that these services exist and that they are pro bono, I like to try to do that,” Laxalt said.

Workshops were recently held in Boulder City and Laughlin. The next stops on the schedule include Reno and Elko.

“We are trying to circle around the entire state with the program,” Laxalt said.

The Office of Military Legal Assistance helped to handle nearly 1,000 cases through its pro bono partnerships since its launch in November 2015.

“To be able to get $300 to 400 worth of wills and powers of attorney and lawyers, it’s all pro bono and all happens in an hour. They are incredibly grateful. Sometimes, they will hug our lawyers and there will be tears and that kind of thing. They are just grateful that someone is working to help them,” Laxalt said.

Nevada is home to an estimated 11,400 active duty military members, 7,620 reserve members and over 228,000 veterans, according to the Nevada Attorney General’s Office.

More details about the program are available at nvagomla.nv.gov