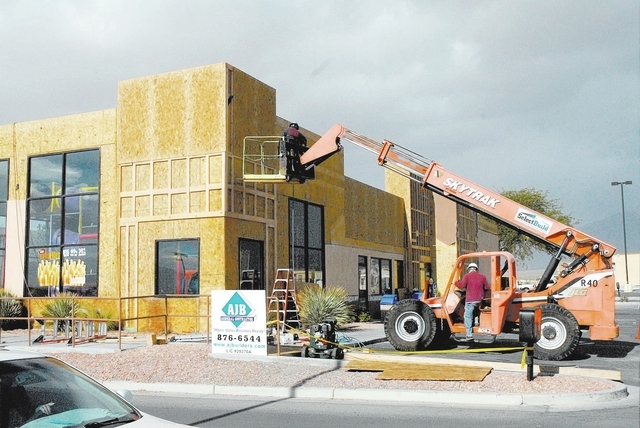 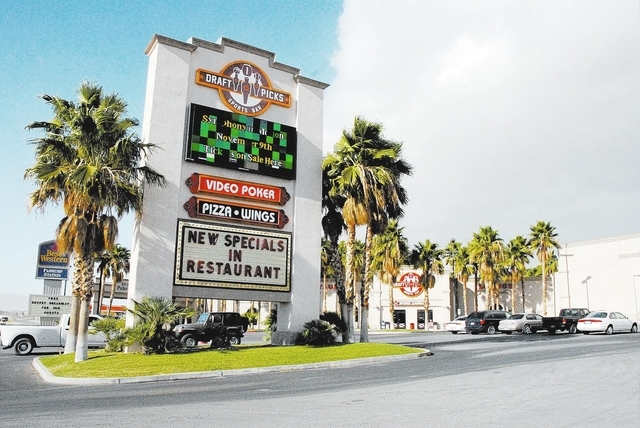 There are several businesses making changes in Pahrump.

Wulfy’s has formally turned into Draft Picks as the signage is up, spokesman in the Best Western reception area said the signs were installed last week.

There are a few changes to the restaurant menu. Chef Mike Skadden said the changes are gradual. “Everyone is trying new things to get fresh business.”

He said the biggest change is the addition of a 12-ounce New York strip steak to the dinner menu. It’s been several years since the restaurant offered steaks. This one is served with a baked potato and sauteed vegetables.

The appetizer menu is the same except Skadden said the restaurant has brought back its fried mushrooms and now offers a sampler platter of appetizers which includes, buffalo wings, chicken tenders, jalapeno poppers and onion rings.

Draft Picks is also making its version of a fast food burger. The barbecue bacon cheeseburger is made with cheddar cheese and topped with onion rings.

Gone is the chicken Caesar salad. Now guests have the choice of adding chicken to any salad. The former Wulfy’s location did not offer desserts, but Skadden said Draft Picks offers a triple-layer German chocolate cake, a gooey chocolate lava cake with whipped cream and tarts, which he said, “are tart and tangy.”

Skadden said he’s sure more changes are coming, but they will be done slowly and carefully.

Burger King is another local favorite which is up for a total facelift according to day manager Shaylyn Garcia who said the outside of the building will be first. Right now, the building signs are down and being stored in the rear of the property while a new backing covers the exterior in anticipation of paint. A few barricades are already in place for customer safety.

The inside will get a remodel beginning Nov. 3. Alex Reiland said the exterior will be more modern, as will the lobby and restaurant. “We are going to get new tables and booths and the restrooms will be remodeled, too. She said the kids’ play area is due for insulation. “It gets very hot in there during the summer, so I think they plan on covering some of the windows. Basically, everything is being renovated but the kitchen.” The restaurant is also scheduled to sport televisions on the walls.

Two new sandwiches are due to be released today. The rib sandwich is back but will be released on the dollar menu and this restaurant, too, is making its version of another fast-food chain favorite. The double-decker Big King will be served with king sauce, lettuce, onion and pickles and will debut on the regular menu.

Asked how the new “Satisfries” were being received, Reiland said, “They are doing quite well. People seem to like them.” The fries have a coating which prevents them from absorbing so much fat in the deep fryer. According to a Burger King press release, the popular side contains 30 percent fewer calories and has 40 percent less fat.