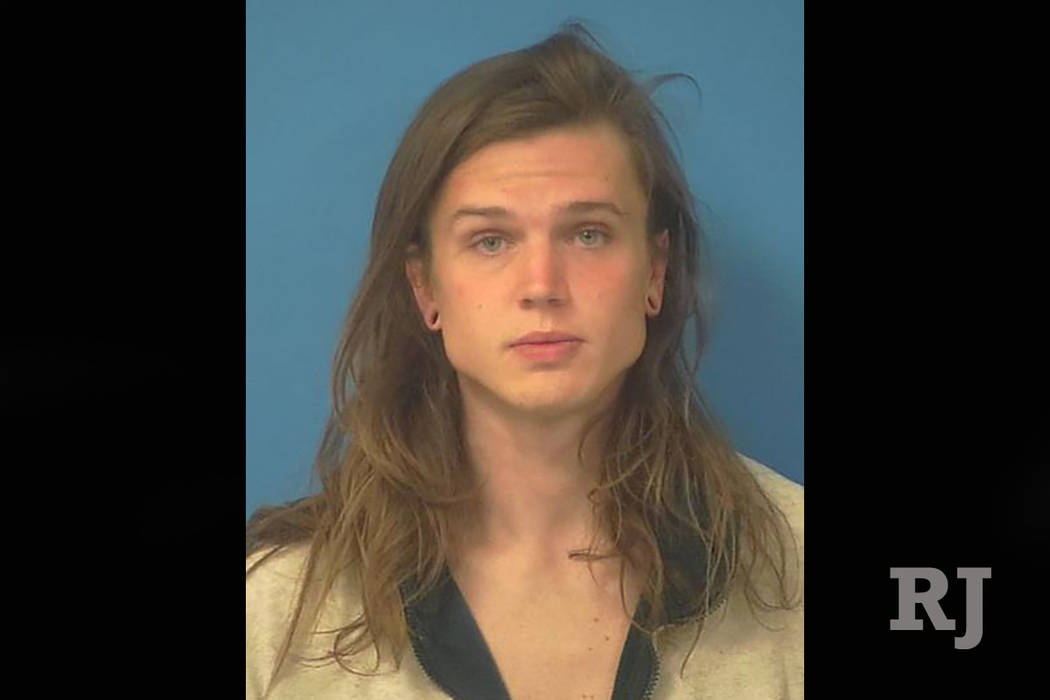 Nye County sheriff’s deputies arrested a 23-year-old man in Beatty on suspicion of kidnapping, sexual assault and other charges connected to the disappearance of a New York woman he reportedly met online, authorities said.

Deputies responded to a Beatty motel after dispatchers received a call at about 8:21 p.m., Nov. 2 from a citizen reporting a woman had suffered several injuries after a physical altercation with a man, according to a release from the sheriff’s office.

Upon arrival, deputies found a 25-year-old victim with multiple injuries. She told detectives her boyfriend beat and choked her and later left her unconscious on a nearby street.

When she regained consciousness, he took her to a motel room where they had been staying and handcuffed her to some furniture, the release said.

The boyfriend, identified as Jon Wesley Turner of Elmira, N.Y., reportedly continued to beat and choke her, and also used a hatchet to injure her, the release said. The woman was able to free herself and sought help at the motel office.

Deputies searched for Turner, who had left the motel, and detained him nearby. During their investigation, detectives found that Turner and the victim had been reported missing out of two different jurisdictions in New York since about Aug. 25.

The victim had met Turner online weeks earlier and began a relationship with him in New York, according to the release. At some point, Turner allegedly forced her to leave the state with him, threatening to kill her if she didn’t, it said.

Her vehicle was later found abandoned in the Big Bear area of California.

The pair had been in Las Vegas before going to Beatty, the release noted. The victim, who was later treated at a Las Vegas hospital, told detectives Turner sexually assaulted her over the approximately two weeks they spent in Beatty, it said.

Turner was arrested Thursday and booked into the Nye County Detention Center in Pahrump, where he is being held on $275,000 bail. He faces charges of battery, domestic violence with strangulation; battery with a deadly weapon; assault with a deadly weapon; false imprisonment; sexual assault; and kidnapping, first degree, the release said.

Anyone with additional information is urged to contact the sheriff’s office at 775-751-7000 or by email at NCSO_Detectives@co.nye.nv.us.