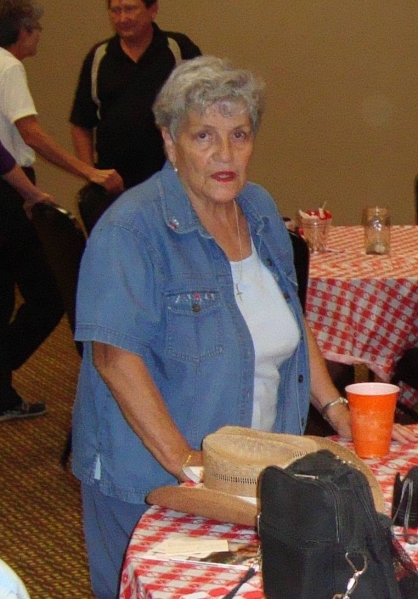 The man facing murder charges after his stepmother’s body was found in a closet in the house they shared made a court appearance on Tuesday, but has not yet entered a plea.

Robert James Marygold, 59, was arrested July 24, on suspicion of murder after the Nye County Sheriff’s Office found the body of his stepmother, Alma Marygold, in the home they both shared. Police believed she had been killed July 13.

Local attorney Harry Gensler was appointed to represent Marygold, whose next scheduled court appearance, a preliminary hearing, is set for Sept. 2 in Pahrump Justice Court.

“I’m not sure about a plea agreement but the district attorney said that there would be an offer,” Gensler said. “Obviously my client is pretty shaken up and it’s a very unfortunate situation all the way around. It is my understanding that my client talked to the police for quite a while. That’s not usually a good idea without proper legal representation.”

According to the police, Robert Marygold, after waiving his Miranda rights, admitted during an interview with detectives to shooting his stepmother twice in the chest with a .45 caliber handgun and concealing her body within the residence.

Deputies with the Nye County Sheriff’s Office had responded to the residence on West Florida Street in Pahrump to check on the welfare of an elderly female after out-of-state family members called to report they had no contact with her for several days. The family spoke with Robert Marygold about Alma Marigold’s whereabouts and he told them that she had gone camping, according to police.

The investigating deputy, after arriving at the residence, noticed an extremely foul odor coming from within the home and made entry, according to the arrest report.

Upon entry police found a body wrapped in trash bags and a blanket in a bedroom closet. After unwrapping the body, it was determined that the description of Alma Marygold matched the deceased person found in the home.

Detectives responded and obtained a search warrant to search the home for any evidence that could possibly reveal the cause of death.

During the course of the investigation, Robert Marygold arrived home. Police identified him as being the deceased woman’s stepson. He was found to be in possession of her debit card, making several withdrawals from her account at a local casino, and confessed to the crime, according to police.

Due to the advanced decomposition of the body it was tough for police to determine and locate any evidence of gunshot wounds, but several corroborating details were confirmed through evidence at the scene.

Marygold was placed under arrest and transported to the Nye County Detention Center where he was booked and held without bail.